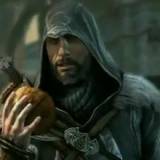 Got to say I haven't played on a bad game so far this year.

I bought the anthology due to Relics reputation but personally I didn't like the gameplay at all, I expected something half way between Dow and Dow2 but I just didn't enjoy the game at all and uninstalled it within a week.

Intend to catch up on some serious gaming time from exam time. And when Hearts of Iron 3 is finally released I intend to hibernate for the next couple of months.

Otherwise no serious plans for me over the summer.