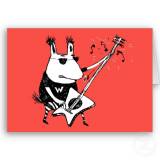 Sounds great to me !!

Yes!! It's time to romance the hammer smith again!!

Just PC and some WiiU for cool arcade fun.

Made my own trip today, mainly looking for the devil tree, but didn't have any luck. I got these though...

The Parish Hall was locked so still haven't seen inside. There was a advert in the window for a yoga class that sounded unnervingly similar to the Third Eye poster ingame.

The Post Office. Marked on the map but not a location you can visit. No Post Office branding and the first time I've seen a post box that wasn't red.

This is brilliant. The phone box doesn't have a phone in it anymore. Instead it's used as a used book exchange for the village with a decent amount of crime fiction in there (and a bit of Jilly Cooper).

The Atlas building in St Helens. A lot bigger than it appears in the game with an Orangery and gardens at the back, a cafe at the front with the Mansion House connecting them in the middle.

Thanks for making THIS game. I bought it right after the quick look and I'm loving it. The acting is great and fun, the controls are not great but it's totally playable, not a big deal.

I find infuriating what Rock.Paper.Shotgun says about how Jenks is ruining the game!

Rock, Paper,Shotgun.says " It’s certainly unfortunate that the weakest actor of the bunch is the main character, Det. Jenks. He’s not bad, but rather incongruous to the tone of the rest of the game" and "His gurning is certainly distracting, but it’s more the exaggerated, playful nature of his delivery that seems both inappropriate for police interviewing".

The reason why I love this game is because of Jenks. Could you imagine Twin Peaks without Dale Cooper? Or Deadly premonition without Francis York Morgan?

Thanks Patrick, I didn't know or realize the real cost for ''just'' create a sprite based character in a fighting videogame....

Interesting piece. I like the idea of interaction between toys and video games but the figurines from skylander and this Dinsney Business are awful, the child inside of me would never buy figurine without points of articulation.