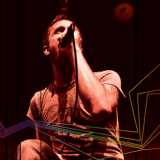 This game is really really good, just finished up the lite version for the iPhone/iPad, highly recommened to everyone that has the devices the game is on (DS/PSN/iPhone/iPad)

been playing the Halo Reach beta lately, getting bored of it allready. It seems like a good game but they need to change a few things until its fully playable. I hope that this is there last Halo game, the games gameplay is starting to wear out, they are lucky the changed it up a little with the class based weapon loadouts etc

Hopefully the final game will be good, anyone else enjoying it?

Not really playing anything new at the moment, but im jamming some Halo 3 multiplayer and waiting out for Super Street Fighter IV, UFC Undisputed 2010 and Halo Reach. Those will be the only purchases ill make this year since im pretty strapped for cash and have quite abit of study this year compared to last but they are a pretty good set of games so ill be occupied for a long long time.

Maybe a product review of Super SF next week if I get the time.

Purchased Tekken 6 and Modern Warfare 2, been playing ALOT of MW2, finished the single player on verteran (kinda easy compared to others) aswell as making it to the first prestige in multiplayer, now I can tone down the play a little bit.

Tekken 6 is cool, nice to practice at home now and play better in the arcades aswell but the online is pretty laggy so ill pick it up again when they patch that shit up!

Both are pretty wicked videos, I loved the AVGN X-Men video since im into X-Men a little, it was pretty funny I sugest anyone that you should download it.

The soilder of fortune VGV is good aswell if you have ever played that game on the DC then you will know exactly what this video is on about.

Just watched this over at gametrailers.com and man it looks wicked! The last 20 seconds of the trailer got me excited haha looks so good.

Cant wait for more videos to come out of E3, will definitely be getting this on release!

Just added my GT to GB Achievement database, CHECK IT OUT!!!!

Havent really been playing much, since I last blogged ive purchased Street Fighter 4 which im liking quite alot, also I imported Tastsunoku vs Capcom the new VS game from them and have been giving that a good go on the Wii. Ive been looking for a arcade stick for Street Fighter 4 since it was released but they are so hard to find, but ive got a pre order down for a Tournament Edition stick from Mighty Ape (www.mightyape.co.nz) so hopefully ill have one by July sometime :D! atm im playing TvC on the wii with a Wii fighting stick which is good liking the game so far but its abit hard since its all in Japanese since its only had a JP release.

Apart from the minimal amount of game playing ive been busy with school doing a few rockquest 2009 heats/finals events only 4 more scheduled for me then hopefully ill have abit more time to play some stuff, AND its my BDAY on sunday (May 31st) WHOOP WHOOP PARTAY!!! Lol turning 18 will be good ill be able to do a whole lot more so that should be good, spending the time in Tauranga for that weekend, should be good.

So till another time where ive played some more games ill update then, PEACE!!!

Well tomorrow I fully move up to Auckland with my brother and his flatmates. Ill be starting my course on Monday, not to sure on the hours ill have to find out once I go to the first class on that day. But yea should be a good year this year. First game ill be purchasing (if I have enough money) will be Street Fighter IV, I have a feeling that ill be getting into this game hardout and play it for a long time. Hopefully the internet at my brothers place is setup to telecom when I get up there instead of that crappy wireless Woosh connection they are connected to :S

So ill give a update with pictures of my new setup etc when im moved in and have some spear time :)