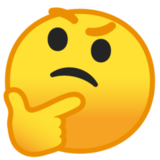 Probably the only one is Hearthstone. I've played it practically every night since it came out. Although I am always doing something else while playing it, either reading stupid stuff on the Internet or listening to a podcast/audiobook or both. For some reason it's very relaxing to have both sides of my brain simultaneously tingling.

The first game I remember playing is Wizard on C64. (Our family was a few years behind the latest games. I am old but not that old...)

Played the Dragon Quest Builders demo for Switch. I haven't played any DQ games before so I have no particular nostalgia for the franchise, so it's kind of funny to me when certain enemies make sounds that are clear callbacks to retro games. It is very enjoyable! Put it down after about an hour because I don't want to put too much time into a demo, but I'm also too cheap to put down $50 right now. But ten-year-old me would have been all over this.

Went to the zoo with friends. No regrets.

Bought Celeste. Playing Celeste. Enjoying Celeste. It's good! Not revolutionary or anything, but definitely fun. On Chapter 3 I had over 300 deaths and my wrist was starting to hurt. The controls are pretty great. At first I had trouble getting the diagonal dashes to work consistently, but once I trained my brain to think in eight cardinal directions instead of trying to dash in other angles, it works fine.

The story is surprisingly well-done and thought provoking, though sparse. I like all of the characters. You could definitely read all sorts of metaphors into the story which may or may not be intentional.

I want somebody to make a ship-battling system similar to FTL's and make a full-fledged RPG instead of a roguelike - free exploration, dialogue, quest lines, etc. That battle system is so fun I'm surprised more games haven't copied it.

Had to go Mario Maker, even though I didn't play it, just because the Klepek vs. Rykert stuff was so fun.

And now, a rant about Mass Effect.

ME2 was a pretty good game, but the progression was very formulaic. Each mission was: land on planet, talk to some dudes, enter the Official Badass Combat Zone, shoot some dudes, repeat. The shooting just didn't feel good. When I shoot a guy, I want to see him flying back or at least reacting somehow. Not just some shield bar going down an infinitesimal amount. That's not fun, Bioware! The main character was just Incredibly Bland Action Hero. If your character is going to be that boring, why not just make them a silent protagonist? The universe and NPC's were pretty interesting - I kind of wish there was a more chill Star Trek-style game set in this world that just involved exploring, trading, negotiating, etc. instead of plinking away at shield barriers and trying to pretend it's some kind of adrenaline/testosterone rush.

Wired has some great stuff, like their "Explain one concept in five levels of difficulty" series. Also lots of click-baity celebrity Q&A stuff that may annoy or entertain you.

NPR's Tiny Desk Concerts are pretty great. Lots of fairly famous bands that you have heard of playing in an intimate setting.

Now You See It has some enlightening film analysis. Just Write is also pretty good.

I am here and I don't know why. I'm good at math sometimes. Hi