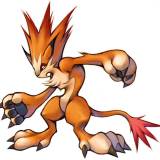 I just beat Dead space and am eagerly looking foward to Far Cry 2, that map editor makes me want to squeal with delight, I want to try and create a map that scares people, maybe a dark marsh if that's possible..

WOOO it's finally over.

Wooooo! My fable article went from pending to accepted exactly one minute ago.  It's a really good feeling to be able to open the main page of a game and know that you wrote that article.

Yes, I know that I have ranted a ridiculous amount about points and the such, but now I see what the problem is.  Everyone who already has 1,000 points is what is ruining it for everyone else, we all have pending articles that are well written and informative.  Yet, they stay pending forever, want to know why? The people who already got 1,000 points submitting a ridiculous amount of screenshots are now going to articles and they include about...2 sentences worth of information, except they get it uploaded immediately and ours gets thrown away(I'm assuming that).  There's no other legitimate reason to explain how it is that images get approved near instantly sometimes but then we have articles that have been pending for 2 days+ have yet to be looked at.  I don't know, it's kind of disappointing seeing how broken the system is, look at Joseappie, 14,000 points last time I checked.  I don't understand how they can approve of things like this when the site hasn't even been up for one week.

Alright, this is ridiculous.  My article for FFVIII, which I feel is no doubt better than the current one,  has been pending for 15 hrs and 12 minutes....The moderator who made his article had it pending for 14 MINUTES....I don't know if forum mods also get to mod wikkis, but then wouldn't it be instant? Either way, it's a pretty screwed up system where the 3-4 sectioned article is discarded for the article featuring only ONE topic about the game.

I am just curious if any submissions have been lost, because both my friend and I have article submissions that have been waiting for 2 days +, yet we will upload an image or concept and they will be approved immediately, while some images and concepts sit for 1 day.

Sorry to whoever looks at that character I just uploaded

I didn't see that their was already a page for him, I apoligize

As much of a hypocrite it makes me for wanting to get 1,000 points after calling people on XBL Achievement whores, I really want to get that 1,000 points.  So far images seem to be accepted the fastest, on that note some people are getting images passed for things that aren't even in that game.  For example in Alien Hominid, there are pictures of Marth, a game box for some random Castle Crashers game and what looks to be an early version of Link?

This site is so much better than gamespots, if only the 360's service line was this good.