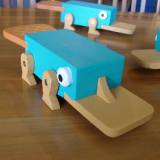 Because they're so beautiful and original.

In honesty, Life. Seeing "You were taken down by Life" or "You were crushed by Life" etc is great.

Weird, I had this song in my head when I saw this thread. I'm psychic. Last game I played, is it bad if I admit it was Pokemon Ruby? Oh god. Cue the music. Let's go. AAAAAAAAALLL NIIIIIIIIGHT LOOOOONG.

If not Pokemon it would have been Skyrim.

Not that we've ever spoke but I'm sorry to hear. The illness of a parent and the mental strain are something I can relate too aswell as the aftermath. I wish you and your family the best. No luck will do comfort but know the thoughts of everyone are with you and try to not let your worries stop you from enjoying yourself.

@C0V3RT: I was there today before phoning up and some of the dubbed "horror stories" put me off from phoning. I would reccomend people going though to give you some insight as to what you can expect. Some of what has happened to people is ridiculous, before this happened to me I was under the assumption profile hacking was just a bad comeback from pre teens.

Just an update, I phoned up today and went through the process which went suprisingly quicker than usual (10 minutes or less) and was told my account would be closed for investigation and could take 30 days maximum but should be done within a week. So now I play the waiting game. I did ask why this wasn't brought to the communities attention and was met with the typical rubbish they're paid too say and was basically told I should've heard through other people.

@Demoskinos: This should be easily accessed in the account section of your Windows Live ID login underneath where you change your password.

@MattyFTM: I can't remember what my previous secret question was but I believe it was my mother's maiden name. God knows how they guessed it as it's uncommon and only my younger sister has an active Facebook as my mother swears against all social networking.

@PixieNinja: Apparently the card DLC is account transferable. Stupid stuff. In some cases it is about money as they wire money from linked PayPal accounts and the likes. It's scary the stuff they can get. Doesn't take long for them to get your address. Look into the story where hackers called armed police to a kids home.

@PixieNinja: I may move this over to a blog. The process wasn't as intimidating as it's made out to be. Also this DLC is apparently account transferable.

I am not. Wouldn't say I'm the greatest either, I still make mistakes. I don't have to look at the keyboard or anything but I'm prone to the odd mistake.

Where I live a pecker means something entirely different so that was an amusing concept.

@Demoskinos: Thanks I did just that earlier. I now need some way to remember what this one is. It's like a cryptic secret of the world.

@VoshiNova: Thanks, I hope all goes well and I'll be sure to check back. Being a paranoid person myself I already checked and changed it to a brand new email. I didn't have any credit cards or bank details in so I should be ok. I'll give them a ring tomorrow because I really can't be bothered tonight. Thanks for the help again.

@CptBedlam: Microsoft and EA are so far up themselves and even though it's happened a shit ton of times it's still our fault. I just feel for people with their cards in who've been screwed over.

@VoshiNova: You could try ringing back and see what's what. I guess I'll give them a ring tomorrow, it's past 6pm now and I can't really remember what time the lines are. How was the customer service to deal with?

@theodacourt: I went as far as changing the linked email address etc so I'm certain it won't happen again. It was a pre paid code as I've never trusted putting card details in and I'm bloody pleased I didn't. I guess I'll give them a ring and retrieve my rightful 2000MSP.

I'm ready to enter it with a fighting mind if I'm going to do it, I'll do it properly and get back what I deserve. None of this rubbish about being paid back so little. EA are blaming us saying we've clicked phishing emails etc.