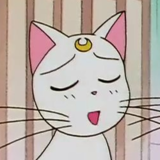 Really been slacking on updating this, so here goes!

Dark Souls - I have put about six hours into this game, and that's enough to know that everything I've heard about the game is true, for better or worse. I have beaten bosses and mini-bosses, been pushed off bridges by giant rats, and generally done a lot of the things you'd expect. I like the game a lot so far, and I feel like it strikes an excellent balance of upping the challenge just as you start to feel more confident in your abilities, something that many games lose along the way.

Forza - Continuing to put in a few hours a week with this game, definitely still enjoying all the community stuff in between career races. Hopefully I won't get too lost in all the upcoming releases to keep up with this one.

Battlefield 3 - This game is great fun, and the ridiculous 64 player action on the PC has definitely driven my 20 hours with the game. Haven't touched the campaign or co-op yet, though I suspect I'll get to those at some point! This is another one where I am fearful of falling behind, as with any competitive game it's easy to let your skills get dull if you're away too long.

I've also been playing some Skyrim, but since this is so far behind, I'll save that discussion for my next update.

Forza 4 - No exact count on hours this week, but if I was looking at my profile right now, I bet I've spent about 10 hours on the game. The multiplayer is tons of fun and the game still runs great when you've got 16 people on a track. It's possible that I spent more than 10 hours on this game when you consider the 4-hour long race I did with PsEG to help him with his Extra Life commitment. Hopefully it was good moral support for his 24 hours of racing. For the kids!

Supreme Commander 2 - Spent about two hours just getting back into some skirmish mode, because I hadn't played the game on my newer PC yet. The game looks great, and when you get into epic battles where hundreds of units with their own particle effects are all going nuts, the game doesn't slow down at all.

That's really all the game playing I did, Forza 4 took up a lot of my time. In the next week I might check out that Xbox Live release of Guardian Heroes, but it will likely be more of the same games I've already been playing.

Sunday update this time around! I've been heavily into some games since my last post, so let's do this thing.

Eufloria - Just put about an hour and a half into this one, and I'm really liking it so far. A great game to play while just zoning out to the rad ambient music. The simple gameplay works well enough and hints at enough depth that I'm sure I'll have a challenge on my hands after I get out of the last bit of tutorializing.

Battlefield 3 - Spent about 5 hours with the beta, and other than a number of hilarious bugs (including one that causes a player to assume a position very similar to the Game Room broken avatar pose whenever they revive a teammate), I thought the core action felt pretty good; I'm excited to get my hands on the final product.

World of Warcraft - This was the big one. I had never even tried WoW before, but after giving Blizzard's new style of free trial a shot, I've put around 25 hours into the game so far. Despite it being almost nothing like the only other MMO-style games I have enjoyed, I like the similarities to older PC action-RPGs and I'm having a lot of fun with it, though I'm not sure I will ever get into the social aspect of the game as much as some players have.

In the next week I'm definitely looking forward to Forza 4's release, and I know I'll be spending a lot of time with that in the near future.

Hey! I've decided that I'm going to start using this blog to keep a record of what I've been playing in a given week. This is partly for my own devices, to help me work on my sizable game backlog; it's also an assignment for my History of Video Games class. In this first installment, I might be reaching back a little further than a week, because I should have started this thing a while ago. So here's what I've been playing!

Bastion - I went back into Bastion for two or three hours to clean up the last few achievements and finish my New Game +, and it was just about as good as the first time through. I liked the subtle changes in narration, and the world was just as fresh the second time through. The only thing that nagged at me about it was that the ending I picked the first time through wasn't the one that justifies there being a NG+, and though it's cool that one of them does offer a story beat for the inclusion of that feature, it was a little disjointed for me. Didn't cut down on my enjoyment of the game, though.

Burnout CRASH - After spending an hour or so with CRASH, I can't help but feel like Criterion chose the wrong perspective for this game. It's fun, and the pinball comparison is a fairly apt one, but I don't find the action as satisfying as the Crash mode in other Burnout games, and for a game that had the opportunity to remind me of Hot Wheels: Crash! I find that disappointing.

TrackMania 2 - I probably spent five hours or so with TM2 and I think it's a pretty great game with pretty bad features. The driving is very satisfying, and competing for the best time with 40 other people on crazy tracks is a lot of fun. If that's all you want to do, you will enjoy this game with no caveats. However, if you want to use a custom paint job on your car, or do anything related to hosting a server, you'll have to jump through a lot of hoops and it might put people off that the developers failed to include any tutorials on the game's features outside of the racing itself.

That's about it for this blog, hopefully I'll be putting these up on Mondays from now on. Looking forward to playing the Battlefield 3 beta this week/right now.

Capcom taught me a little lesson about games yesterday.

A few weeks ago, I decided to fire up Resident Evil 4 on my Wii just to get back into a great game. I was starting from scratch without any of my old save files, but having played through the game a few times, I was pretty confident from the outset. However, after routinely killing the first few dudes in the first village, I came out of a house only to hear a faint, familiar sound growing louder. It took me a second to place, but then an alarm went off in my brain. "Hell no, I've been here three times before and Chainsaw Guy is NOT supposed to be in this village." I wondered if something about my new copy of the game was different, but it's not like they release patches for GameCube games. Of course, I then promptly proceeded to die, and since I had been so confident, I hadn't made use of the one save opportunity you get before that. This whole experience was a little off-putting, so I left the game alone until yesterday and didn't think about it much.

"What the hell, I'll give it another shot," I thought as I watched the opening cinematic. I did make sure to save this time, but to my surprise I waltzed into the village and cracked some heads without another cameo from the big ugly. At first, I was simply pleased with this, but it was nagging at me so I thought harder. Why didn't it happen this time? I hadn't gone into any of the buildings, but how could that have made a difference? Then it hit me. Before, I had grabbed the shotgun I knew was in one of the houses before finishing off the villagers. It hadn't been a conscious decision, just seemed like a good idea. This simple choice had a profound effect on my experience in what I thought to be a fairly linear game.

All I could say was, "Well played, Capcom." Many games have a variation of the "New Game +" system, and RE4 is no exception. However, what I realized yesterday is that sometimes a developer has enough sense to place the player in a scenario where their knowledge and experience from a previous play-through will work against them instead of giving them an advantage. What really surprised me was that I had known about the shotgun when I played through the game before but had never gone for it so early. It just further illustrated the fact that I didn't need to do so to clear the village. I got ahead of myself, and paid the frustrating, bloody price.