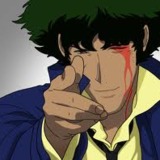 We Need More HDR In Our PC Games

I recently bought a new 4k HDR TV and I have been having a lot of fun enjoying all that #content! However one thing that has become alarmingly aware to me is the almost non-existence of HDR support for PC games. Also considering my gtx 970 showing its age tempting me to pick up a 1080 and not wait for the new "volta" cards in early 2018, the lack of HDR support is a huge bummer. Even in the brief time I spent testing my 970 at 4k resolutions, I could easily tell that HDR is the real reason to upgrade an older TV. 4k resolutions look nice and crisp and makes Anti-Aliasing obsolete, but HDR is a stunning feature that showcases light and color in a way I've never seen before. I'm running a lot of these games in 1440p with HDR turned on and thoroughly enjoying these new visual experiences.

The shadows in Destiny 2 are so dark the TV looks off in areas shaded from the sun. Camera Flashes in Hitman's fashion show level are stunning as they are disorienting. Under certain conditions like nighttime and heavy rain storms, Forza 7 looks like a window into reality. I can type up countless examples and metaphors to try and explain how HDR effects visuals in games, but like virtual reality, it's something you really have to see for yourself. But here at lies the problem with HDR gaming on PC, it's just not getting the same support we see on consoles. Right now there are a wopping 24 games that support HDR on PC. Don't worry though, the extremely popular title: Chess Ultra has HDR support...

Earlier in November, Assassins Creed Origins saw a title update for 4k and HDR. The initial announcement implied the title update would be coming to all platforms but it quickly became apparent that all platforms meant Xbox One/PS4. Wolfenstein 2 has come and gone with no HDR support and no explanation as to why from the developer (that I could find). Major games like Assassins Creed and Wolfenstein missing what I would consider "key next gen features" is frustrating to someone who prefers to play on the PC. The lack of HDR is counter intuitive to the philosophies of PC gaming. With the PS4 Pro and even the mighty Xbox One X, you have to make choices. 4k or Frame-rate? You usually have to choose which of these features you want on the consoles. The PC allows us to not have to choose, giving us the best of both worlds. I am certainly not a game developer so I have no idea what it takes to add HDR into games, but I wish more developers were taking HDR seriously on the PC. With Assisins Creed this year (a game I would otherwise skip if for not the critical reception), I have to make a choice between playing on PC at 1440p 60fps, or with HDR but 30fps on consoles. This is a weird decision to have to make. Wolfenstein at least runs at 60fps on all consoles but the only way to experience the game in 4K HDR is on the Xbox One X.

I understand HDR is still relatively new and we should see stronger support in the future. But right now, it's disappointing and a somewhat complicated issue. Right now all we have to look forward to for HDR On PC are ports of current console games: Final Fantasy XV and Injustice 2. At this point, I would just be happy with even more patches for older games that already have HDR support on consoles. Until stronger support arrives on PC, I guess i'll just stick to Destiny 2 and Forza 7 for my HDR on PC needs.

Also, if you want to get super drunk: take a drink every time I said HDR in this blog.