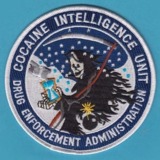 This Year is putting together a Top 40 The HotSpot moments

We at the This Year Collection podcast museum are interested in putting together a Top 40 The HotSpot moments voted on by you, the fans of that podcast. As you may recall, early last year we released best-of compilations for the 2005, 2006, and 2007 years of The HotSpot, and soon we'd like you to vote on your favorite moments in sequential order. (Those who have stuck with us for some time will remember that we did a Top 40 1UP Yours moments after also doing yearly best-ofs for that podcast.)

I think we'll open up the voting in about a month, but I just wanted to get the word out ahead of time in the hope that you'll go back and reacquaint yourselves with some of that show's finer moments. You can find the original episodes here or you can go through our best-ofs (links just above) and listen to the absolute greatest clips before you vote in our poll.

Both Giant Bomb and NeoGAF contributed greatly to that 1UP Yours Top 40, and though I'm aware The HotSpot wasn't quite as popular as 1UP Yours—though between you and me it was the better show by a tiny margin... where else will you hear a phone call from a gentleman waiting in line at midnight for a Wii who describes being shot at by hoodlums wielding cap guns (an event which Jeff described as "drive-by cappings")—I'm hoping that you guys can help us get a good result here.

That's basically it; I just wanted to say that we'll be doing this and would you kindly bone up on your HotSpot history so you can be an informed voter.

What else...? Oh, the best of is going to be for the shows up to December 2007. In other words, it's the Top 40 moments from the first iteration of The HotSpot, the Gallup-Gerstmann-Colayco-Gouskos-Caravella helmed show. And for those that may not have heard of us, the This Year Collection does best-of shows for podcasts like The HotSpot, The Adam Carolla Show, the Giant Bombcast, 1UP Yours, Idle Thumbs etc., so you can hear the best moments from those shows when you need to quickly quench your podcasting thirst. I recommend our recaps of The Adam Carolla Show (from his 2006 morning radio show) which are proving more popular with time as Carolla's current podcast grows in stature. Thanks for reading!

Blogs Created:
53 blogs
Most Commented blog:
Why Metal Gear Solid 4 is nowhere near as good as you think
Total Comments on blogs:
1329 comments