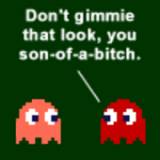 The Trailer has finally arrived!

As some of you might already know, I'm taking this course called "Game Design" in University and as part of my final project I was supposed to make a trailer for a game I created, the game is called: Conflict to Heaven.

Weird Name huh? Well, this is basically an initial name, I tried to think of something else but the atmosphere I created for the game is very close to having a "Conflict" and a part were you will rise with power and that power will eventually become your own "Heaven".

Conflict to Heaven can be described as an Open-World First Person Shooter with RTS Elements.

You take the role of Alex, a man suffering from amnesia (Loss of memory), trying to find himself and unfolding the mysteries surrounding his father, it’s up to you to curve your own path with 4 different classes, and they are:
1- An Assassin.
2- A Ruthless Killer.
3- A Lone Wolf.
4- A Peace Keeper.

Now without further ado ,here it is:

"WTF was that shit, that’s a fake trailer”
“Fallout 3 and COD 4 images? This is soooo fake”

Before you start jumping to that conclusion this trailer was made to give you a concept of what to expect, I honestly don’t have any raw footage of the game, it’s all written on paper so I had to use videos from game likes AC and Gears 2, sorry if I disappointed some of you but i hope you guys have enjoyed it :).