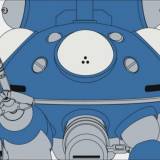 Mass Effect 3 for me is the winner of this. How Bioware could have messed up so badly is beyond me.

I'll go for Resonance and Legend of Grimrock.

It's that time again when lots of us make lists of the best games they've played this year. Some people agree, some don't and some really don't care.

I've certainly not played a lot of games this year so the list probably won't include some of the big hits of the year. For example I haven't played Dishonored or Far Cry 3 yet.

Best Action RPGs of this year

Torchlight 2 (loved the first game and really enjoying this).

Kingdoms of Amalur: Reckoning (shame the developer went under, hopefully someone can pick up the IP and go with it).

Legend of Grimrock (reminds me sooo much of the classic Dungeon Master).

Yes I know there's three in this section but they are all good.

Walking Dead (For the awesome story tellers at Telltale Games).

Special mention for Resonance (this takes me back to the Sierra days).

Spec Ops: The Line (some people may not agree with this but having played Borderlands 2 and gotten bored of it after a while I won't be putting that down).

The game i've spent most time playing this year

Tomb Raider - read 100 graves in the game Sacred 2: Fallen Angel. I don't know how this is actually rare as it's really easy to do and the first five minutes of the game has a graveyard with at least 30 graves in it.

The game I keep going back to after all these years

Unfortunately I own most of those games. Hopefully Metro: Last Light will be released even if THQ go under.

He is entitled to his opinion just like everybody else.

The single player kept me entertained for several hours so i'm not complaining about it, however some of the things this person said ring true. The game might have new enemies and new weapons but there just doesn't seem to be enough new content or ideas for me. I'm running through levels and i'm thinking to myself I did this in (insert Halo game here).

This is the voice of the Mysterons, we know that you can hear us!

ROTT was and still is a great game.

Doug Wendt will be pleased.