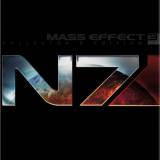 The last Halo game I played was Halo 2 so it has been a while. I really enjoyed the first one and thought that the sequel could be even better. Online multiplayer was not a huge new feature for me since I did not have Xbox Live until I got my 360. I remember liking the parts where you play as Master Chief but whenever the player character changed to The Arbiter I was wondering when I was going to play as Master Chief again. Once the flood showed up things got quickly out of hand and I was no longer enjoying the game and stopped playing it.

Fast forward to 2007, everyone and their grandmother is excited for Halo 3. My friends asked me if I was going to get it and I didn't like Halo 2 and didn't even finish it. They were shocked. Halo 3 was released and got rave reviews and lots of buzz. I had decided that my bad experience with Halo 2 would speak for all current and future games in the franchise. Two games have been released in the franchise since then and with a third on its way letting a bad experience with a nearly 6 year old game ruin arguably one of the biggest franchises in gaming today is stupid and irrational. Did they ever fix what I hated about Halo 2 in the subsequent games? Is Halo as good as everyone says it is and I'm just a hater? I decided to give Halo another chance by playing Halo 3 to find out.