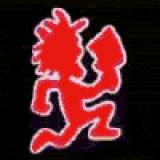 Paradise trophies in a galaxy far, far away

I spent pretty much the entire day yesterday playing Burnout Paradise from the beginning to earn trophies.  I felt MUCH better about having to do this once I realized that I could just copy my save game to a memory card, start over, get the trophies, then reload my original save file and be right back where I started.  Also, you don't need to get a full 100% to get all the trophies, you pretty much just need to get your Burnout License and do a few random things and you're good.  I already have about 3/4 of them and should have the rest soon.  The only part that sucks though is that one of the trophies is for sending a mugshot with a Playstation Eye, effectively forcing me to buy the damn thing if I want the platinum trophy.  That is totally lame.  The screwed up thing is, they don't force you to get the extra content trophies for the platinum, but they force you to spend the money to get a camera for it.  Lame as hell.  It just means I'll have all the trophies but 1 until I can buy a camera.

I am liking The Force Unleashed, but there are a number of things that are disappointingly frustrating about it, keeping it from being as good as it could be.  First the camera isn't very good.  You have to move it around completely on your own, and as a result  I have never appreciated auto-camera systems more.  So many times I am in the midst of a heated battle and suddenly can't see anything because the action gets to close to something that obstructs the camera and forces me to move it myself instead of concentrating on cutting up some storm troopers.  Also, the targeting system is horrible.  The only way to target something is to make sure Starkiller is facing exactly the thing you want to target, which is very unwieldy in practice.  Even when I seem to have a lock on something, too often I lose the target before it registers my force grab.  Part of that may be my own reflexes, but it still seems a little clunky.  In Lucasarts' defense, I don't know how else they could've done this.  Targeting force powers is something that's extremely hard to do simply due to the supposed limitlessness of the act.  Lastly, the platforming is sometimes a bit sloppy.  I racked up quite a large amount of accidental deaths because I fell off a ledge while fighting or jumping around.  Not cool.

That being said, there are definately parts of Force Unleashed that are totally awesome!  The story is one of the best to come out of Lucasarts in a LONG time, with plot twists and surprises that make it all worthwhile.  It's so cool to see how this story lays the foundation for Episode IV, and I haven't even seen the ending yet.  I've gotten to what can only be the last boss and should beat it soon.  This is absolutely a game where I would be willing to just sit there after I finish it and watch all the cutscenes over again on their own.  I was a little disappointed though to find out that Starkiller himself seems like a surprisingly likeable guy.  I can't say too much without treading into spoiler territory, but for being raised and trained in secret by Darth Vader himself for the sole purpose of being a Jedi hunting, force unleashing apprentice, he doesn't seem very heartless.  Oh well, he's still a very cool character to build a game around, and once you come to terms with the gameplay its extremely fun to repeadly hurl boxes, droids, and anything else you can find at enemies.  When you get the timing and controls right and are able to just let loose on a bunch of storm troopers or force-crush an AT-ST, its very cool and satisfying.  And dude, you get to force-pull a fucking Star Destroyer out of the sky!!!!!  Let's see Kratos pull that off!