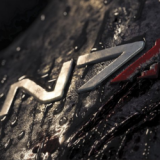 You find yourself standing outside a cabin. It is 1894 and you are deep in the heart of the Swedish countryside. The cold sting of the winter wind hits your face as you make your way through a strange and mysterious forest. In the distance, an old windmill croaks and creaks. Snowflakes drift downward, illuminated by fleeting bits of light. Strange objects litter the landscape – a wooden box, sealed by a combination lock and covered in carved shapes and symbols; an ancient waystone bringing a message from a civilization which has long since passed from the world, trees marked with crude drawings. Welcome to Simogo Games’ Year Walk.

Year Walk is a 2D, first person adventure game which explores the Swedish tradition of the same name. As the game’s opening text crawl explains, Year Walking was an old tradition in which a person would venture out at midnight on New Year’s Day, following a day-long fast. The legend held that if you walked to the local church, you would be granted a glimpse into your future – but not before encountering trials and temptations from the spirits which inhabit the woods.

The gameplay in “Year Walk” will feel familiar to anyone who grew up enjoying first-person adventure games like Myst. You explore the area, discovering which items and objects you can interact with and trying to figure out how each relates to the other. Many of the puzzles used a logic that reminded me of some of the puzzle solving in Fez – decrypting codes and pictograms, paying attention to tiny background details which reveal patterns, and discovering the multiple ways in which ways the environment can be manipulated. And it is in that manipulation that Year Walk really shines. As an iOS game, it takes advantage of the platform in a way few games have. I hesitate to spoil any of the moments of discovery, but I’ll make a comparison that hopefully will make sense to some.

If you’ve ever had the chance to read “House of Leaves,” I would say that it’s not much of a stretch to say that what it does for books, is what “Year Walk” does for games. Much of “House of Leaves” relies on forcing the reader to manipulate the physical book in order to read the story – flipping it around, holding it to a mirror, dissecting hidden codes within the text. Also like “House of Leaves,” “Year Walk” is terrifying at parts and atmospheric throughout. There were maybe a half-dozen points in this game where the game caused me to shudder and jump back in my seat.

And of course, “House of Leaves” is filled with hundreds of footnotes which provide a sort of parallel narrative to the main story. While “Year Walk” doesn’t have foot notes, what it does have is a companion app.

The “Year Walk Companion” is a free app which, on its surface, serves as a sort of codex for the various Swedish folk tales referenced throughout the game. You learn about the Mylings (the souls of infants left to die in the cold) and the Brook Horse (a water spirit that takes the form of a strange horse in a suit), but you will also get hints and clues that help you progress. And, again, I hesitate to say more than this, but you need to play this game with the companion app. I played with the app on my iPhone and the game on my iPad and… well, I’ll leave it there, but suffice to say, Simogo is doing some incredible work.

Visually the game is gorgeous – filled with imagery that is equal parts beautiful and disturbing. Most, but not all of the game is 2D – occasionally you will find a 3D rendered objects which you can – and must – manipulate in all manner of creative ways. And then there’s the sound design. The score is heavily inspired by Elephant and Castle, an album by Swedish musicians Matti Bye and Mattias Olsson, the game’s score is a mix of dark circus music and ethereal Swedish folk tunes, and the crunch of snow under the player’s feet, mixed with howling Nordic winds creates a wonderfully immersive atmosphere. Playing the game with headphones is a necessity – puzzles take full advantage of using the right and left audio channels to give subtle hints.

I feel like I’m ranting here, but the things this game did just completely blew me away. I enjoyed, but never quite “got” Fez; most of that game felt too distant. I feel like this is my Fez and I think the thing that sets it apart the most is the narrative. At its core, “Year Walk” is a love story, and easily one of the most beautiful and emotional experiences I’ve ever had in a game. This is a game you should experience knowing as little as possible, and I fear I have already said to much. But just go, go get this game. Find a comfortable chair and settle in for one of the most interesting gaming experiences this year.

And when you’re done, we HAVE to talk about the mind blowing ending.

MAN I NEED TO TALK ABOUT THE ENDING.

SO following the second ending:

When you open up the box and see the knife and newspaper clipping and memo, honest-to-goodness, my first thought was that Theo had sent him the knife to complete the loop and murder the girl himself (and keep the events of time consistent), instead of having her die at the hand of some supernatural elements. I've read people say that the implication was to have the MC commit suicide and prevent the Year Walk altogether.

However, that brings up something else: If the MC is in some metaphysical time loop, he can only open the box AFTER having completed one Year Walk. The knowledge necessary to open the box and the contents of the box seem to rely on it (although we don't know if the MC would have come across the password some other way).

The original sequence of events would have had to happen for Theo to study the area following the murder and discover the box. Theo manages to transport the box back to the MC (assumedly Daniel) just as he begins (before he begins?) his Year Walk. Would that be fiddling with the laws of time, or is this MC beginning a new Year Walk in his loop? (You can begin a new Walk - whatever has happened to the MC, he can keep accessing his Year Walk over and over again. Indeed, the second ending RELIES on his ability to perform another Year Walk.)

If in the (bolded) former, by delivering the clipping, memo and knife, if MC IS in a loop, he is being given the opportunity to break out of it. If he is truly receiving all items for the first time - not having yet performed his Year Walk - what can he infer from receiving those items?

"You know what to do." can have two meanings: Kill her and complete the loop, or kill yourself so you don't kill her.

Edit: Second read through of the contents of the box and Theo's notes - it seems more likely that he was recommending suicide. More thoughts come to mind, though.

(Assuming my above theory is true) despite being able to constantly Year Walk, how does Daniel figure out how to open the box? With the metaphysical explosion at the end, perhaps time starts to exist concurrently for him - past, present and future are all instantaneous (e.g. Dr Manhattan from Watchmen) - which would also explain his inability to differentiate them in the newspaper clipping.

Another theory - his access to supernatural forces allow him to disturb Theo, which is how he figures out how to open the box.

And another theory - Theo IS Daniel.

@dorkery: I'm leaning into the theory that he killed himself with the knife, but then I look to your point and wonder how he "knows what to do" if he is yet to embark on the first Year Walk and the girl is yet to be killed.

Sounds like my kind of game, except for the part about "playing the game with headphones is a necessity". I much prefer games that can be played in silence. I can either attend to sound, or think logically, but have difficulty doing both simultaneously. I find sound to be very distracting unless I am doing nothing except listening to it. It binds my attention. So I never turn on music while driving, for example.

Surely the hearing impaired are in an even worse bind.

Where is the modern equivalent to quiet imaginative games like Infocom's Zork series and Cliff Johnson's 3 in Three, with humor and hard puzzles? Even Myst and Riven were too humorless and too dependent on sound.

Would be nice is this came out on PC, along with the companion, even if that's just a .pdf or something.