Resident Evil 5 has its flaws, but is a great game overall.

First off, the game is a beauty. It's one of the best looking games around. The pre-rendered cutscenes brings the entire game to life. The characters look almost real. In the actual game, the textures are beautiful and the zombies look quite scary when they're about to kill you. Unfortunately, as great as this game is graphically, it doesn't have that horrific feel that the other Resident Evil games have. Resident Evil 4 was much more ominous and scary than this game.

Lag is almost nil in this game. It happens mostly when a horde of zombies come and they're all knocked back with the Hydra shotgun. This makes the game more enjoyable. Graphical glitches can be a real pain.

The story is quite good, but it has too much of a reference to Darwin. Without giving too much away, the story is about a new virus that is planned to be released so it will kill off those not fit to survive in this world. The antagonist thinks like Darwin, but is more sinister than Darwin.

The main problem with this game is the AI. The AI partner, whether it's Chris or Sheva, has issues. First off, the partner will spam ammo like crazy and always rush to fight the enemy. Unless you are behind a wall or something and attacking the enemies from afar, the partner will rush in and could be killed. This is very bad during some of the boss fights.

Second, you have to go to something to command your partner to use it. It's very annoying, especially with the boss fight that's halfway through the game, where you have to command the partner to go to different mounted guns and then go to one yourself.

The worst comes last instead of the best this time. The AI partner will continue attacking enemies even when you're dying. This is very, very bad on Professional mode. On Professional mode, dying lasts three seconds, so the fact that the partner will not put resuscitating you at the top of the list is just terrible.

Another thing about the game that isn't too great is that it is much easier than four. The challenge, along with the horror, has been minimised a lot in this game, which is quite unfortunate.

But this game has many positives which cover up the negatives. First off, the attache case from Resident Evil 4 is gone and is now replaced by a live-action menu that can only hold nine items per characters. With two characters, that makes eighteen slots total. This might turn some players off, but for others, it offers a more exhilarating experience when it comes to switching weapons and choosing what to bring. Without the option to take the time to adjust stuff during the level, it adds a new level of gameplay.

The controls might turn players away from this game, being very weird and different from other shooters, but anyone who has played Resident Evil 4, or any of the older Resident Evil games to be honest, will accept the controls with open arms. The controls are different, but are very fluid and work very well.

Versus mode, which can be purchased from the Xbox Live Marketplace or the PlayStation Store for $4.99, is an add-on released on April 7, 2009 that includes two modes, Slayer and Survivors. (There are team versions of this game, too.) It's a unique experience that pits Resident Evil players against each other. The control scheme is a bit weird to be facing against other players with, but it works.

Leaderboards are introduced to this game, which allows players from all over the world to compete against each other to see who is good enough to be at the top of the leaderboards.

Does Resident Evil 5 live up to the success that its predecessor was? No, but overall, Resident Evil 5 is a great addition to the series and should be picked up by newcomers and hardcore fans. With its amazing visuals, decent sound, good storyline, and high replay value, Resident Evil 5 will deliver satisfaction.

Other reviews for Resident Evil 5 (PlayStation 3)

Game series hardly ever manage to really last forever, besides a notable few most of gamings top franchises have either simply hit over to the retirement home or have began to delve into mediocrity and more or less becomes a nuisance to the gaming world.Resident Evil 5 isn't exactly either. Its certaintly showing its age and lack of innovation yet still has plenty of energy left which does transend into its highly addictive latest outing.RE5 reunites classic RE fans ((and introducing the RE4 fan...

Re Five: my thoughts 0

I just finished Resident Evil: 5 for the… 5th? maybe 6th? time. Why do I keep playing this game so much? I have no idea. It all started when my older brother rented it from blockbuster in 2009. He forgot to return it for a long time, thus was charged with the full price of the game. From that point, we decided to make the best of it, and play the mercenary modes, unlock the unlockables, play on harder difficulties, do the Extra downloadable missions, and so on. In between our cooperative playing...

By necessity, Resident Evil 5 makes a smaller impact than its groundbreaking predecessor, but it's still a creepy, fantastic action game in its own right. 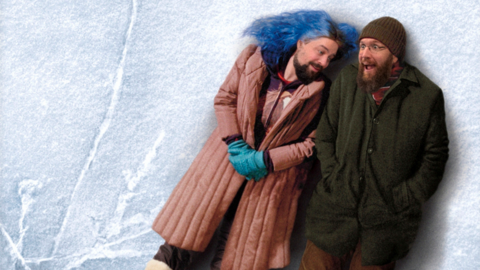