by Ryan Davis on June 16, 2011
Share:TwitterFacebookReddit

Like its predecessor, Alice: Madness Returns is a game whose considerable dark artistic visions ease much of the gameplay's burden--but not all of it.

Setting your 3D-platformer-slash-brawler inside the shattered mind of an abused young girl, all within a gothic, dreamlike framework borrowed from the disturbed and narcotic surrealism of Lewis Carroll's Alice's Adventures in Wonderland doesn't jump out as an obvious creative choice, and yet that's exactly what American McGee has done, twice now, and with a fair degree of success. Alice: Madness Returns is a game that deals in equal measures of grotesquerie and whimsy, and while that might not be as novel a notion in 2011 as it was when American McGee's Alice was released nearly 11 years ago, it's still a potent combination with the right imagination.

With a modestly dusted-up version of American McGee's Alice included alongside Madness Returns, it's that much easier to make the direct comparison between the two, and that much more apparent how much more playable Madness Returns is, regardless of era. The gameplay, however, is still a means to an aesthetic end for American McGee and his Spicy Horse studio. Even more vivid, corrupted imagery and dark ominous tones are sifted out of the internal monologue of a person clinging desperately to their sanity, and while the player's involvement often supports the antagonistic puzzlebox of a mind gone mad, the game spreads its tricks a little thin, leaving the player ready to move on before the game itself is.

Though the Red Queen is gone, there's a new menace in Alice's Wonderland. Now a teenager, and under the care of a seemingly misguided pychiatrist, Alice Liddell returns to an even more twisted version of her private retreat, now under the rule of an unrelenting train being operated by an unknown force. As she delves deeper into her own addled psyche, Alice reunites with many familiar--albeit disfigured and mad as ever--faces, including the Hatter, the Rabbit, the Caterpillar, even the Red Queen herself, as well as the helpful-yet-ever-cryptic Cheshire Cat, while also fighting to uncover the truth behind the fire that took her family from her. It's a tale as grim as it is Grimm, and while its pontificating on the fragility of the mind and the stories we tell ourselves to avoid the stickier truths can have an arm-chair navel-gazing quality at times, it works because it takes its subject matter so seriously.

Considering the wretched state of Alice's fractured mind, it stands to reason that its geography would be equally scattered and mazelike, guarded by menagerie of disturbing visions. That notion informs the overall structure of the gameplay in Madness Returns, which, much like its predecessor, splits its time between tricky platform puzzles and combat sequences. Putting Alice's ability to double, and triple-jump, as well as perform a gliding maneuver to full use, the platforming often has an airy quality to it, with Alice flittering from one platform suspended in the ether to another.

A little exploration, aided by Alice's ability to shrink down and squeeze through hidden keyholes at the push of a button, can net you extra teeth--the game's currency for weapon upgrades--as well as health-replenishing roses, and collectibles like slivers of Alice's own memory. While Alice's mobility is limited in her diminutive form, she's also able to see hidden paths, which contributes to the game's puzzle-solving that often revolves around flipping switches and activating floor panels with specific timing.

The weightlessness of the game's platforming is countered by the brutal impact of the combat. Alice, initially armed with her trusty vorpal blade, and eventually aided by a harder-hitting hobby horse, as well as a pepper grinder and a teapot that serve as ranged weapons, has to use all of her abilities in battle to survive the large groups of varied enemies she must face. Madness Returns tends to be generous with the checkpointing when you're platforming, usually only rolling you back a misguided leap or two, but the combat demands sharp reflexes and a good understanding of which enemies pose the most immediate threat, as well as the best way to exploit the specific weaknesses of each.

The lock-on targeting feels snappy, you're never in danger of accidentally fighting your way right off the edge of a precarious platform, and if you're paying attention, the game is good about providing little cues to let you know if you're actually making a dent. That said, there's a certain sluggishness when trying to switch from one weapon to another, one that's compounded once you have to start using the D-pad to toggle between your two ranged weapons.

Each of the domains visited in Alice's Wonderland has a very specific visual style, and without exception, they are singular and stunning. The Hatter's domain combines the crockery of a mad tea party and the bleak, polluted, monolithic arcitecture of industrial London, while Alice's quest to find the Caterpillar takes her to a misty mountaintop realm where origami ant-people are marauded by samurai wasps--a clear departure of Carroll's original vision, no doubt, but one that's rendered with incredible detail regardless.

While nebulous foes of corrupting black tar and neglected doll parts pursue Alice throughout the game, the enemies specific to each domain feel as at home in these places as young Alice and her ever-changing wardrobe feels out of sorts. For me, Madness Returns is at its best when Alice's sooty reality rubs up against the toadstools and fairytales of Wonderland, something the game wrings for good dramatic effect. This is a game of texture, even when the textures themselves can be muddy at times.

The game deviates from its prime gameplay tenets on occasion, presenting the player with sliding puzzles, treacherous downhill slides, and, gratefully, entirely optional rhythm minigames. The quality of these elements is noticeably variable, and the game has rough edges both literal and figurative, with the occasional Unreal texture pop and dramatic moments interrupted by load times, but the biggest fundamental problem with Madness Returns is that it lingers a little too long in each of its areas.

As striking as the visuals are, with a moody score that matches its pitch-black pitch perfectly, I always felt like I was ready to move on to the next domain, and some new treats for the senses, well before the game deemed it so. This isn't to say that the quality of the gameplay degrades over time, but rather, that the production quality stokes the player's impatiences for some sense of progress beyond making it to the next bit of platforming or combat sequence. This pacing also has the effect of presenting you with huge tracts where the game's story doesn't really move forward, exacerbating the issue.

Carving a few hours out of the game's fifteen-or-so hours of runtime would've alleviated Alice's only real negative indulgence, but even as it stands, Madness Returns is an engaging slice of dark fantasy, one that reaffirms American McGee's command of both the unhinged and the fantastical. 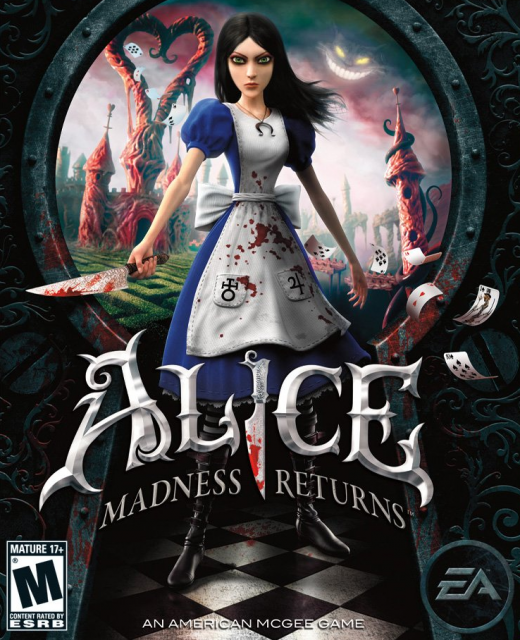 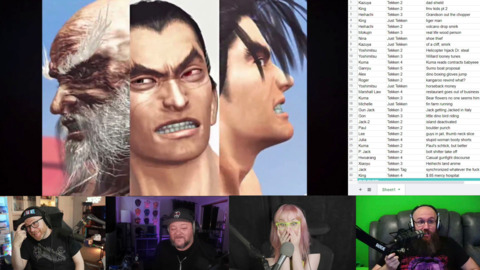