by Patrick Klepek on October 6, 2014
Share:TwitterFacebookReddit

It's been a while since the xenomorph was worth being scared of, and while Alien: Isolation runs a little long, it's a hellacious ride.

The biggest problem for any horror game is the unavoidable presence of the player. With the exception of comedy, there may be no other genre so reliant on its moving pieces--actors, lighting, music, editing--working together to produce a moment, whether it's a scare or a joke. If one moves out of sync, the whole thing falls apart. It's why comedic games are so few and far between, and horror's fallen out of favor with big publishers as budgets continue to rise. But Alien: Isolation, which may as well be an Alien remake that features Ellen Ripley's daughter, bucks that trend. It's big, bold, and about making players powerless. Isolation wants to scare the hell out of you, and it will. And while the game may try to do that for way too many hours, it's far and away the most ambitious horror game from the big leagues in a long time. Isolation will have you cursing our "favorite" alien predator in a way most haven't since Ridley Scott's 1979 film.

In Alien, Ellen Ripley barely survives an encounter with the deadly xenomorph creature. Her entire crew is dead (except the feisty Jonesy, obviously). Drifting through space, she patiently hopes for rescue. Isolation picks up 15 years after her disappearance (well before Aliens), and Ripley's daughter, Amanda Ripley, struggles with moving on. She's a take-no-bullshit engineer, just like mom, and is approached by The Company (aka Weyland-Yutani) about a mission to pick up the flight recorder for her mother's ship, the Nostromo. It doesn't take long for things to start going wrong, obviously. Arriving at the space station Sevastopol, an unexpected explosion breaks up the boarding group, and Amanda is suddenly on her own.

If Aliens: Colonial Marines felt like awkward fan fiction, Isolation is the exact opposite. Whereas Colonial Marines went out of its way to shove its connections to the films in your face, Isolation uses them as inspiration. Though the storyline functions as a dressed up remake of the original film, the team has captured the look and feel of Ridley Scott's iconic view of space life. Isolation is a stunning game to look at, one prone to moments of awe. It's easily the most beautiful nightmare I've ever experienced. Though I spent most of Isolation running scared, I'd often stop and look around, admiring the remarkable attention to detail just long enough to hear the familiar beeping from my motion tracker, prompting me to move along.

Presentation is vital to a horror game, too, especially to a cat-and-mouse experience like Isolation. At its core, Isolation is largely about biding your time, and moving towards an exit. There are few games that could claim hiding in a closet is a critical, valued part of gameplay, but it's a familiar comfort in Isolation.

Most sequences in Isolation play out like this: cautiously walk through a room with your motion tracker out, hide when the alien shows up, and inch towards your goal. If you run, you're dead. If you stand up and walk, you're dead. Sometimes, you'll be doing everything the way you're supposed to...and you're still dead. (This is when it seems like when the game goofs on spawning the alien, and often feels like a cheap death. One time, it happened while I was saving the game, despite the alien being nowhere in sight.)

While everyone else was running around in Alien, Ripley was a scheming survivalist, and the game treats Amanda the same way. Blueprints are scattered throughout the Sevastopol, and each allows Amanda to build something to help protect her--smoke bombs, EMPs, noise makers, etc. While various weapons are available, ammunition is scarce. It's preferable to avoid combat. For one, the xenomorph cannot be killed. It can only be scared off. Even then, engagement only seems to aggravate it, so distraction is the name of the game. There are other enemies to be wary of aboard the Sevastopol, too, including roaming gangs of humans who take none too kindly to strangers. More concerning are the humanoid androids with glowing red eyes that will stay with you long after the game is turned off. Mostly, you're worried about the alien.

The most memorable horror experiences in games have usually involved players barely scraping by--Resident Evil, Silent Hill 2, System Shock 2, Condemned, Amnesia: The Dark Descent. While some of these games offered combat options, it's hard to argue the player ever really has a serious advantage. As horror games have evolved, we've seen weapons stripped away. Designers have found that one of the best ways to build tension is by disempowering the player, flipping the script on how most video games function.

You will die a lot, as everything in Isolation is relentless. One's tolerance for the trial-and-error gameplay driving Isolation will likely run the spectrum of opinion. There's rarely a moment to relax, and if the alien isn't gunning for you, the humans and androids are. You have few friends aboard the Sevastopol, and it can make playing the game for hours psychologically draining. I would feel physically tired after sessions with Isolation, and my wife would often walk away, unable to deal with yet another hour of mumbling "oh shit, oh shit, oh shit" under our collective breath. The moment you've escaped harm in one area, it's time to do it all over again in another. The game could actually use a few breather moments, but it never pulls punches. When Isolation works as advertised, it's the most intimidatingly scary video game I've ever played. I've been watching movies with the xenomorph for years, but it felt terrifyingly new in Isolation. You truly feel like you're being hunted, and it's an awful and oppressive feeling that lingers in your joints.

Once you're introduced to the alien, this acid-driven animal won't ever leave you alone. You two are joined at the hip for the rest of the game, a bizarre relationship that reminded me of the plot to Jaws 4: The Revenge. You're excused for not knowing the plot to the fourth Jaws film, otherwise known as the movie Michael Caine was filming when he won an Oscar. In Jaws 4, Ellen Brody, the wife of the sheriff from the first two films, has seemingly developed a psychic connection to a murderous shark that may or may not be related to the same shark family the Brody's had encounters with back at Amity Island. While Isolation doesn't try to suggest an extrasensory relationship between Amanda and the alien, it becomes increasingly odd that a creature that's so good at mass murder would spend all of its time tracking a single target, despite being present on a massive space station with potentially hundreds to easily pick off.

The game does a good job of surprising you with a new trick every once and a while, though. Hiding in vents is a common tactic, and I was almost always able to get away with watching the alien while the vent was open. But one time--and this only happened once--the alien spotted me and pulled me out. Later in the game, Amanda gets access to a flamethrower (because of course you do), and I was ready to burn some androids to the ground. When I found one, I let her rip. Unfortunately, the android was unfazed, and began slowly walking towards me. As I fumbled for another weapon, it approached me, asked if there was any way it could help, and began slowly crushing my throat. The android was on fire the entire time.

But the trial-and-error nature of Isolation has serious problems. In one early sequence, I was slinking my way through a maze of hallways with deadly androids. It was an unbelievable 20 minutes of close calls and audible gasps that ended with me barely making it to the other side. In the next room, however, the alien came out of nowhere, and because the game does not have checkpoints, I had lost all of my progress. Poof. The tension was now gone, frustration had set in, and I now looked at the room as a series of AI routines to be exploited, not horrifying robots bent on killing me. Taking this into account, I sprinted through the area that had just taken me 20 minutes, and finished it in less than one, with no alien on the other side. These moments are disheartening, but hardly the norm. More often, I'd escape close encounters by the skin of my teeth, my palms sweating and heart pounding. The most common emotion is wondering if it's better to look ahead...or keeping glancing over your shoulder.

Furthermore, Isolation wears out its welcome. It's a 20-hour game, a genuinely shocking revelation that would be treated with an embrace if the game was able to justify its length. Everything that could go wrong does go wrong for poor Amanda. She's about to escape! Nope. The alien has been taken care of! Nope. She's about to escape...again! Nope. There are at least three different times where it seems Isolation will cut to credits, but there's more surviving to be done. Whenever you enter a room with an objective on one side, get ready for the game to let you know something else has gone bonkers on the other side. This happened at such a relentless frequency that it became a running joke with my wife. "Here we go again!"

The story here is thin, and the gameplay is simple. It's one note played over and over again, but it's one hell of a note. Isolation's a game about the bad things chasing you around, and that's about it. That's a good thing, since there are no deep systems to exploit, despite some promising ideas presented by the game early on. Manipulating the ship's power systems never really goes anywhere, and despite the game's tool tips suggesting some humans can become friends if approached properly, I never encountered anyone who could be dealt using anything but brutal force during my time in space. The idea of building transactional relationships with the Sevastopol's terrified citizens sounds cool, but it never materializes.

While not without its issues, Isolation is the best Alien game since Alien vs. Predator. Given what fans have put up with recently, that's not high praise, but Isolation moves the bar much higher. On both the silver screen and in video game form, the xenomorph hasn't been treated with respect in a while. Isolation gets remarkably close to reminding us why we were so scared in the first place. Welcome back, buddy. 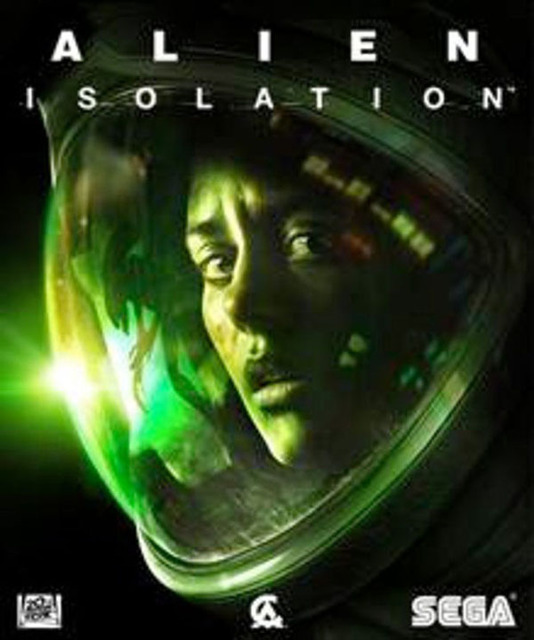