by Brad Shoemaker on February 25, 2012
Share:TwitterFacebookReddit

You may not be the kind of person who should play Asura's Wrath at all, but if you are, you're in for one hell of a weird ride.

By the numbers, Asura's Wrath sounds terrible. A six-hour game composed primarily of cutscenes and Quick Time Events, with some simplistic God of War-style character action peppered here and there. Less frequently it turns into Panzer Dragoon for a few minutes at a time, but I am telling you for your own sake, right up top, that you will play through most of this game by pressing a single button or nudging an analog stick when instructed in order to keep the elaborately choreographed but otherwise hands-off action roiling across your screen. It feels like the kind of guilty pleasure that you and me, serious players of video games, should be embarrassed for enjoying. What satisfaction could there possibly be in a game that largely plays itself?

In spite of the one big, obvious caveat, I kind of love this game. It's just so unashamed to be utterly ludicrous--actually, it's infectiously excited about being ludicrous--that you can't help getting swept up in the neon-colored, planet-spanning clashes between gods taking place in front of you. What the developers actually set out to make is not a traditional video game, but instead a mildly interactive season of Dragon Ball Z that's slightly more adult in aesthetic and tone...but only slightly. They not only nailed but surpassed that goal with so much aplomb that I repeatedly ended up leaning forward in my seat, practically pumping my fist in the air. I was definitely pumping my fist in my head, anyway.

You don't need to concern yourself with the particulars of the game's story to marvel at its spectacle. But the woeful tale of demigod Asura and his betrayal at the hands of seven other deities is actually told with care, alternating deftly between moments of quiet pathos and high-flying kung fu fights in space. The former is largely there to justify the latter, as you spend the bulk of the game helping Asura expunge his rage into his onetime allies' faces with his divine robot fists, which he usually only has two of but which will occasionally multiply into six when the action calls for it. Things only get more ridiculous from there, and if you were impressed by the buzzed-about scene in the demo that pitted human-sized Asura against a world-destroying, planet-sized space Buddha, well, there's plenty more where that came from.

That sequence seems kind of tame, now that I think about it, considering the sorts of unrestrained nonsense the game flings at you later on. Sheer craziness isn't enough; it's also about the way the craziness is presented. The visuals have a tremendous scale, and the action is masterfully framed by someone who really knows how to work a camera angle. And it all takes place against a backdrop of marauding demons and divine plans to cleanse the world in fire planet-sized tentacle monsters and trillions of souls coalescing into metaphysical superweapons and...well, it's the sort of quasi-mythological futuristic nonsense that's exclusively the domain of anime and JRPGs. I'm generally so fatigued by that stuff these days that I rarely want to go near it, but this game lays it all out there so willingly and is just so darn enthusiastic about it all that I eventually threw myself in there and gleefully went along for the ride. It's a hell of a ride, and it tweaks your brain's pleasure center for flashing lights and clashing fists so hard that I was surprised how much I also cared about what was going to happen to specific characters by the end of it. It's almost as if the story beats give weight and meaning to the action. Imagine that!

Asura's Wrath is an incredible thing to watch, but in thinking about whether to recommend this game, I can't help coming back to how you play it. There's just not much to it. The Quick Time Events should be self-explanatory, and the melee combat is also largely devoid of technique. You've got a light combo attack and a heavy move with a cooldown, a jump kick and a charge punch. Even bosses lack health bars; the goal of every combat encounter is to fill up your "burst" meter by attacking stuff, and when it's full, you pull the right trigger to explode out another QTE that will move you along to the next part of the story. (Yelling "Burst!" every time you do this is optional but highly encouraged.) The fighting is really just something you button-mash your way through between big action sequences, with the exception of a couple of annoyingly tricky bosses who do a ton of damage and can knock you out of your attacks and generally just obliterate you. In those cases it's best to hang back and dodge until they launch into a canned animation that you can parry with a button prompt, which is the best way to fill up your burst quickly. See, they can't even keep the Quick Time stuff out of the parts where you're almost playing an actual video game.

For story-related reasons, the game at least does a good job of mixing up the rare moments of gameplay by leaning more heavily on shooting in the last third, where you'll be taking down multiple targets with the sort of lock-on shooting for which Panzer Dragoon has become the obvious shorthand. While I'm getting all referential, there's more than a tinge of Space Harrier in those late-game shooting sequences as well, when you start running or flying forward at a zillion miles an hour through spaceship corridors and galactic fleets, dodging obstacles and shooting down bad robots. The game actually scores you on your combat performance, button-prompt accuracy, and time, doling out a ranking after each episode (culminating in the coveted S) that feeds into some unlocks and achievements, so there's an incentive beyond seeing the story to try and do well at this stuff, and even to go back to it multiple times if you truly need to get everything.

Simple as the game may be, I just couldn't bother to feel underwhelmed by what I was doing when contrasted with the sheer enormity of what I was watching. This game could have just as easily been an actual animated series or movie with little lost in the translation, but I'll admit to a Pavlovian sort of satisfaction at the repetitive action of hitting a button every few seconds and being rewarded with another exceptional action scene. Whether that's enough to qualify Asura's Wrath as a truly interactive experience isn't for me to decide, but somehow the whole thing comes together and works a heck of a lot better than it seems like it should. The pervasive anime trappings help bind the package together, all the way down to little "next time on" teasers that play after each episode, and customizable commercial bumpers the game cuts to at dramatic moments. The English voiceover is perfectly serviceable, and in fact the actors clearly had a lot of fun with the amount of yelling they got to do. But the inclusion of the Japanese voiceover is much appreciated since the acting there has such a throaty, dramatic weight, as it does in almost all anime. The designers even know how to work the UI for maximum impact, dropping an extra title card at a dramatic moment here and there, or doing some creative things with the placement of the button prompts to correspond to the action. The expert presentation and production values really help make up for the low degree of interactivity.

Even still, Asura's Wrath is such a strange game to describe, much less to try to recommend, or not. I don't think it's the best value at the full $60 price, and if the idea of mostly hitting buttons when prompted for six hours sounds like a drag to you, it won't be a good value for you no matter how cheap it gets. At the same time, it feels like Japan embracing what Japan does best, tying together strong art design, passionate storytelling, and a decades-long tradition of high-flying action starring larger-than-life mythical figures. It's an anime with pixel shaders instead of ink, bringing to bear all the strengths of that medium but with just enough game-like hooks to justify its place on a console. Do I think all games should head in this direction? Certainly not. But am I glad this one is the way it is? You bet your planet-destroying space Buddha. 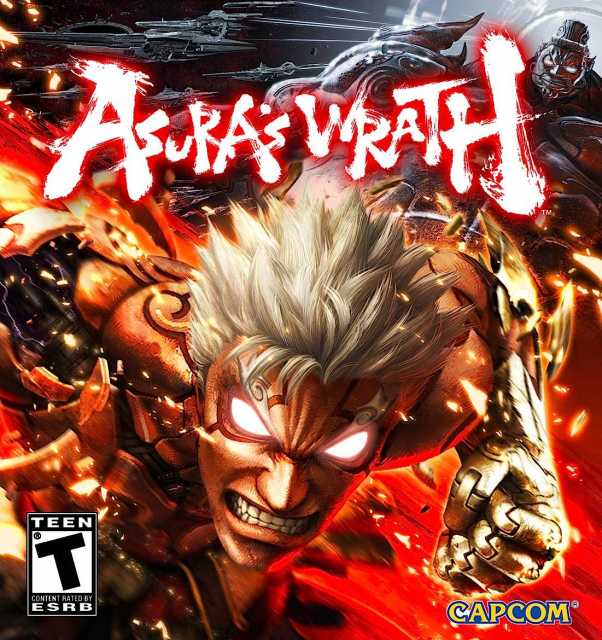