by Jeff Gerstmann on September 1, 2009
Share:TwitterFacebookReddit

Arkham Asylum is a very nasty place, but Rocksteady gives you enough tools to make foiling the Joker's latest plot thrilling from start to finish.


Batman: Arkham Asylum is not messing around. This isn't some throwaway licensed product where you punch dudes and drive cars, occasionally stopping to throw a batarang just to be "true" to the license. This is a full-on experience devoted to all of the different facets of being Batman, from the gadgets that help him along, to striking fear in the hearts of his opponents by carefully lurking in the shadows, to taking challenges head-on with little more than his feet and his fists, to straight-up acting like a detective, hunting around for clues. This all translates into an adventure full of variety, with each different aspect coming in at such a high level of quality that it just keeps impressing you over and over again, right up to its final moments.

The game opens with Batman returning Joker to Arkham Asylum, the mental institution that houses all of the super criminals of Gotham City. But Joker's admission hardly goes smoothly, and before too long, he's running the asylum, complete with a master plan involving a drug called Titan that turns men into gigantic, jacked-up murder junkies. Along the way, you'll encounter plenty of regular thugs, as well as a swath of lesser Batman villains, such as Harley Quinn, Killer Croc, and Scarecrow, who brings with him some Eternal Darkness-like sanity effects that turn into full-on hallucination sequences. The characters are treated well, which makes each encounter with a main villain feel memorable, even if most of them aren't traditional boss fights.

In a lot of ways, the gameplay in Arkham Asylum feels similar to the Metroid/ Castlevania style of exploration-focused adventure. In the early parts of the game, you'll immediately start seeing areas you can't reach or walls that you can't get through. You'll return to these areas later on, once you've acquired the proper gear. Though the game is very linear in the way it presents its objectives, the island feels wide-open, and in most cases, you're free to roam around as you please. The game contains plenty of collectible objects to reward explorers, and you'll also have challenges to solve. These are especially cool because they come your way in the form of clues from The Riddler that give you a sentence or two about the thing you're looking for and what area of the world you can expect to find it in. The riddle approach, along with some in-game maps that help point you at trophies and other items, prevents the collectibles from getting too tedious over the course of the game.

The cool part about playing Arkham Asylum is that you're never doing any one thing for too long. As you move from one area to the next, you'll transition between up-close fights with multiple thugs, stealth areas where you'll want to carefully take down enemies from behind, and plenty of enemy-free rooms where you just need to figure out how to navigate the area. The fighting feels nice and has a combo system that lets you easily transition from one target to the next. You'll face off against these guys in groups, forcing you to watch your back. When an enemy attempts to hit you, a little marker will appear above his head, giving you time to hit a counter button to prevent the attack. You'll also unlock extra moves as you gain experience and upgrade your abilities. It's rarely difficult, but Batman animates well enough to make the combat really satisfying.

The stealth aspects of Arkham Asylum are often optional, but as Batman is not some kind of super-powered, invincible guy, guns are baaaad news. You won't die from one shot, but any sort of prolonged exposure to armed enemies results in a quick death. So there are plenty of spots where you'll do well to stay out of sight. Batman: Arkham Asylum makes the stealth side of things more about flexing your considerable abilities to toy with your foes instead of locking you down into some kind of rote pattern-memorization exercise. When you aren't holding down the run button, Batman is effectively silent, letting you drop in behind enemies with ease. Many of the stealth areas have gargoyles around the edges of the room that you can grapple up to hang (and hide) on. If spotted, you can usually just grapple up to a gargoyle, grapple to a different one, and so on until they lose you. But the enemies don't just "reset" back into set patterns. They slowly start freaking out and get more and more tense as you eliminate their posse one man at a time. Also, later on in the game, the enemies start wearing collars that make noise when their wearer is incapacitated, drawing all attention to that part of the room. This makes things a little trickier.

Then, of course, there's the exploration itself. At any time you can flip into "detective mode," which is an alternate viewing mode that lets you see scent trails, DNA, or other things you might be using to track your current target. This mode also lets you see through walls, letting you get a good sense of what's coming up, where enemies are positioned, and so on. It also highlights things like ventilation ducts and other points of interest that might blend into the background if you aren't careful.

All of the different aspects of Batman: Arkham Asylum come together along with some great graphics. The principal characters look really great and extremely thick. The meaty character models make the fighting look downright painful. The island itself also looks great, with a great amount of variety, with torn-up cell blocks, a mansion, a big greenhouse, and a sizable exterior with guard towers, statues, and so on. The atmospheric nature of the game is also furthered by its audio. There's a lot of great voice work throughout the game, and there's a lot of it to listen to, including collectible tapes you'll find that feature some of the game's criminals being interviewed by Arkham's psychiatrists, giving you a bit of insight into the characters. Also, the combat itself is bolstered by some great smacks, chops, and thumps.

The game will probably take most players somewhere around 12 hours to complete, depending on how ruthless you are about grabbing collectibles. You'll unlock challenge levels along the way, too, giving you the ability to focus on the combat or replay some of the stealth rooms from the adventure, but when removed from the context of the main game, I found the challenge rooms to be a little flat. Also, it's worth noting that the game isn't very difficult on its normal setting. The game's few fights against life-barred bosses use simple patterns, and the standard combat isn't likely to cause much trouble, either. The game has a hard setting, but it removes things like the indicator for when you need to counter during a fight... which sort of just makes combat frustrating. Also, Batman's cape obscures the action in spots, which can get annoying. The glide maneuver, where Batman opens up his cape and blocks a good quarter of the screen, makes dropping down directly onto enemies a little difficult.

But Batman: Arkham Asylum's minor issues only serve to remind you how strong the rest of the game is. Its different elements mesh together in a way that keeps it feeling fresh over the course of the game, and the story moves in such a way that even players who aren't big Batman fans will come away satisfied.
Jeff Gerstmann on Google+
Load Comments 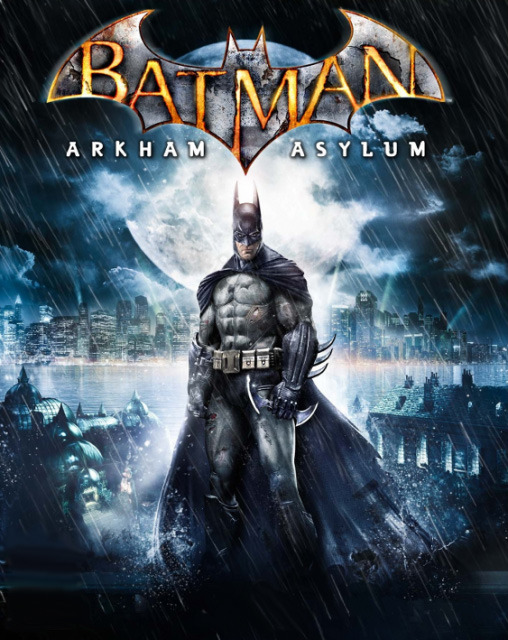 Rorie's Games Of The Year (Good And Bad)