by Patrick Klepek on May 24, 2012
Share:TwitterFacebookReddit

Capcom has delivered an open-world game with tremendously fun combat, a hilariously crazy ending, and not much else.

You have to admire Capcom’s ambitions with Dragon’s Dogma. Monster Hunter, a series that’s single-handedly kept the PSP alive in Japan, just hasn’t caught fire anywhere else. Dragon’s Dogma feels like Capcom taking the most outwardly appealing part of Monster Hunter--big, meaty fights against monstrous beasts with a team of friends--and putting that into a sprawling world that goes on and on for miles.

The bummer: Capcom built this huge place to run around in but didn’t fill it with anything interesting. The saving grace: Capcom’s expertise in building robust, customizable, and super fun combat systems pays off.

The game opens with a promising enough premise. A dragon has suddenly appeared in the land of Gransys, and attacks your quiet, idyllic waterfront town. Pretty stupidly, you pick up a sword and “attack” the dragon, who responds in kind by tearing your heart out keeping it for himself. You’re still alive, though, and are now one of the Arisen, which means you're special and technically alive but not quite whole. The dragon says your heart can be reclaimed if you defeat him, and so your journey begins.

You gain some pretty sweet powers by becoming the Arisen, including access to Pawns, a human-like race of beings charged with following the Arisen. Pawns are AI support characters, and their roles are crucial in dealing with the game's endless supply of mobs. It’s probably possible to solo Dragon’s Dogma, but I wouldn’t recommend it--you need these guys and girls. You have one main Pawn, who you design early in the game. The other two are (largely) created by other Dragon’s Dogma players, which makes for some goofy allies (I had a high level mage named Ladypants with me for most of my 37 hours) but makes the experience enjoyably personable. For me, my daggers-n-arrows focused archer was balanced out with two support mages--one attacking, another buffing--and a fighter who largely focused on drawing aggro. All of the Pawns can be customized with equipment, but since all but the Pawn you created does not level up, it’s not worth it--it’s better to just recruit new Pawns every few hours.

The system is perfectly set up for other human beings, but Dragon’s Dogma doesn’t feature multiplayer. It’s an unfortunate omission, especially since you have very little influence over the Pawns themselves. This leads to more than a few frustrating scenarios where, say, healing spells are badly needed but everyone is focused on casting lots of fireballs. There are some built-in solutions to help address this, such as potions that temporarily change the attack patterns of your Pawns and the ability to set some generic action recommendations ahead of battle, but there’s nothing as simple and elegant as pulling up a menu and asking Ladypants to cast a holy spell on your daggers to help in crippling the undead.

The real core of Dragon’s Dogma is combat. Thirty-seven hours later, a pile of bodies the size of a mountain in my wake, I was still having fun slicing up goblins and direwolves. The game has a terrifically fun and dynamic combat system that constantly encourages players to experiment. Tapping shoulder buttons brings up adjustable modifiers that give you plenty of options in battle. You gain experience and level, but rather than worrying about assigning points to strength and other attributes, that’s in the background, with the focus on earning and assigning new skills. Like Monster Hunter or Dark Souls, many of the skills lock players into animations (though there is a skill for some classes that can actually break the animation), so combat becomes a shifting risk/reward proposition. Do you enable your supremely powerful dagger attack but chance missing and being stuck flailing in the wind for a few seconds?

And though you choose a class upfront, it’s only a few hours before you can swap to something else. There are even advanced and hybrid classes, such as the magic archer I ended up playing, that aren’t available upfront. It’s easy to switch classes, and if you come to regret the change, it’s a simple matter to go back or try another one. Some skills are even compatible across classes, which means you can begin to craft your own super hybrid that brings the best of several classes under one roof. By the end of my 37 hours, I’d maxed out two classes for both myself and my Pawn, opening up a robust set of skills. Combined with the other Pawns that have their own powers and magic and combat options are vast.

The big payoff is when Dragon’s Dogma introduces its slew of screen-filling creatures--dragons, hydras, griffins, ogres, etc. It looks a little goofy, but the key to defeating them is climbing on their backs and stabbing them in the face/neck/eye. It’s a brutal, bloody Shadow of the Colossus, and it’s intensely satisfying. There’s nothing quite like hitting a griffin mid-air with fire-infused arrows, watching it crash to the ground, straddling its neck just before it manages to take off, being lifted thousands of feet into the air and stabbing the hell out of it, as it maniacally tries to shake you off. It’s these moments, with you and your Pawns working in tandem to take down these towering enemies, that Dragon’s Dogma shines. It never gets old, and the ability to perpetually switch around your set of combat skills means fighting the same enemies manages to feel fresh, since your approach to it changes.

It’s a good thing the combat holds up, too, because that’s the biggest thing Dragon’s Dogma has going for it. Dragon’s Dogma doesn’t do much with its premise until the very end, at which point the game unloads an hour of completely unexpected, totally batshit crazy exposition. It almost makes the entire story better in retrospect, but such feelings only come after the insane revelations the ending brings, and not a moment sooner. Prior to crazytown, the story is utterly banal. None of the quests have captivating stories behind them, and add zero color to the world at large. Characters are introduced but never given any substance. Bizarre plot twists are wedged in and then completely forgotten, as if they never happened. At one point, you’re jailed for witnessing something very bad, but moments after escaping, the world forgets you were ever jailed. Even when you talk to the character that put you in jail--no response. The utter lack of consequence is littered throughout, and applies directly to the game world, too. Nothing has permanence. The same set of goblins and bandits just outside the main capital are there every time you leave. Every. Single. Time. There is no variation. No matter how often you kill them, they all come right back. Building a world that feels as alive and random as Bethesda Game Studios did with Skyrim certainly isn’t easy, and while it’s easy to respect Capcom’s ambition in what it tried to create with Dragon’s Dogma, the bar has been set so high, and Dragon’s Dogma isn’t close.

Compounding the issue is how often Dragon’s Dogma asks players to experience the same locations over and over again. There is fast travel in the game but it’s not very useful. Players can purchase magic stones that enable teleporting back to the main capital, though it’s not until halfway through the game that it becomes possible to transport out of the capital. Even then, you can’t choose a location and be whisked away--you have to physically go to a location and lay down a “portcrystal.” It’s especially infuriating when the game asks you to spend 20 minutes running to a quest location, then come back to the capital, and immediately asks you to head to that location again. It’s one thing if the game had dropped a “hey, maybe you should drop the portcrystal here--wink!” hint but it never does.

There’s so much to like about what Capcom gets right with Dragon’s Dogma that it makes the missteps utterly heartbreaking. The combat has enough depth and variety to keep you interested for the duration of the story and beyond, but in terms of what might have been, what should have been, Dragon’s Dogma falls gut-wrenchingly short. 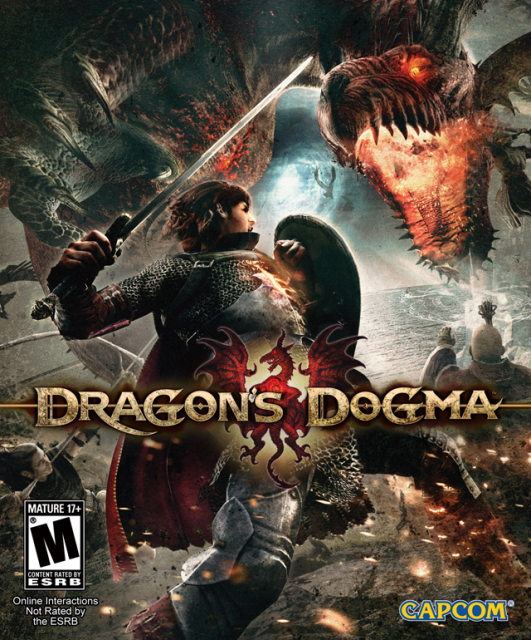