Having a companion animal is said to help reduce stress. Chucking a spear through someone's head is therapeutic too.

by Jeff Gerstmann on February 22, 2016
Share:TwitterFacebookReddit

Far Cry: Primal feels like one long, optional side mission.

Though I may have obsessively collected almost all of the animal skins and tried to craft every single upgrade in the past few Far Cry games, I don't know that I was quite ready for Far Cry: Primal, a game that rewinds time back to 10,000BCE, when even the weapons had to be crafted out of wood and various animal parts. The gunless combat ends up being more exciting than I initially expected, but Primal's forgettable attempts at a story and obsessive focus on crafting turns it into a pretty tedious endeavor.

You're a Wenja, one of the three tribes at play in Far Cry: Primal. The two other factions, one who lives up north in the ice and one who lives down south and likes to burn things, are trying to stomp you and your kind out of the history books. So you set out on a campaign to find the other survivors of your clan, build a village, and take the fight to the other two groups. The game has cutscenes and attempts to make you care about the characters it introduces, but it really fails to successfully build tension as you go. Exterminating the leaders of the opposing tribes leads to basic, uninteresting boss fights that don't really wrap things up. When I finished what is considered the last main story mission, I didn't even realize I had achieved anything other than defeating a boss. The thin narrative keeps focus on the combat, sure, but it also helps ensure that all of Primal feels like one long, optional side mission.

Compared to the previous games, there are more resources to gather and more opportunities to craft upgrades. Gathering includes the standard plants and animal skins from the previous games, though you'll need things like animal fat if you want to set your weapons on fire at will. You'll need hardwood and animal hides if you want to build more spears. You'll need wood and stone for arrows. The items used for weapon crafting are easy to come by, and as long as you aren't just running past every single resource node you see, you'll rarely run out. As in previous Far Cry games, you'll also need specific animal skins to craft bags and upgrade your weapons and personal equipment. If that all sounds boring, that's because it is. Previous Far Cry games did a better job of making the upgrades feel more meaningful and the resource gathering felt like a fun diversion with real rewards.

Over the course of the game's first half, you'll go out and find specialist villagers. These people serve as mission givers back in the village, and some of them are also tied to specific sets of upgrades. Unlocking the higher-end upgrades requires you to gather stone, wood, skins, and more to build and upgrade huts for these villagers. You'll also acquire generic villagers along the way, and these members of your group provide XP bonuses over time.

As much as I enjoyed this style of upgrade system in the past few games, the gathering and crafting feel like they're stretched to their breaking point in Far Cry: Primal. It's crafting on top of crafting on top of crafting as you gather materials to build weapons so you can hunt animals so you can upgrade huts so you can unlock more weapons so you can upgrade those weapons, all so you can hunt some more. (And maybe unlock an upgrade or two.) Outside of the game's final confrontations, nothing in Primal is especially tricky, and you're given so much meat--which is used for healing--that even sloppy players probably won't run into too many roadblocks. So going out of your way for additional upgrades doesn't feel like it's worth the effort.

A lot of the standard Far Cry systems and mechanics show up in this open world, and the few differences revolve around the tools at your disposal. There are outposts to clear and horns that serve as the alarm boxes found in the previous game. But you can't just hang back with a sniper rifle and shoot up the entire location from a safe distance. Instead, you'll need the long bow to do that, and even that doesn't give you as much range as the old sniper rifles did. Beyond the bow and a a couple other ranged-only weapons, most of the weapons in Primal serve double duty. By default, you'll swing clubs and jab with spears. But if you hold the left trigger, you can throw clubs and hurl spears with surprising accuracy and often devastating effects. Unless you're facing a "heavy" foe, which is armored against your attacks, you can usually just toss one spear right through any opponent. I found the spear tossing to be incredibly satisfying whether I was hunting boars or taking out enemy guards. Since you can't carry many spears, tossing spears is usually followed by running over and collecting your spears before doing it all over again.

If you don't feel like running, though, you can always get someone else to do your dirty work for you. Far Cry: Primal has a beast taming mechanic that lets you call upon some of the game's predators and have them watch your back. You can order them to spring into attack and attack a target, or just let them kill on their own and see how it goes. The beasts are incredibly helpful, but I occasionally had to mess around with dismissing and recalling them to get around some cases where my sabertooth tiger would get stuck somewhere in the environment. At least the stuck tiger couldn't take damage and managed to distract half the outpost while I slowly clubbed them from behind.

I spent around 14 hours spearing and clubbing my way through the game's main missions while completing what feels like a decent chunk of side content, but the game still considers that to be around 36% of the game. There are tons of secondary missions that just show up on the map, and these are analogous to many of the secondary missions from the previous games. You'll find two guys escorting a prisoner, animals running amok on your people, and all sorts of little ambient things for you to... actually, I ended up ignoring most of them once my village's population got above 40, which is the requirement to upgrade your huts to the second and highest level. In a game filled with primary objectives that feel like busy work, the secondary and tertiary goals are probably not worth your time.

Ultimately, that's my main issue with Far Cry: Primal. It feels like it has even less of a story than Far Cry 3: Blood Dragon has, but that's because that story is spread incredibly thinly across a large world that's packed with cookie cutter content. There's nothing inherently wrong with Primal, and I found the game's combat systems to be pretty exciting at times, but the structure of the game and most of the tasks you're given are one-note. It's a monotonous grind that gets a good lift from its approach to combat and a handful of other tweaks to the formula, but it's still the formula. And it's not an especially great take on said formula, either. Far Cry: Primal feels like it's trying to use every part of the animal, but the overwhelming majority of it is filler. 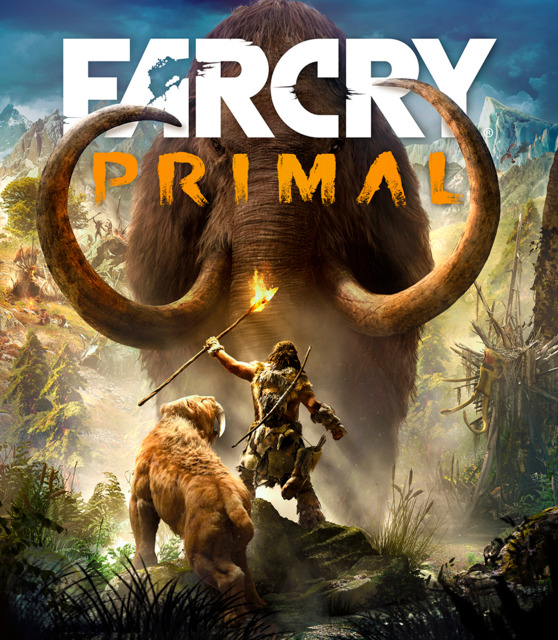