by Jeff Gerstmann on October 7, 2011
Share:TwitterFacebookReddit

Forza Motorsport 4 is a fantastic driving game, but the improvements over Forza 3 feel pretty incremental.

Forza Motorsport 4 doesn't reinvent the Forza franchise, and given the exceedingly high quality of Forza 3, it'd be insane to expect dramatic changes from the sequel. Some new features have slid into place around its periphery, but this is still the same accessible, configurable, and wonderful driving game that it was in 2009. How that bit of info strikes you will largely depend on your feelings about the previous game. The quality and depth offered is practically indisputable--but if you left Forza 3 feeling like you've had your fill, Forza 4's new additions probably aren't going to be enough to make it all feel fresh and exciting.

The structure of Forza 4's career mode has changed on the surface to form a world tour mode. When playing the world tour, the game moves you from one track to the next, presenting multiple events for each track once you get there based on the cars you currently possess. So if you're sitting in a Mazda MX-5 Gen 1, you might get offered a slower E-class race or an event built specifically for Mazda MX-5's. Hop into a 2009 Dodge Challenger and you might see something like the Charger & Challenger Club event, built specifically for those two models to face off. Upgrading your cars also impacts the events you'll see, since plenty of events are built around which class your car is currently in. While this automatically takes you around the game, the world tour is essentially just a guided way to check off boxes on the game's huge event list, where hundreds of different races await. If you'd rather select your own events, the list is available to you at any time.

Forza 4 has an additional Rivals mode, which is a leaderboard-and-ghost focused option that lets you load in the replays of your friends, car club members, or if none of those people have tried the event, you can grab the ghost of a player you don't know. The events, some of which will rotate on a monthly basis, span a lot of different race styles, like simple lap times on empty tracks, full-on races, driving on tracks littered with slow-moving traffic, drift events that score you based on how awesome your drifting is, and so on.

Regardless of how you play, after each race you'll earn some amount of driver experience points, credits, and manufacturer affinity points. Driver XP gives you a free car every time you level up. Credits are used to, you know, buy stuff, like cars, vinyl designs, tuning setups, and parts to upgrade your car. But if you can hold off on buying parts for your cars until you clear a few levels of manufacturer affinity, the prices on parts drop lower and lower, eventually becoming free. It'll only take a few races to hit that 100% discount, so it's worth it to stick to one brand of car for a bit, especially at the beginning of the game, where money is harder to come by. If you're impatient (or just plain crazy), you can also buy "car tokens" with Microsoft Points and exchange a few of those for any car in the catalog. But the world tour will focus your career on a reasonably gentle speed slope and when you're playing online you get access to a lot of cars for free, so that doesn't necessarily make a whole lot of financial sense.

Online, you can get up to 16 players into a lobby and roll through a ton of different options to configure events to your liking. The basic race types are available, but you can also go custom and create your own weird variants with different types of scoring, team settings, and the like. You can lock out specific car classes or even force everyone in your lobby to use a specific camera setting. And if you're anticipating troublemakers, you can even disable on-track collisions, making the game more of a group time trial than a traditional race. Considering the way this all went down in previous Forza games, turning off collisions might not be the worst idea, as boorish random players seem to always want to bump their way into first place or fly into corners at full speed, using the other racers as cushions to help them make turns, and what have you. If that's how you want to play, fine, but if you're attempting to behave in a civilized fashion, you might want to team up with some likeminded individuals ahead of time. That's where the game's car club feature fits in, letting you build your own racing teams online and struggle on club leaderboards. You can also share cars in your club, letting players pool their resources and build a great, versatile online garage.

Customization has been a huge part of the Forza franchise and it returns intact in Forza 4. You can paint on your cars using primitive shapes, which can result in some startlingly detailed designs. Also, if you bought or made a lot of layer groups in Forza 3, they'll import right into the new game. I'll never be able to put together anything cooler than a bad-looking pixelated Space Invader, but a quick search of the game's storefronts turns up all sorts of amazing decal work. Tuning setups and full car designs can also be placed up for sale on a user's storefront, creating a fun little economy that keeps the in-game credits moving around. If you're looking for a new car at a possible discount, there's an auction house that, once again, lets you find all sorts of stuff, including the ultra-rare "Unicorn" cars, which get their own tab in the auction house.

There are a lot of different ways to play Forza Motorsport 4, and it's tunable enough to let players of any skill level get something out of it. With all of the assists turned on, the game practically plays itself, and all you really need to do is follow the on-screen driving line and occasionally pass the AI racers. But that quickly gets boring. Once you start reducing the assistance level to put more of the car into your hands, the game becomes a lot more exciting. But if you can't handle every single turn by yourself, the game again has a rewind feature that lets you roll back the action when playing by yourself to undo mistakes. This has an impact on how your score enters the leaderboards, but that isn't the end of the world. There are also different control options, with wheel support--including support for the new Wireless Speed Wheel, a goofy little flight yoke sort of controller that's great if you only want to play games that feel like Mario Kart Wii did when you slapped the Wii Remote into the center of that plastic steering wheel attachment. It works as advertised, but doesn't feel like a great way to play the game for long periods of time.

Forza 4 also has Kinect support in a few of its modes. You can't drive with Kinect in career mode, though. Instead, starting the game with Kinect takes you to a separate menu where you can set up quick, mostly meaningless races or time trials. Steering with Kinect is as simple as holding your arms up in front of you, sort of like Kinect Joyride, though you can drive sitting down, if you like. You don't have any control over your acceleration or braking when playing with Kinect--all you do is steer. As you might imagine, that isn't fun for very long, though perhaps very young children might get a kick out of it. You can use the Kinect camera along with a controller or racing wheel by enabling head tracking. This tilts your view as you move your head from side to side, which feels like a pretty superfluous addition.

You can also use Kinect to "walk" around cars and explore them in the new Autovista mode. You can also do this with a controller, and the experience isn't markedly different either way. This isn't really gameplay, it's more like visiting a virtual car museum and taking a tour of some of the game's rarest, most interesting vehicles. As you pop the hood and get up for a closer look at the engine or wheels, specific points on the car pop out and offer a spoken description of that section. You can also get an overview of each Autovista car from Top Gear's Jeremy Clarkson. I can't imagine anyone spending a lot of time leaning their way around these different car models to hear every single bit of detail. Mostly, it's an interesting feature to try two or three times, and then maybe one or two more times if you're showing the game off to someone else. Maybe if you're an absolute car fiend you'll really want to devour all this information?

It's still a beautiful game and it's probably the world's best driving simulator, at least for consoles, but a lot of Forza 4's changes feel incremental at best. The game includes many of the same tracks found in previous installments, and I found myself getting a very "annual sports game update" vibe off of it. With that in mind, it seems like the game's most die-hard fans and people who didn't play the previous Forza will get the most out of Forza 4. It's easy to see that Forza 4 is a great game, but after playing hours of Forza 3 back when it was fresh, it was hard for me to get as much out of Forza 4's largely similar offering. 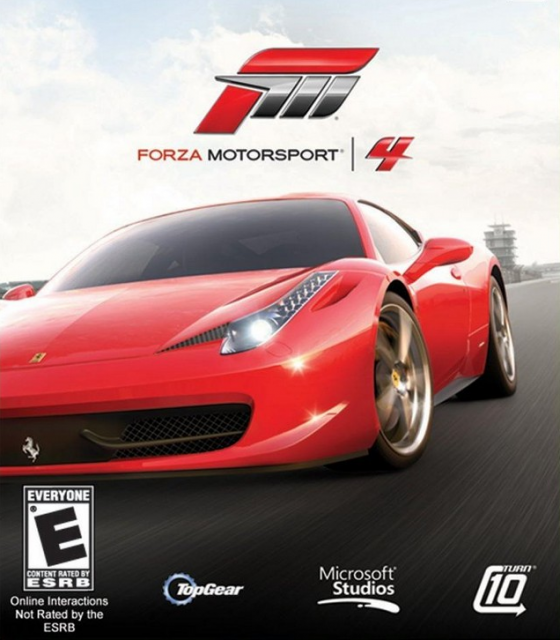