by Jeff Gerstmann on March 21, 2011
Share:TwitterFacebookReddit

Full House Poker has more features than the rest of the downloadable poker games on 360, and its live event option gives you a reason to keep playing.


Full House Poker isn't the first downloadable Hold 'Em poker game on the Xbox 360, but it's definitely the best. Though you still can't play for real money, it offers most of the features you'd expect from an online poker client. It also serves as a spiritual successor, of sorts, to 1 Vs. 100 by adding in some scheduled events that let you go up against a lot of different players at once. The AI isn't terrific, but if you're looking to play some online poker and aren't interested in the tons of free or real gambling options for this available on a PC, Full House serves it up quite well.

The big problem with video game poker is that when there are no real stakes to the gambling, people play like idiots. They go all-in with nothing over and over again, essentially griefing the game. Full House Poker attempts to get past this by giving you an online bankroll and requiring buy-ins for the bigger tournaments. This means that you sort of have to slum it in the low-level games or at least put in a chunk of offline time against the AI before you can get into some more meaningful action.

Some of the game's nicer features will seem like old hat to anyone that's been playing online poker for any length of time, but it's still great that Full House Poker lets you preload your actions. So if there are five players acting before you, and you already know you want to go all-in, you can just set that action and it will automatically occur when it's your turn to play. In cases where the circumstances have changed--if the players before you have bet or raised before it's your turn, your preset action is canceled, so it always does exactly what you want it to do. Again, the gambling sites have had this feature for a good, long time. But if you're only familiar with downloadable 360 poker games, this is a great addition.

Xbox 360 avatars are used in some interesting ways. You can perform chip trick animations at the table, and if you hold down a trigger while setting your action, you can put some theatrics into it. So if you want to timidly raise, you can. If you want to be splashy as you're pushing all of your chips into the middle, you can do that, too. In practice, it doesn't seem like people use this feature all that often, since most of them take longer than the neutral animation. Of course, there are achievements tied to using those animations, but you can bust most of those out in your first game, if you're so inclined.

In addition to the basic ranked and unranked multiplayer, you can also join "Texas Heat" events. These are scheduled 30-minute games that pit everyone against one another in a timed race to see who can gain the most experience points before the 30 minutes is up. You gain XP for intelligent play as well as for winning hands, so if you make the right call and fold a hand that would have lost or get out of a hand without spending any chips, you'll get a bit of an experience bump. It's an interesting way to make poker tournaments--which can be long and drawn out if you get a ton of participants--fit into a half-hour. The experience points you earn unlock additional clothing and animations, and also let you into higher-stakes multiplayer games. It's worth noting that the game launched with some nasty online issues that prevented some players from getting into online games, but most of that seems to have been ironed out by now.

You can also play alone, which is decent enough. The AI seems to have a few different styles, and you can't just push them out of every hand like you can with some weaker poker games. Still, this is only really interesting if you're a poker novice that's looking to pick up the basics before getting online. You can just slap together tables full of AI opponents or take on the AI one-on-one in a "pro showdown."

Ten dollars is kind of a lot to ask for online poker when there are tons of gambling sites and Facebook apps offering similar, free alternatives on home computers. But if you're not into that sort of thing, Full House Poker is a pretty good way to play Hold 'Em on your Xbox 360, and the season-based nature of the Texas Heat events give you a reason to stick with it over time.
Jeff Gerstmann on Google+
Load Comments 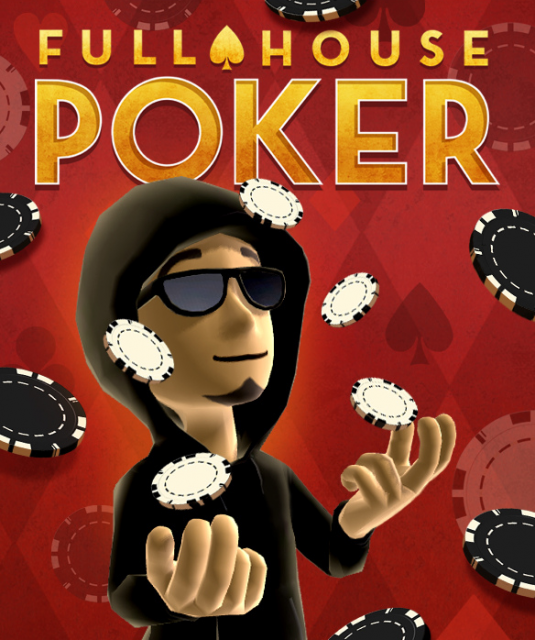