by Alex Navarro on May 23, 2012
Share:TwitterFacebookReddit

There is probably a great role-playing game to be made out of George R.R. Martin's A Song of Ice and Fire novels, but Game of Thrones isn't it.

Political intrigue, brutal, unflinching violence, hardscrabble characters that range from flexibly moral to morally bankrupt, and, of course, boobs; these are some of the hallmarks of George R.R. Martin's A Song of Ice and Fire series of fantasy novels, which you may be a tad more aware of these days thanks to the hit HBO series Game of Thrones. Beyond those facets, there is also a wry sense of gallows humor to Martin's writing that takes a bit of the poisonous edge off of what is generally a deeply unsentimental story full of people you might possibly like generally getting fucked over again and again until they either end up dead, raped, otherwise bloodied, or some combination of the three.

It's this sense of humor that is altogether absent from Game of Thrones, developer Cyanide Studio's detailed, if somewhat misguided attempt at turning Martin's fiction into a palatable role-playing experience. Taking mechanics largely inspired by BioWare's various RPGs and combining them with selected story elements of Martin's first Ice and Fire novel (and by proxy, the first season of the TV series), Game of Thrones has no shortage of aspirations. Unfortunately, Cyanide wildly overreaches beyond its apparent capabilities, turning in a depressingly lackluster effort that is a mere skeleton of its potential.

Before we go any further, know that you can play Game of Thrones sans any foreknowledge of the books or the TV series, but it's far from recommended. Cyanide has constructed a game that is absolutely rich in subtle and obscure details from Martin's books. The stories of Game of Thrones are self-contained, but for newcomers, many of the references and concepts tossed around by the characters and codices of the game are bound to go well over your head.

Those self-contained stories tell the concurrent tales of Mors Westford and Alester Sarwyck, two characters previously unknown to the world of Westeros. Mors is an almost comically grizzled ranger with the Night's Watch, the black-clad guardians of the massive, perpetually iced-over wall that separates the Seven Kingdoms from the barbaric mountain regions on the other side. Sarwyck is a former heir to the Lordship of Riverspring, a territory invented wholesale for the purposes of this game. After spending 15 years in the Free Cities of the eastern continent, Alester returns as a Red Priest of R'hllor to pay his last respects to his recently-deceased father, who may have died under suspicious circumstances.

The set up and narrative structure of the game is one of the things Cyanide nails, insomuch as it feels very similar to the way Martin tells his stories. The game moves back and forth between Mors and Alester's lives as they unknowingly investigate opposing sides of a mystery, which pertains to a strange woman being hunted by rival houses and even Queen Cersei herself. Eventually these two stories do converge, and do so in an intelligent way that genuinely qualifies as a very cool and cathartic moment in a game that tragically has precious few of them.

It's not that Game of Thrones lacks the grotesque violence or the heartbreaking double-crosses or the abject misery generally experienced by Martin's characters; it's that there isn't really much else beyond those things. Growing attached to any one character probably isn't a good idea, because the writers of this game are even more capricious about killing them off than Martin is himself. As for Mors and Alester, neither is exactly a cheery fellow. Alester's emotions range between forlorn and sleepy, while Mors is such a coarse and uninviting creature that just being around him can feel like a slow, agonizing suicide by sandpaper. And they both suffer indignity after indignity as the game goes along, to the point where you start to wish it would just end, already, if only to spare them some needless suffering. By the end of Game of Thrones, you'll think Ned Stark got off comparatively easy.

With all this misery and skulduggery and relentless stabbing comes none of the wit inherent to the books and the TV show. The Game of Thrones TV series works especially well because there are so many clever personalities so brilliantly portrayed by actors like Peter Dinklage, Charles Dance, Maisie Williams, and the like. Those personalities are essentially absent in this game. Major characters like Tyrion Lannister, Littlefinger, and anyone from the Stark or Baratheon clans are nowhere to be found, and the supplemental characters created for the game aren't suitable replacements. Lord Varys, the bald-headed eunuch and master of spies is on hand (and voiced by TV series actor Conleth Hill), but his scenes lack any of the witty repartee he's so well known for on the show and in the books.

From the TV cast, he is joined only by James Cosmo, the actor who plays Night's Watch commander Jeor Mormont. Sadly, Cosmo's performance is brought down by the same trap that snags pretty much every other voice actor in this thing: the script. Game of Thrones is an exceptionally wordy game, filled with long-winded strings of purple dialogue that has no right coming out of a human mouth, even in this high fantasy world. The actors struggle endlessly to try and emote these needlessly engorged strings of expository text into something that sounds vaguely human, but it never quite works.

Regrettably, dialogue dominates much of Game of Thrones' progression. In gameplay, Cyanide has implemented elements of player choice into the dialogue, which can have distinct effects on how later sections of the game play out. The choices you're presented with are generally interesting ones, but the problem is that they're sandwiched between lengthy sections where you're just listening to characters explain to one another the stuff that you just saw happen five minutes ago. You can, thankfully, skip most dialogue sequences, but you're going to be hitting that skip button a lot before you get to the next mission.

The tech and art that make up the foundation of Game of Thrones do little to make up for these shortcomings. Game of Thrones is not an attractive game, even by the admittedly bleak standards set by the show's depiction of the world. Characters are stiffly animated and poorly rendered, environments are bland, blurry, and blocky, and at no point do characters engaged in combat look like they're even aware of one another, let alone actually engaging one another.

It's a shame, because the combat and character-building systems as designed aren't half-bad; they're just not executed particularly well. At the outset of the game, you choose from one of three different combat stances that each character will use throughout the game, which determine your proficiency in different weapon types. Additionally, you'll have to choose equivalent strengths and weaknesses. Strengths are the expected stuff, like leadership bonuses that help rally your party members, or agility bonuses that make you more nimble in combat. Weaknesses, however, drag down your abilities a bit. For instance, you might choose the hemophiliac weakness, which causes you to bleed (and thus lose more hit points) during combat, or you might have a fear of fire that makes you more susceptible to fire damage.

It's a neat little balancing act that sadly is rendered less-than-thrilling by the dearth of interesting abilities you're afforded. You'll gain new attacks and abilities at a reasonably rapid clip, but only a handful of them are particularly useful in battle. This essentially means you'll find yourself spamming the same three or four attacks through every single combat sequence, a fact made all the more tedious by the general lack of enemy variety in front of you. Sometimes the combat challenge level will violently spike, but it's not because you're fighting new or more interesting characters. I hope you enjoy killing dumb guys with swords, bigger dumb guys with swords, and really dumb archers (they clearly don't understand the concept of "ranged" attacks), because that's about all you're going to get.

Mors and Alester each have their own character-specific abilities as well: Alester's priestly powers give him control over fire magic, while Mors is a skinchanger, meaning he can enter the mind of his trusty dog, whom Mors hasn't even bothered to give a name. The fire magic stuff adds a bit of depth to Alester's combat sequences, but it's ultimately unneeded depth, since again, the same few attacks are easily relied upon for the duration. In addition to being able to send the dog after attackers, skinchanging gives Mors an extra stealth ability, since the dog is less noticeable and can sneak through smaller spaces. Unfortunately, the dog sections tend to drag on far longer than is fun, especially when you end up doing the same button-mashing minigame every single time you want to murder someone quietly.

That's pretty much the whole of Game of Thrones. Sad dialogue, combat, sad dialogue, combat, sad dialogue, more sad dialogue, something outright horrifying happening, sad combat, and so on repeated in varying orders for a bit more than 20 hours. I'll admit that as a fan of the source material, I did find myself increasingly willing to put up with Game of Thrones' mediocre mechanics and ass-ugly graphics for the sake of pushing forward in the story. At points, its tale can be quite gripping. But between its healthy dollops of bloated dialogue, its endlessly embittered tone, and its perhaps unsurprisingly bleak conclusion--no matter which of the multiple endings you end up with, mind you--I ultimately found Game of Thrones too soul-draining to enjoy. There is fan service to be had here, but the trade-off of what you have to endure to experience it isn't balanced in your favor. 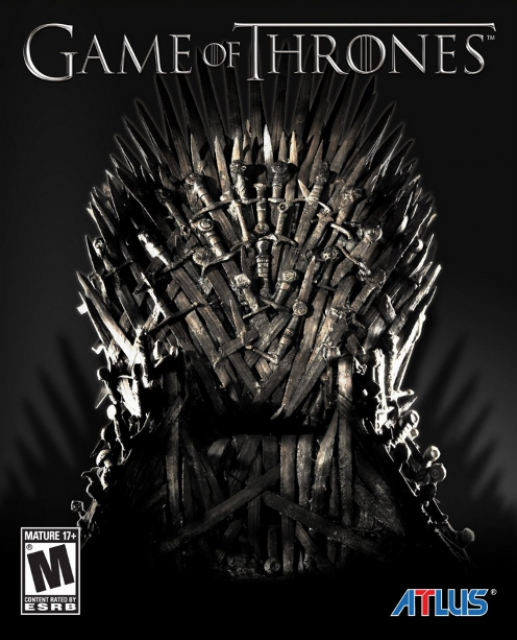 Grubb is joined by Jan to discuss The Game Awards predictions, Valve's confidence in Microsoft, and more.