by Ryan Davis on May 5, 2008
Share:TwitterFacebookReddit

It provides a promising glimpse into the future of Gran Turismo, but the content doesn't justify the $39.99 price tag.

The things about Polyphony Digital's driving simulation series that have kept me at bay over the years--the self-serious tone, the unapologetic driving model--seem to have been softened up a little bit with Gran Turismo 5 Prologue, at least enough to allow me to appreciate the painstaking detail that goes into making what is essentially a car commercial in motion. As a taste of what the full version of Gran Turismo 5 will offer, GT5 Prologue is successful--I'm now more excited about the release of Gran Turismo 5 than I've been for any other Gran Turismo release. The thing is, Sony's charging $39.99 for what is essentially an elaborate demo. As pretty as everything in GT5 Prologue is, there's just not a whole lot to it.
The game includes six race tracks, featuring well-known real-world locations such as Suzuka and Daytona, and around 70 cars provided by a host of different manufacturers. From Daihatsu to Ferrari, there's a pretty good cross-section of car-makers represented here, but don't expect to find much depth to any individual manufacturer's lineup, as most feature only one or two cars. The cars look absolutely stunning, easily some of the most detailed and realistic-looking cars I've seen in any game. The tracks all look great when you're in motion, though if you come to a complete stop you might notice some blurry textures or cheap-looking onlookers. The rough edges only stands out, though, because the majority of the visuals here are so neat and tidy, so impossibly idyllic. With such an apparent obsession with creating clean-looking visuals, I now kind of understand why Polyphony Digital has shied away from including car damage in a Gran Turismo game.
There's still no damage model in GT5 Prologue, though the gameplay seems to have been made much more accessible since the last time I checked out a Gran Turismo game. The driving line is now always on by default, and it can change color on the fly to let you know when you need to slow down in order to maintain an ideal line, but perhaps more importantly, the handling just seems more forgiving. It still requires a certain type of smart, technical driving, so you're not going to be drifting your way through every corner, but first-timers are less likely to end up in a spin at the first bend in the road. As welcome as these adjustments are, the Gran Turismo driver AI is still pretty dull, and when combined with the lack of car damage, it's very easy to use the other cars as cushions and just bang your way around corners, effectively stripping away the game's realistic veneer.
The single-player progression helps to ease you into things with class-based challenges that start you off with slower, more manageable cars. Each of the three classes consists of ten different challenges, most of which simply require you to finish a quick race with bronze or better, though there are also a few challenges that task you with going from worst to first in a single lap, or achieve a specific lap time against a rolling field of drivers. You'll regularly find restrictions on the cars you can use, whether it be based on performance, region of manufacture, or on a specific model of car, often forcing you to spend some of the money you've earned competing in races on the right car. This can lead to situations where you have to repeatedly replay past events in order to raise the money you need in order to buy the car you need in order to advance to the next challenge.
Even with alternate versions of the six tracks included in the game, track repetition is a big problem in GT5 Prologue, and the fact that these are mostly tracks that you've probably already played in numerous other racing games doesn't help. The thing that probably has Gran Turismo fans most excited about GT5 Prologue is the inclusion of online multiplayer, a first for the series. It's functional, but unless you're specifically excited about being able to play Gran Turismo over the Internet, there's not much particularly unique or exciting about it.
Generally speaking, though, I like what Gran Turismo 5 Prologue offers, I just don't care for the decision to monetize it. Gran Turismo 4 featured more than 50 tracks and more than 700 cars, so if $39.99 buys you just six tracks and 70 cars in 2008, I don't even want to imagine how much Gran Turismo 5 will cost.
Load Comments 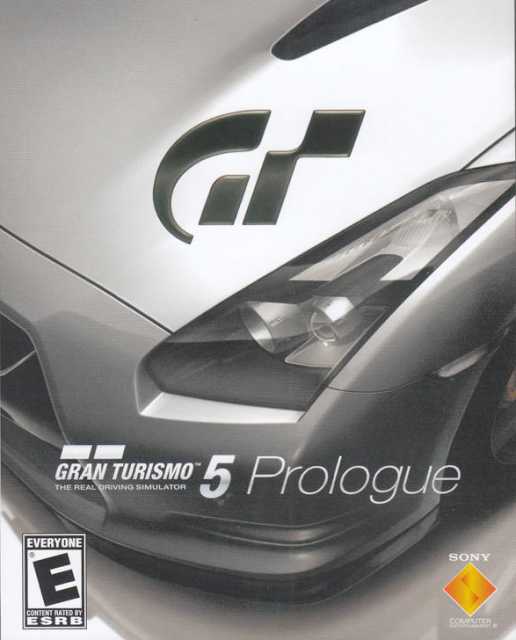