by Ryan Davis on August 1, 2008
Share:TwitterFacebookReddit

Even if you are a hardcore Aerosmith fan, this game's short and spotty track list makes it hard to recommend.

Guitar Hero: Aerosmith is, according to Activision, just the first of many band-specific Guitar Hero games--a concept that I inherently find to be pretty questionable. It doesn't help that Guitar Hero: Aerosmith is a pretty slapdash product which features fewer songs, a narrower range of songs, and no DLC support, yet it commands the same premium price as Guitar Hero III: Legends of Rock. A deep appreciation for Aerosmith is an obvious necessity to really enjoy this game, but even then it's missing a number of tracks by the Boston quintet that seem rather essential.

Guitar Hero: Aerosmith uses the same familiar single-player progression as previous Guitar Hero games, challenging you to complete songs in groups of five before moving on to the next set. Cleverly, the game presents each set as a full concert performance at some critical point in Aerosmith's career, starting with Aerosmith's very first performance in a high-school gym, and ending with their induction into the Rock 'n Roll Hall of Fame.

It's not All Aerosmith All the Time, though, with the first two songs in each set being provided by bands that have actually played with Aerosmith, including Cheap Trick, The Clash, Run DMC, The Black Crowes, Ted Nugent, and more. With the exception of Run DMC's “King of Rock,” which unnervingly features a digital DMC mouthing both vocal parts, the opening bands are all portrayed by the same house band seen in Guitar Hero III.

Once Aerosmith takes the stage, though, you'll be treated to a muppety, dead-eyed version of the band. The mo-cap looks authentic, but the exaggerations of real, recognizable people border on grotesque, with Steven Tyler looking more like an iguana than usual. There are grainy, quick-cut interviews with the bones-and-bones members of Aerosmith in between sets. The details here are thin, and it's disappointing, if not terribly surprising, that the game glosses over the band's drug-fueled meltdown in the late 70s.

The Grand mal disappointment of Guitar Hero: Aerosmith, though, is that it's oddly lacking in Aerosmith. There are but six sets of songs in the game, and with the first two songs in each set coming from opening bands, that means you get a scant 18 songs in the single-player game from the band whose name is on the front of the box. There's an additional 11 Aerosmith and Aerosmith-related songs you can unlock outside the main game, including a number of surprisingly good, bluesy Joe Perry solo songs, but there are some considerable gaps in the Aerosmith catalog.

You get most of the greatest hits, as well as a good amount of late-period filler, but the game all but ignores the band's best-selling 1993 album Get a Grip, omitting essentials like “Cryin'” and “Crazy,” as well as “I Don't Want to Miss a Thing” from the Armageddon soundtrack. Yeah, they're big, cheesy power ballads, but they're some of the band's most recognizable songs. It's telling that “Train Kept a Rollin'” serves as the big finish here, when it appeared a good six months earlier as just-another-song in Rock Band.

Besides charging the same price as Guitar Hero III while providing just a fraction of the songs, what bothers me most about Guitar Hero: Aerosmith is the fact that, not long after its release, it was made essentially obsolete by the announcement that the next full installment in the Guitar Hero franchise would follow the Rock Band template of letting you play a variety of instruments. I think there's some merit to the notion that games like this may be the future of commercial music, but the execution here reeks of an outdated mentality.
Load Comments 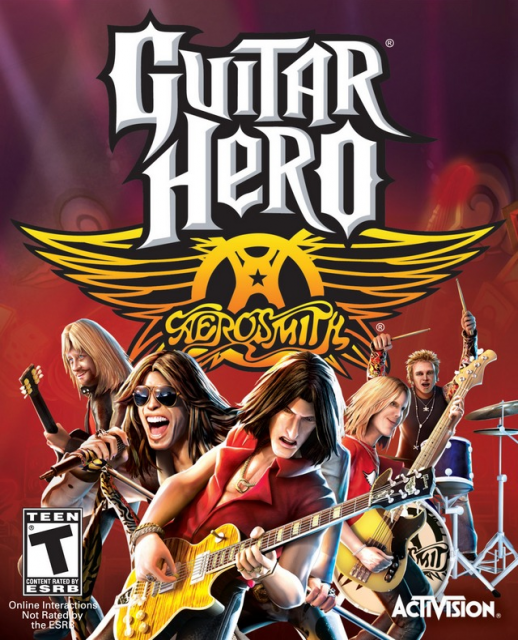 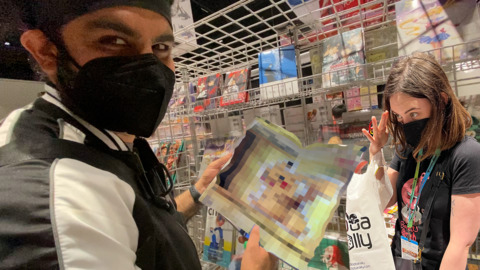