by Jeff Gerstmann on June 25, 2009
Share:TwitterFacebookReddit

Guitar Hero: Smash Hits is better than it sounds, but it'd probably be even better as a collection of downloadable tracks for Guitar Hero: World Tour.

Guitar Hero: Smash Hits is a nearly fully featured Guitar Hero game based on the foundation laid by the last full game in the series, World Tour. It offers a song list full of tracks that have appeared in previous Guitar Hero games, but don't get your anti-rehash pitchforks out just yet. Since this is based on Guitar Hero: World Tour, you can now play as a full four-person band with vocals, drums, guitar, and bass. So it doesn't feel like warmed-over leftovers from the series' past. That said, something about the game's full $59.99 price tag doesn't quite feel right, either.
Maybe that's because these songs all appeared in games that were chosen for their guitar parts. It's no surprise that a game called Guitar Hero would have songs with great guitar parts... but that doesn't mean I want to try to sing or play drums on "Through The Fire And Flames" by DragonForce, either. Also, the game's guitar parts have been retracked with new note patterns. If you're a Guitar Hero purist with fond memories of which buttons you needed to press back in the good old days, this might bother you. But considering how much the difficulty in Guitar Hero games has ramped up since those early days, retracking the songs to place them more in line with the modern releases allows the songs to still be a challenge on the higher difficulties.
While the game has support for the goofy GHTunes feature, where you can create tracks using various instrument samples and freely share them online, it doesn't have support for the proper, paid downloadable content that you may or may not have been buying for World Tour. This seems kind of silly. Also, while the Guitar Hero series hasn't been big on exporting tracks from a disc for use with another Guitar Hero game, you should probably know that you can't export the Smash Hits soundtrack and just play it in World Tour. This would have been a nice feature, since Smash Hits is little more than a collection of new songs to play with your existing hardware.
Beyond that, this has the same features you'd expect to find in a Guitar Hero game. There's a career mode that provides a progression through the songs when playing alone or as a group, or you can just go to quick play, where everything's already unlocked. There are also a bunch of online modes that let you compete against or cooperate with players on the other side of the Internet.
Even though some of the songs appeared as covers in the previous games, they're all being done by the original artists now. In some cases (probably cases where the original masters weren't available), the game doesn't have the original recording. For example, Pantera's "Cowboys From Hell" is a live track. So, provided you're pleased with the feature set, it really comes down to a desire to play the songs on the disc. Probably the best advice I can give you is to take a look at that song list, weigh it against your desire to play them across multiple instruments, and go from there. There are definitely some quality songs on the list, but I think I would have rather been able to pick and choose a few of them as downloadable content for World Tour than be forced to buy them as a package.
Jeff Gerstmann on Google+
Load Comments 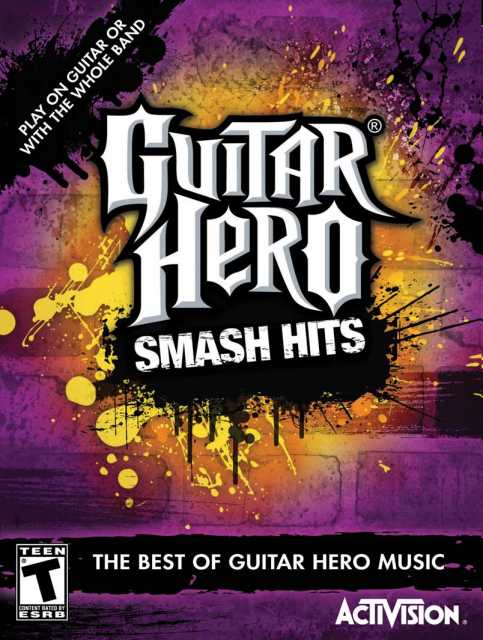