by Brad Shoemaker on November 17, 2011
Share:TwitterFacebookReddit

Halo may have ceded the online multiplayer throne to Call of Duty in recent years, but that hasn't stopped Microsoft and 343 Industries from paying due reverence to the vaunted original game on its tenth birthday. The new Anniversary edition of Halo: Combat Evolved slaps a nice-looking modern coat of paint onto what is basically the same campaign experience you had a decade ago, and while the game's age certainly shows in some of its more antiquated design elements, Halo's core combat remains so hard-hitting and dynamic that it's still worth going back to after all this time.

What you get in this retail disc package is squarely focused on recreating Halo's single-player campaign, to which the hallowed multiplayer experience takes a back seat. Today, that campaign feels like equal parts modern shooter and nostalgia trip. The durable "combat puzzle" aspect of Halo's gameplay hasn't fundamentally changed throughout the course of the franchise, largely because Bungie pretty much got it right the first time. Halo's diverse mix of the Master Chief's traditional human weapons and the Covenant's more exotic, energy-based arsenal gives you a great range of options for approaching different combat scenarios, and it's still a treat to change up your tactics on the higher difficulties and see a real difference in your performance, especially since you can count on the game to play out differently every time you reload a checkpoint. That unpredictable interplay of enemy behavior and strategic options is just as exciting in this remake as it ever was, especially with two players in co-op on Heroic or Legendary. The challenge at that level is no slouch.

At least, that all holds true when you're fighting the Covenant, who take cover and use other tactics to keep you guessing. They're worthy adversaries. But fighting the Flood hasn't gotten any more fun in the last 10 years, since they act with no self-preservation and just run mindlessly at you, like they're straight out of Doom. That's directly counter to what makes Halo's combat great, and it's telling that you saw less and less of the Flood in each subsequent Halo game until you saw none at all. The infamously long and drab Library level is also unchanged, and fighting hordes of Flood ganging up on me in there really tried my patience. But Anniversary isn't about making the Halo campaign better or more modern. It's almost like a museum piece, meant to preserve the original experience in as pure a form as possible.

In that sense, it's novel to play Anniversary and remember some of those specific attributes of that first game that have changed over the years in subsequent releases. Remember when you couldn't hijack vehicles or use energy swords? On the flip side, you can run around holding a full charge in your plasma pistol for as long as you want, and that beast of a default pistol is in here, ready to dispense headshots with gusto. Down to the last detail, this is the campaign you remember. The only additions are 360 achievements--some of which offer some neat level-specific challenges--and collectible terminals and campaign skulls. Both of those are well hidden; you'll have to pull off painful grenade jumps to get to some of the best skulls, and the terminals are often located off the beaten path as well. Each terminal is accompanied by a decent little motion graphic with voiceover that provides some additional backstory for the series. Some of the terminal videos are probably dropping Halo 4 hints as well, though it's impossible to say for sure what any of it means for the future just yet.

Other aspects of the campaign make Halo: CE's age glaringly apparent. Some segments of the game's level design were noticeably repetitive even when it was new, and that repetition sticks out like a sore thumb now as you fight through corridor after featureless corridor in some levels. It's a good thing the combat is generally still a lot of fun, otherwise those levels would get real boring, real fast. The game's more natural exterior areas are still striking, though, and it's a great trip down memory lane to storm the beach in The Silent Cartographer again, especially with the game's slick graphical refresh.

That overhaul brings CE's visuals more or less up to par with the other 360 Halo games, and it actually expands the color palette of a lot of those less interesting corridor sequences. In the original game, every interior had the same cold, blue-grey thing going on, but Anniversary paints different levels with different sets of colored lights and other glowing doohickeys to at least make them distinctive from one another. The Library alone uses reds and oranges on one floor, then blues and greens on another, which makes things a little more interesting visually even while you're mowing down the thousandth Flood infection critter in a row. It's also a nice touch that you can switch between new and old graphics with only a couple of seconds of downtime in between. It's a little odd that there are a few cases where the game is easier with the old style--the stealth-camo elites stand out better that way, and there's less foliage to obscure your zoomed shots in many outdoor spots--but otherwise, it's great to be able to compare the new graphics to the way Halo used to look, just to see how far we've come in 10 years.

As serviceable as the new graphics are, the game seems bound to the animation routines and pathfinding of the original game, so while the characters look better, they still move around kind of mechanically. Your AI comrades can also behave hilariously badly at times. I had an ally run up in front of me and throw a grenade directly into a wall, which bounced back and killed us both. Another time, five NPCs busied themselves by running around in circles and colliding with each other, shouting things like "I'm going after them!" from about 50 feet behind the front line while I took on like eight enemies by myself. It's been so long since I played Halo: CE in its original form that I honestly can't remember how much of this is just an echo of the way the game used to be, but whether these issues are new or old, they aren't much fun.

Rather than recreate everything about the original Halo's fondly remembered multiplayer, 343 has simply opted to offer a six-classic-map add-on (plus one new Firefight map, complete with AI buddies) for Halo: Reach. That means you're actually firing up Reach when you launch "multiplayer" from Anniversary's menu, so you're playing with the Reach matchmaking, the Reach physics, and the Reach weapons and abilities when you go online. At least there's a classic playlist that removes new-school player abilities and such for a more "pure" Halo multiplayer experience, but you still aren't going to get the exact same pistol in here, and it's a little jarring to play a bunch of the campaign and multiplayer side by side since the movement feels quite different between the two. On the upside, the new maps integrate really well with the Reach online infrastructure, and given that I haven't fired up Reach since it was new, it was heartwarming to see my custom Noble 6 pop right back up.

Naturally, your interest in this stuff largely hinges on how much you still enjoy the way Reach plays online. While it would have been nice to see everything about the original Halo: CE multiplayer recreated here, that kind of complete overhaul is probably beyond the scope of this package, which already feels like a sensible value at its $40 price point. The classic Anniversary maps will also be on sale on Xbox Live for Reach owners, and Anniversary itself includes a voucher for those maps in case you just want to store them on your hard drive and keep your Reach disc in the drive--giving you access to every bit of Reach multiplayer content yet released, assuming you own the other map packs--after you've finished the CE campaign. It's a reasonably elegant way to handle the split between the two games.

Halo finds itself in the middle of a brief transitional period at the moment, between Bungie letting go of its sacred property and 343 kicking off its own stewardship of the franchise. It was probably a coincidence that the first game's tenth birthday fell right smack in between those two events, but regardless, Anniversary is a nicely executed, nostalgic way to keep Master Chief active in the public consciousness on an off year. 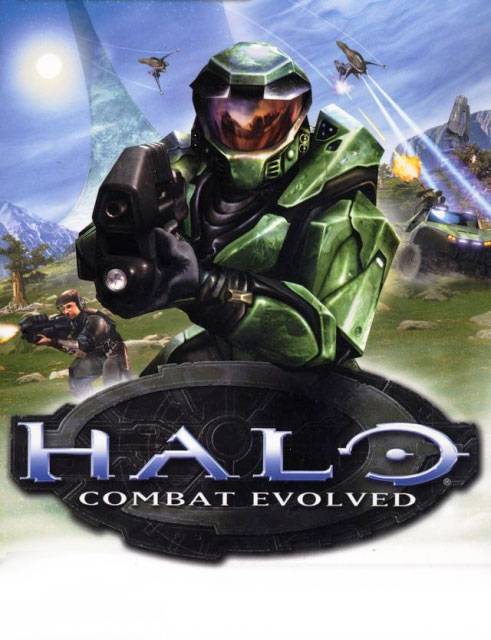