by Brad Shoemaker on November 17, 2009
Share:TwitterFacebookReddit

If more Left 4 Dead is what you're after, this sequel has it. A lot of it.


There are a couple of things you should know about Left 4 Dead 2. If you're the sort of person who loved the unique cooperative action and eerie undead trappings of the original--but may have felt that game was a little thin on value--know this much-improved sequel has more than enough new content to justify its status as a full-priced standalone package. Conversely, this is very much an incremental improvement over Left 4 Dead, with more campaigns, more enemy types, more multiplayer modes, more and better weapons--more of everything but, in essence, the same game. If the first one didn't do much for you, this sequel won't make a significantly different attempt to win you over, either. Based on those two statements, you might already know whether or not you'll want to bother with Left 4 Dead 2 at all.

If you're neither of those people, let me fill in some gaps. Left 4 Dead 2 is still all about the plight of four unlikely survivors brought together by the rigors of the zombie apocalypse, battling their way through a series of loosely connected scenarios rife with dramatic scripted action sequences and unpredictable undead attacks. Valve has given this sequel a more coherent cultural backdrop by setting it entirely in the South, with an arduous trek that leads you from Savannah, Georgia through a rundown old theme park, the bayou, an antebellum plantation, and right on into a New Orleans so overrun by the undead menace that it's also under assault by what remains of the nation's uninfected emergency military forces. You get everything from elevated swamp houses to a soundtrack filled with slide guitars and "When the Saints Go Marching In" to drive home exactly where it is you're fighting through.

Valve has once again spun an eminently convincing yarn of the zombie-fueled end of mankind, with innumerable subtle but cumulatively effective ways to tell you how bad the outbreak has gotten. From the panicked scrawling on safehouse walls to infected riot cops and hazmat-wearing emergency management zombies who assault you, it's apparent at every turn that this has gotten bad. Real bad. And yet with no plodding cutscenes or even a hint of real exposition, Left 4 Dead 2 remains the most chilling, believable image of undead armageddon I can remember seeing in a game. Considering how many other zombie games are out there these days, that ought to tell you something.

In the same sense, a game so focused on expertly paced cooperative action might well star a group of nameless, voiceless characters who only exist to wield shotguns, so it's further testament to the fine characterizations in Left 4 Dead 2 that I want to even bother introducing Nick, Rochelle, Coach, and Ellis. They're a ragtag group every bit as memorable as the first game's team--perhaps even more so thanks to Coach's burly, world-weary witticisms and Ellis' incessant Southern-fried yammering. Valve wrote and recorded a fair sight more dialogue for this sequel that humanizes the player characters and drives home the desperation of their struggle. For all the comic relief that comes from Coach and Ellis, the first time you hear Nick growl "Goddamnit, goddamnit, goddamnit!" you realize just how dire this thing is.

If you're familiar with the first game, none of this is news to you; this sequel is more of the same, in a case where the thing everyone wanted out of the first game was, in fact, more. So let me break down the nuts and bolts: Left 4 Dead 2 is simply a bigger game than its predecessor. You've got five meaty, involved campaigns to the first game's four, each of which has a unique identity and a lot of great moments. Want to blast zombies in the Tunnel of Love? Fight your way through a raging thunderstorm that you can barely see through? Make a ridiculous last stand in the middle of a deserted rock 'n roll stage show? You'll do all of that and a lot more.

The little additions to the core gameplay add up to a big improvement. There's a huge list of new firearms in the game that have a great feel to them, and the inclusion of melee weapons that replace your sidearm is a seemingly obvious but nonetheless brilliant move. The melee weapons have a weight and potency that lets you swing through scores of zombies in seconds, and while it's fun enough to wield a chainsaw, machete, or fireman's axe, there's a far more gleeful absurdity to doing the same thing with frying pans and guitars. There's a ton of new gear that gives you more survival options as well, including an adrenaline shot that speeds up healing and revivals, a bottle of boomer bile you can hurl onto special infected like the tank to make the horde attack them, and a defibrillator that will bring a dead survivor right back to life where they fell.

The three new special infected types might collectively be the thing that most changes up the survivor/infected dynamic. The spitter delivers a nasty area-of-effect acid pool that the subversive jockey can ride a human straight into. And the charger can barrel out of nowhere to snare one survivor and separate them from the pack, then pound the hell out of them for massive damage before the other humans can do much about it. These new infected mix it up with old favorites like the boomer, smoker, and tank to make cooperative runs through the campaigns trickier and more interesting. They definitely keep you on your toes.

Despite all these improvements--and the AI Director's efforts to randomize the enemy and item placement, a function it continues to perform admirably--I didn't feel the need to play through the campaigns in a purely cooperative setting more than two or three times. Those who relish a ludicrous challenge will appreciate the "Realism" option, which really amps up the difficulty by doing things like making all the zombies significantly harder to kill (even the common ones), and removing the other survivors' outlines that normally let you see them through walls. I tried playing a campaign on Expert difficulty with Realism mode enabled, and my whole group lasted roughly 90 seconds. We wiped out before we even saw any special infected. It's ridiculous. The game also isn't much fun by yourself, since the AI isn't nearly as capable as a real player, and, let's face it, you can't talk to it, either. So unless you're the sort of masochist who enjoys playing the same levels over and over at increasingly more punishing difficulty levels--and you can consistently find at least three other like-minded individuals--you probably won't go back to each campaign more than a couple of times, either, once you've seen all their admittedly wonderful tricks the first time or two.

Once again, it's the competitive multiplayer modes that give Left 4 Dead 2 its longevity. It's fortunate the fantastic Versus mode now works in all five campaigns right out of the box, letting you take control of the special infected to stop the survivors from reaching the next safehouse. Just as those new infected add a lot to the co-op against the AI, they also make Versus a lot more fun and varied, since you've now got six playable zombie types to cycle through instead of only three. There are some effective (and really funny) strategies you can pull off by combining different infected characters' special attacks together, and the greater overall range of tactical options for the infected really keeps the survivors on their toes. They'll need every bit of that new gear to win.

As good as Versus is, it's not a mode you can just sit down and play casually. You're effectively playing through a whole campaign twice, so you'll need a good 90 minutes to get through an entire match from start to finish. Luckily, there are now some better options for getting a shorter but still satisfying Left 4 Dead experience. The Survival mode that Valve patched into the original game makes a return here, letting you and three others fight off nonstop, brutal waves of zombies to see how long you can last. (Hint: not very long.) Survival is intense, but it's also sort of a one-trick pony.

Then there's Scavenge mode, which is my single favorite new thing in Left 4 Dead 2. The survivors start out with 90 seconds on the clock, grouped around a centrally located generator. They have to move out into the map to pick up cans of gas and dump them into that generator, each time adding an extra 20 seconds to the clock. The infected players, of course, have to stop them. Scavenge moves fast--if you shut the survivors out, the round only lasts 90 seconds--and there's a ton of potential for frantic tension between the two sides. A hunter, jockey, or charger can set up an effective ambush near the generator, stopping a survivor from delivering that last crucial gas can. Spitters can douse dropped cans to destroy them, and since cans don't regenerate, that quickly lowers the survivors' score potential. But they have a small advantage in sudden death, which continues the round after time hits zero, as long as one survivor is still holding a can. When there are precious few seconds on the clock, Scavenge becomes a mad dash to get a gas can into your hands and keep it there to keep the round from ending. Scavenge is a fast-paced, skill-intensive mode that's good for a lot of teamwork and a lot of laughs. It's probably the last thing in Left 4 Dead 2 I'll keep playing before I retire the game for good.

Valve continues to be one of the few first-person shooter developers doing right by both the PC and consoles--or at least the Xbox 360, since Left 4 Dead still hasn't graced the PlayStation 3 as yet. Aside from a few isolated spots where the frame rate drops to uncomfortable levels, the 360 game is a smooth, fine-looking way to play the game. I had infrequent issues connecting to my friends' open lobbies, but no more than you'd expect with any multiplayer game on Xbox Live. The PC version, on the other hand, looks significantly sharper than the 360 game and also runs a lot more smoothly on a decent system. Better, the multiplayer framework offers the best of both worlds, straddling the line between console-style "quick game" matchmaking that gets you into a game immediately, and dedicated-server support that ties into Steam groups to quickly show you any servers your friends and groupmates are running. Ultimately you should play Left 4 Dead 2 on the platform you have the most friends playing it on, but all other things being equal, the PC game is the one to get.

Left 4 Dead 2 feels like the game Valve should have shipped this time last year, and if they had, I don't think you would have heard a word about a dearth of content hampering this otherwise fantastic multiplayer experience. And you certainly can't make that claim now. Anyone who's complaining about this sequel being an overpriced expansion might as well hang it up; there is simply far more content by volume in this package than in the original. The core of Left 4 Dead may have lost some of its newness in the last 12 months, but the wealth of additions in this sequel ought to keep you blasting zombies and munching on brains for a good long while.
Brad Shoemaker on Google+
Load Comments 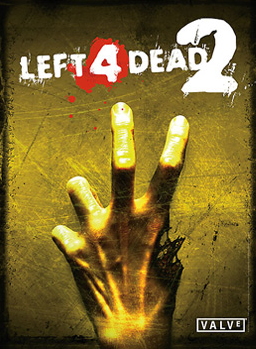