by Brad Shoemaker on July 19, 2010
Share:TwitterFacebookReddit

Stark, gruesome, and gorgeous, this indie puzzle platformer will stick in your mind long after you've seen it to the end.


Limbo is a game some people will shortly be referring to as not just a great game but an accomplishment. And it is. The story of this grim, gorgeous puzzle platformer's meteoric rise from Independent Games Fest honoree to triumph of the downloadable format is one I think people will talk about for a while. At least I hope they do; the razor-like precision of the design and starkly minimalist visual style create a short but indelible experience that deserves to appear before a lot of eyes. I know I had a hard time putting it out of my head for a while after I finished it.

In the simplest terms, Limbo is a side-scrolling action game featuring a little boy looking for his sister in the big spooky forest. I only know that from reading a descriptive blurb somewhere; beyond the menus, the game itself uses no words (written or spoken) to communicate any sort of story. It doesn't even have real music, just a sublimely rendered ambient soundscape. And it doesn't need any of that stuff. You wake up in the woods, and off you go into an increasingly weird, oppressive, sinister dream world. Your sole occupation is to run left to right and try to avoid all the myriad ways this awful wilderness is trying to kill you, and the game focuses all of its efforts on enabling that single objective.

You won't manage to avoid most of those dangers the first time, because so much of Limbo's action centers on brutally immediate, unforgiving environmental hazards. A blade might come swinging out of nowhere and slice you in half, or a gigantic spider could impale you on a wickedly sharp leg almost before you realize it's there. There's really never a moment when you're not in danger of meeting some grisly end or other, and most of those ends you will not see coming. Note however that the timing and triggers in each scenario are the same every time, so getting through the game requires a lot of trial and error, dying to some unforeseen menace two, three, four times before you work out exactly what you need to do and how fast you need to do it to keep yourself alive and continue on.

There are plenty of puzzles that don't require any deft controller work out of you but will tax the hell out of your problem-solving. So you won't necessarily die to these, but you might be totally, maddeningly baffled by a few of the tougher ones until you hit on solutions that are so abstract in a few cases they felt like they rivaled anything in Braid. The game steadily introduces new environmental mechanics like water, gravity, and magnetism through the end of the game, so you never feel like you're doing the exact same thing twice. Every puzzle is keyed to the unique environment it's taking place in, almost like an adventure game. It's evident one or more people put a ton of thought into every single thing you do in this game. It constantly challenges and rewards you.

In case it's not clear already, Limbo is a really hard game, probably too hard for casual players to make it through. But the extreme difficulty is bearable because everything in the game behaves in a very measured, deliberate way, especially the boy himself. He runs, jumps, climbs, and moves objects at a steady and predictable rate that feels really natural when you control him. That makes it easy to gauge timing and distance for your jumps and other moves. And everything in the game obeys a fairly realistic physics model that gives the gameplay a weird sort of tactile feel. Also, there's a checkpoint about every five feet, so you can almost instantly go from dying to retrying the thing you died on. Death is no burden here, just a means to further exploring each obstacle. Taken purely by volume this isn't a long game, but you'll feel like you've gotten plenty out of it by the time you've worked out every puzzle and survived every challenge.

The game is a joy to behold in every aspect. There are no colors, just black, white, and shades of grey, but it gets an astonishing amount of mileage out of this limited visual economy. Everything--characters, objects, background elements--is seen only in silhouette, which must have saved a ton of work on the art side. It also has the peripheral benefit of giving the game a wonderfully stark, striking appearance that, coupled with super animation and a grain effect, gives the game a sort of silent-film quality. Actually, a lot of things about Limbo seem cinematically influenced, even little elements like the way it jump cuts back to gameplay when you die. Similar to the art style, the sound design is subtle and reserved, but it perfectly serves to bring your surroundings to life. It would be a great game no matter what it looked like, but the the sublime production values make this a transcendent experience.

Limbo has a transportive quality that's hard to articulate. It so expertly realizes both its internal gameplay logic and its prevailing aesthetic that it almost creates a sort of reverie as you play, fully removing you from your physical environment and plopping you into this cold, mesmerizing other land. Though you'll find it's a tough place to survive, it might also be one you're in no hurry to leave behind. The game is a masterpiece.
Brad Shoemaker on Google+
Load Comments 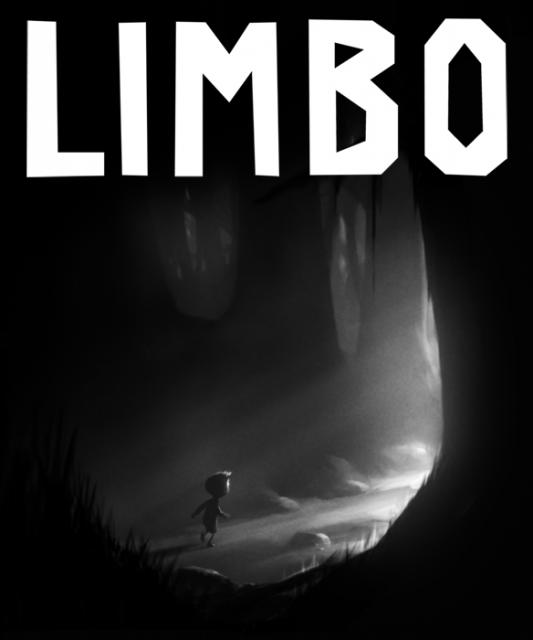