by Jeff Gerstmann on April 22, 2009
Share:TwitterFacebookReddit

Lode Runner maintains the classic gameplay of its predecessors, adds a few new ways to play, and gives you plenty of levels to work through. 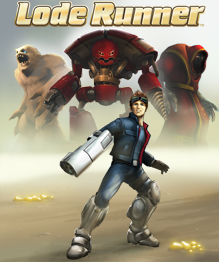