by Brad Shoemaker on May 11, 2010
Share:TwitterFacebookReddit

Everything about this nice-looking, mostly online shooter is cumbersome and unpleasant to deal with in one way or another.


On paper, Lost Planet 2 looks like it ought to be a good (or great) online-oriented third-person shooter. It's got a lengthy campaign full of absolutely enormous monsters, and a lot more varied environments than the arctic-only levels of the first game. There's a full multiplayer component with a variety of maps and modes, and a whole array of giant powered robot armor (called vital suits) to pilot. And it's all tied together by a global character-progression system that lets you unlock a bunch of new weapons and abilities, not to mention some silly new cosmetic doohickeys, for your warrior. By the numbers, that seems to me like a recipe for an all-around entertaining (if not entirely original) action game.

But the unfortunate reality is that every piece of Lost Planet 2 is poorly designed or clumsily bolted onto all the other parts, or both, resulting in an inconsistent, frustrating, and sometimes baffling experience whether you're playing the action or just trying to sift through the byzantine menus. You frequently get the sense that nobody at Capcom ever stepped back and really took a hard look at how all the game's systems fit together, to see if all the mechanics made sense and whether the action was fun to play or not. It's just a roughly made game from top to bottom.

Lost Planet 2 styles itself as such an online-centric experience that when you go to start a campaign game, you're actually creating a four-player online lobby. You can set your lobby to offline, but even then you're still advised to play with AI-controlled characters that actualy have fake usernames hovering over their heads to simulate the online co-op experience. The game practically requires real players to be any fun, though, since the AI teammates only pull their weight some of the time. Other times, they'll just hang around and not really pitch in while you do all the heavy lifting yourself. At times (mainly when fighting the bosses), the game is so punishing that the difficulty feels like it was balanced toward four real players capable of thinking tactically and not mindless automatons who run around aimlessly, so you'd be forgiven for playing the campaign on the easy setting if you're forced to play it alone. That's certainly the most pleasant way to play it by yourself.

Despite the focus on cooperating with other human beings, Lost Planet 2 makes it maddeningly hard to actually get a co-op game going. You can't bring in players who haven't already reached the point in the campaign that you're trying to play, and likewise you can only join games that are running levels you've already seen yourself. Joining a game in progress doesn't drop you right into the action but merely leaves you staring at a static menu screen showing the players (both real and fake) who are currently playing. Presumably, you'd eventually get to join in the action at a checkpoint, but 15 minutes was the longest I could stand to look at that unmoving screen before quitting out, so I never got to test that particular feature. Other shooters have certainly gotten the chapter-selectable, drop-in style of campaign co-op right--Halo and Gears of War come to mind--so it's hard to understand why this one makes it so tough to just get in and start shooting with friends.

Whether you're playing with friends or bots, the unbalanced difficulty is made a lot worse by the distance between checkpoints. If you run out of what passes for extra lives while fighting one of those bosses--and when's the last time you remember a shooter that had a finite number of lives?--you could find yourself losing 30 or 45 minutes of progress as you zoom way back to the last time the game meted out a checkpoint. As archaic as that is, it's not the worst of the game's messy campaign infrastructure. At one point in the back end of the campaign, I was playing an online-enabled game, on the off chance that someone might randomly jump into the action. My Internet connection dropped out for a second and disconnected me from Xbox Live, at which point the game abruptly cut to a black screen with a "Disconnected from host" error message. In a single-player game. That set me back at least 30 minutes of progress and incidentally made me never, ever want to play Lost Planet 2's campaign again.

It doesn't help that the campaign isn't really much to write home about, anyway. It takes place some time after the first game, when the previously snow-covered planet E.D.N. III has undergone a rapid warming due to ongoing civil war, developing deserts, jungles, and vast oceans. With the focus squarely on co-op, the missions start to feel generic, almost like a primer for multiplayer, after a while. And since the story shifts from one warring faction to the next between every episode--with most characters wearing face masks and having no obvious names--it's hard to keep up with or really care about the events of the plot. The best part of the campaign is the sheer, ludicrous size of the "category G" akrid monsters, which should be familiar to veterans of the first game. You'll spend most of the campaign in this sequel shooting at human enemies, but every once in a while a boss monster will trot out that's so big it puts almost any other video game boss to shame. Too bad these guys aren't as fun to fight as they are impressive to see; you generally spend 10 to 20 minutes shooting them in glowing weak points, and soaking up a ton of damage from unavoidable attacks, until they finally die (or you do, and revert to the last checkpoint). Having been weaned on Contra in my youth, I'm no stranger to shooting things in glowing weak points until they die, but this is just excessive.

The game's competitive multiplayer is a little more sensibly designed. It's got your standard run of deathmatch and territory-control modes, as well as variants on kill-the-VIP and capture-the-flag (or in this case, the akrid egg). The vital suits are available in the campaign but they play a bigger role here, since there are all manner of huge suits that can accommodate not just a pilot but several hangers-on who can fire from the sides. Heck, sometimes they aren't suits at all but more conventional vehicles like helicopters. There are a lot of ways to mix the vital suits and other gameplay-variable elements into the different modes that can change up the action. The typical ranked and custom multiplayer game types are available, as well as a faction match that lets you pick one of the five sides and compete over a lengthy period of time for global supremacy.

It's too bad that the action in the multiplayer shares the same basic clunkiness of the campaign, though. The core controls just feel awkward, slow, and unresponsive compared to the better shooters on the market. You have to stop moving to change weapons. It takes what feels like forever to get up after getting knocked down. The sprint move feels slower than the regular movement speed. The grappling hook only works on a few surfaces, you can't use it in the air, and it takes way too long to get you on top of a ledge. The list goes on. The aiming and shooting are serviceable, but the movement isn't nearly as streamlined and accessible as it should be to make Lost Planet 2 feel as playable as other contemporary shooters. It's almost as if the game prioritizes long, flashy animations over basic playability. Both modes lean too heavily on meters and numbers, too. The thermal energy from the first game has been modified so that here you can use it to heal yourself and repair vital suits, but it still feels unnecessary. There's also a "battle gauge" that determines how many times you can respawn in the campaign (yes, you respawn, with a timer, even in single-player). The last thing I want to do in a heated firefight is micromanage multiple gauges and statistics that dictate my survivability, but there you have it.

The campaign and multiplayer modes are unified by a de rigueur character level-up system that parcels out new weapon types and plenty of for-looks-only armor and clothing options to customize your online fighter. But this system is perhaps the most baffling of all, since the game does a poor job of communicating information to you about virtually everything that's going on, from the amount of experience you gain through both the campaign and multiplayer matches to how your online characters from each faction level up and how or when you unlock new equipment. You mainly cash in experience points on an in-game slot machine to randomly unlock new weapons and abilities, but I repeatedly wasted my points receiving new online titles and emote animations more frequently than I got real new gear to use. Talk about frustrating. It's telling that I actually had to go to the game manual to clarify some of these obscure, unintuitive systems. Ask yourself how long it's been since you had to rely on a manual to enjoy a game like this.

It feels like Capcom barely missed making a great game with Lost Planet 2. It looks fantastic; the multiplatform MT Framework engine that powered Resident Evil 5 last year is still pumping out truly great visuals, the enormous akrid bosses being the most prominent example. With faster and more responsive controls, a better multiplayer framework, and a smoother character progression system, this one could have been surprisingly competitive in its category. But with so many problems holding it back, Lost Planet 2 is hard to recommend against all the other great shooters already out there.
Brad Shoemaker on Google+
Load Comments 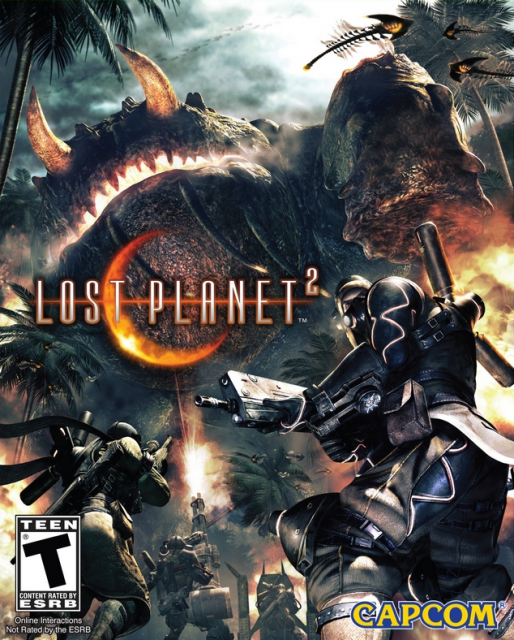 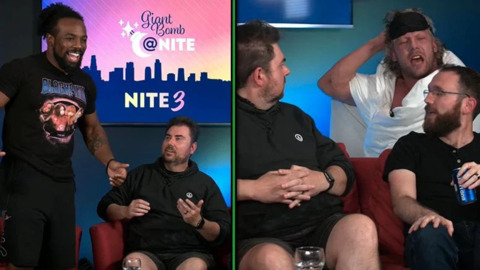