by Alex Navarro on November 22, 2013
Share:TwitterFacebookReddit

All the features from the previous versions of Madden 25 make it into the next-gen, but the upgrades you get with this version aren't that significant.

For yearly franchises debuting on new consoles, there's generally two ways things can go. Either a developer decides to start over entirely from scratch with a new engine and most of the features you know and love suddenly absent, or it just takes what it already has and scales it up as much as it possibly can to make it look somewhat "next-gen." Madden NFL 25 for the PlayStation 4 and Xbox One is the latter scenario. This is, in most ways, the exact same game EA released for Xbox 360 and the PlayStation 3 earlier this year, at least in terms of feature set. Some gameplay upgrades exist, and the visual engine has definitely been given a couple of coats of polish, but few of these changes really stand out enough to make it a must-own for your shiny new console.

If by some chance you haven't caught up on what this year's Madden generally contains, you can check out our review of the 360 and PS3 versions here. The feature set on the Xbox One and PlayStation 4 is identical to those versions in pretty much every way. The rest of this review will just cover what's been updated for the recently released consoles.

First and foremost, Madden 25 on the Xbox One and PS4 looks to upgrade the generally lackluster graphics engine EA Sports has been trying to scrape blemishes off of for the last several years. With the added horsepower of these new consoles, the developers have certainly succeeded in making a much better looking version of its existing visual presentation. Many of the changes are most noticeable in the arenas. Crowds are considerably upgraded from the blurry, flatly animated cutouts that previously filled the seats, and they react with a great deal more energy whenever a big play happens on the field. Score a particularly nifty touchdown, and you'll see and hear the crowd go absolutely nuts. Make a big turnover, and you can practically feel the crowd deflate in their seats.

On the field, the sidelines have gotten the lion's share of attention. Sideline players now animate more like actual human beings, and will even step out of the way when a player comes crashing out of bounds. It still looks a little stiff and robotic, but that there is a reaction at all is actually a significant upgrade from what existed previously. There's also just a lot more detail in every little thing, from the textures of the jerseys and helmets, right down to the blades of grass on the field. When you zoom in during replays and really study each visual element, the upgrade is definitely apparent.

Unfortunately, when you're just playing the game in real-time, most of those changes are far less noticeable. In fact, other than some small, but welcome improvements to player animations--less bunching up at the line, a bit more smoothness in transitional animations--Madden 25 doesn't really look all that different from its previous console counterparts. The player models, though certainly shinier and a bit more detailed facially, still have those trademark goofy body shapes that Madden players have consistently had since the game went 3D. A lot of players also just don't look very much like their real-life counterparts at all, including numerous marquee players from major teams. Even the ones that do seem designed to specifically look just like the real players often still look a little bit off in one way or another. And don't even get me started on the nightmare versions of Jim Nantz and Phil Simms that show up during pre-game commentary. There is not a valley uncanny enough to handle these two.

Fortunately, visual upgrades aren't the only thing Madden 25's developers shot for. Some gameplay tweaks to the A.I. and physics have resulted in noteworthy improvements on the field. The defensive A.I. in particular seems a good bit smarter than in the PS3 and Xbox 360 versions. You'll see defenses react to formations and update their scheme on-the-fly, and react to plays far more quickly. Sometimes it's a little bit much, as I definitely noticed instances of defensive backs breaking on balls before a pass had even left my quarterback's hand. Still, those occasional cheats are minor given that defenses now respond to your play with greater intelligence.

Ball carriers have also received a healthy dose of momentum-based physics. Cuts can no longer be made on a dime, and changing direction for all but the most agile of players now requires greater foresight. Honestly, it may have been dialed up too much. Even simple cuts felt like they required about a second more of animation reaction time than was really warranted. One second might not seem like a lot, but when you have an opposing defense bearing down on you, that's an eternity. Still, this does effectively penalize players who got by mostly by taking advantage of the previously more forgiving running physics, which is not something I'll complain about.

Those changes are nice, but they aren't especially overwhelming either. Certainly not enough to justify upgrading to next-gen versions unless you're really hot to have the best-looking version of video game football currently available. If that is something you desperately need, you can at least rest easy knowing that few, if any differences exist between the PlayStation 4 and Xbox One versions of the game, at least visually speaking.

The one thing the Xbox One version has over the PS4 is an exclusive, tablet-based feature called CoachGlass. This is one of those "second screen experiences" you've likely heard much about, and it's one of the rare instances of this buzzterm that actually benefits the game. With CoachGlass, you (or a second player) can download Microsoft's SmartGlass app, sync it with their game, and use it to choose defensive plays for your team. It's not just about simple playcalling, mind you. This app provides surprisingly detailed analysis on both your opponent's tendencies, as well as suggested defenses for specific personnel groups, based on data collected from other Madden players. It's essentially a crowd-sourced defensive coordinator, and it works remarkably well. It's the one thing anywhere in Madden NFL 25--on any console generation--that genuinely impressed me across the board. By itself, CoachGlass isn't quite enough to recommend buying Madden NFL 25 on the Xbox One if you already have it on another platform, but it's a nice addition that I expect will be even better fleshed out in next year's installment.

On that note, you're probably just fine waiting for next year to make the generational leap with this franchise. Unless you've held out this long on buying Madden 25 on any platform, and really, really just want a new--albeit middling--game of football to play for the next few months, Madden NFL 25 doesn't represent enough of a leap forward to make it either a technical showpiece for your new console, nor a more exciting football game than what EA already put out a few months ago. 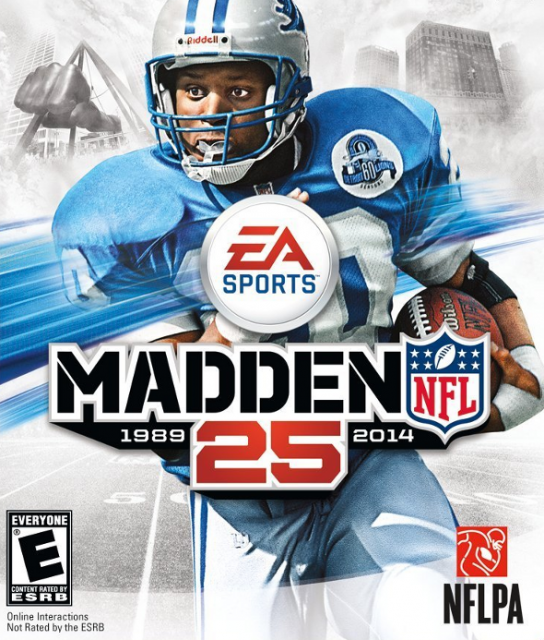