by Jeff Gerstmann on October 12, 2010
Share:TwitterFacebookReddit

Medal of Honor's derivative style is cool for a while, but it suffers from too many technical issues to last.


While Medal of Honor is the latest in a long and venerable franchise, it's not likely to remind you much of the older games in the series. This installment moves things up to the modern era, putting you in the boots of American soldiers stationed in Afghanistan. Though the setting may sound a bit edgy, in practice Medal of Honor offers a brief campaign with little story and a smattering of technical issues that range from annoying to decidedly disappointing. It also delivers a multiplayer component that feels like it's desperately trying to split the difference between Modern Warfare 2 and Battlefield: Bad Company 2. There are flashes of excitement peppered across the game's modes, but it's hard to get too excited about any of that when it's been done better elsewhere.

The campaign is set during a two-day period in Afghanistan. You'll jump between a few different perspectives over the course of the story, but you're typically running around the battlefield with three AI-controlled allies by your side, and they'll do all the talking. The game essentially leads you from one messed-up situation to the next as the various teams you'll spend time with get themselves into and back out of trouble on Afghan mountains. There really isn't much of a "story" to Medal of Honor's campaign. Aside from a nosy general who's (poorly) calling shots from thousands of miles away, the antagonists are mostly faceless. So you'll spend four to six hours shooting your way through countless hordes of Taliban and Al-Qaeda forces, and then watch the end credits. Considering the game is at least loosely based on real-world events, it's unrealistic to expect some kind of big boss fight or some kind of central villain that you're trying to find and kill, but as it stands, the events of Medal of Honor completely lack impact and the whole thing feels like the middle third of a three-act story.

The gameplay in Medal of Honor's single-player component is roughly what you'd expect from a modern military shooter. On consoles, you'll pull the left trigger to aim down the sights and the right trigger to fire. The game will snap your aim to enemy targets if you aim down the sights while aiming roughly in their direction, which makes taking them down fairly easy, but overall, the game makes firing a weapon satisfying enough. Though you can collect weapons from the enemy, you can also ask any of your buddies for a refill if you're running low. This results in an unsightly "press (square) to request ammo" prompt whenever you get close to one of your guys.

Though you can sort of play the game however you like, Medal of Honor's campaign feels heavily scripted, and I ran into multiple situations where the scripting gets in the way of the action, making a lot of the action feel very sloppy. I had one case where a door that was supposed to be open simply wasn't, causing one of my allies to clip right through the unopened door while I was stuck and forced to reload my last checkpoint. Another such situation left me stuck inside a small house, blocked in by an ally that was standing in the doorway and refusing to move. In another case, an enemy hung near the back of the immediate area, refusing to come forward to pop out to fight. When I took off in search of the enemy, my AI allies immediately started scolding me, talking about how we need to stick together... but they weren't exactly moving forward to find this guy, either.

Not to get all "laundry list" with this scripting stuff, but I was left with quite a few specific examples after one playthrough. Another part of the game has you and one of your guys waiting for a group to separate before moving forward, undetected. After messing it up the first time, I decided to play it properly and wait. But my AI guy never moved forward, even after the guys separated. After waiting for 10 minutes... and then reloading the checkpoint six or seven times with the same result, it all just sort of snapped back into place and worked as intended. Later on, your team is surrounding a campfire with a number of soldiers around it. As you're gunning them all down, another one pops out of nowhere and slams a bottle down on the fire and starts shooting. The smoke coming from the fire signifies to the enemy that something has gone wrong, sort of blowing your cover. Assuming this was because I let that guy break his bottle, I reloaded and attempted to get him and remain stealthy. But that's not possible, because the guy is completely invincible until after he's tossed that bottle. I understand that some things have to be scripted in order to make the story go in a certain direction, but this sequence really pulls back the curtain and broke any sense of immersion the game had built up until that point. The gritty soldier talk and basic action feel fine, but when it's surrounded by all of these issues, it becomes very hard to care about any of it.

But then, it's entirely possible that Medal of Honor is built as a multiplayer game first and a single-player game second. After all, the back of the box touts "multiplayer developed by the creators of Battlefield" at the very top, making it the first thing you see when you flip the box over. The split development makes Medal of Honor feel like two different games, but that doesn't quite work out to some kind of mythical "two games for the price of one" deal.

The multiplayer side of Medal of Honor feels like DICE took the action of Battlefield: Bad Company 2, streamlined bits of it to focus more on shooting and less on support roles, sped the whole thing up a bit, and placed most of the action on smaller maps. Some aspects from the single-player game, like the way you can reload early to keep one bullet in the chamber, or the ability to go prone or slide into cover by hitting duck while running, aren't present at all. It's a weird disconnect that's unfortunate, because those features are neat additions that would have added to the multiplayer experience and helped give the game a feel of its own. Instead it feels caught between the fast, loose style of Modern Warfare 2 and the somewhat more surgical class-based play of Bad Company 2. While it's totally competent, there are a few instances of invisible walls on the multiplayer maps that just seem like totally boneheaded errors. Also, the things you unlock as you level up the game's three classes are real yawners. With 15 levels per class, it's a waste to have one or two levels just give you the enemy team's statistically identical weapons.

You'll take those weapons and character classes into a few different modes, like team deathmatch, a zone control mode, and a couple of objective-based modes that put one team on the attack while the other tries to prevent bombs from being planted on their gear. Combat mission, which has the attacking team work its way through five bomb sites while the defenders try to exhaust the other team's ticket supply, feels the most directly like Battlefield. These matches take place on larger maps and you'll even see a vehicle or two. The rest take place on smaller maps that feel more appropriate for the action. Regardless of the mode, you earn points with every kill, and putting together a streak of kills will allow you to call in support powers, like a UAV, mortar and missile strikes, or on-the-fly armor and ammo upgrades for your entire team. The flak jackets and match ammo are pretty interesting, since they'll benefit your entire team and last for each player until he dies. Of course, you need to be good enough to actually string some kills together, as your points reset after every death.

Most of Medal of Honor runs at what appears to be a solid 30 frames per second, though a couple of spots in the campaign dragged a bit. The best visual aspect of the game is probably its lighting. Seeing sunsets or fighting at dusk looks particularly nice, and in cases where there's no light at all, you can flip on your night vision for that green, electronic look. Some of the textures and shadows look a bit off, though, and some of the animation in the single-player game gets a little twitchy. Also, for all the time spent focusing on how these soldiers are so raw that they get to wear beards, you'd think that the in-game beards would look a little better.

The audio across all modes is really fantastic, and is probably some of EA's best as far as shooters are concerned. Gunfire echoes around realistically, making the act of firing a weapon feel appropriately radical. Most of the voice-work is great, too, though I found the dialogue to get a little jargon-heavy at times. I shouldn't have to have watched a bunch of recent war movies just to know that CAS means "close air support" or that Delta Hotel means "direct hit." Your mileage may vary on that stuff depending on your personal level of interest, but at times I felt like I needed a glossary, and had to stop to look things up online.

Medal of Honor has some strong moments, but overall it feels like a game that could have been a lot better. Most of the issues I experienced while playing feel like things that could have--and should have--been avoided. But all of those scripting bugs and boring unlockables quickly add up, death-of-a-thousand-cuts style. In the absolutely ruthless world of online shooters, there's little room for weakness. Medal of Honor alternates between its derivative style and its annoying technical glitches way too frequently to rise above the crowd.
Jeff Gerstmann on Google+
Load Comments 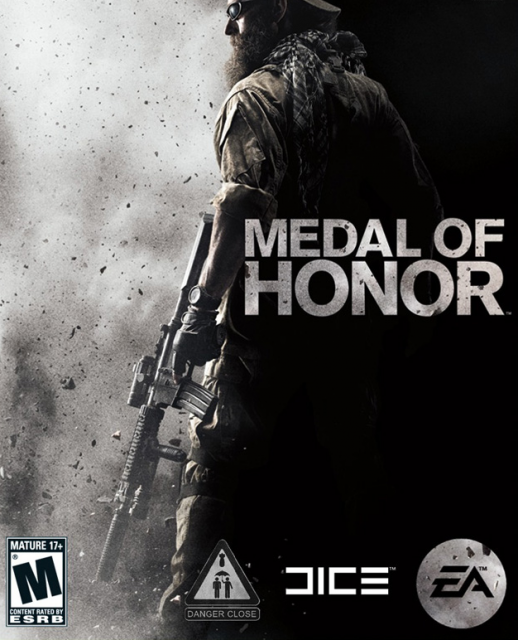 In our third episode of Guilty Treasures Danny dusts off his PlayStation to try and understand why Jan feels such love for an obscure PS1 platformer.