by Brad Shoemaker on March 21, 2014
Share:TwitterFacebookReddit

Ground Zeroes makes up for its initial brevity with plentiful side content, a gorgeous look, and the most dynamic, satisfying stealth gameplay Metal Gear has seen in some time.

With a $30 price point and a main story mission that lasts somewhere between an hour or two, Metal Gear Solid V: Ground Zeroes sounds like a bad deal. It's a simple "get in, extract a couple of prisoners, and get out" affair that's seemingly intended to give you a taste of what the actual Metal Gear Solid V, The Phantom Pain, is going to be like when it releases sometime in the next two years. Given this profoundly unattractive value proposition, it's a good thing Ground Zeroes is actually highly replayable and offers a lot more side content than you might think at first. It's also possibly the most fun Metal Gear has ever been to play.

Ground Zeroes acts as a short bridge between Peace Walker, the last appearance of Snake--he who would be Big Boss--and the forthcoming Phantom Pain. We all know Big Boss will go on to found the mercenary state Outer Heaven and become the big bad guy in the original Metal Gear, and Ground Zeroes makes it clear things are heading in that direction. That said, if you're like me and all but ignored Peace Walker, you'll want to read the dense recap of that game's events available from the main menu here before you undertake the main mission. Otherwise the characters and events of Ground Zeroes won't mean a whole hell of a lot. The game relegates most of Metal Gear's typical absurdity to the periphery of the short storyline, instead focusing primarily on the private-army and nuclear-proliferation stuff that was the series' stock in trade for its first 15 years. It's worth noting the story visits a number of violations on one character in particular that hover somewhere between unpleasant and grotesque. Some of that stuff exists in collectibles, but one in particular is part of the core storyline and is unavoidable.

I stopped showing up to Metal Gear looking for satisfying stealth gameplay a long time ago, so it was surprising how much I enjoyed roaming around Ground Zeroes' lone military base, shooting guards with tranquilizer darts, hiding bodies, interrogating guards for info...all the stuff a super spy is able to do. The stealth feels dynamic; guards run a wide variety of patrol routes, occasionally get in and drive vehicles around, and mostly behave in a pretty believable way whether you're secure in the shadows or they think they've seen you moving around. On the normal difficulty, the game really empowers you to stay hidden. You can tag enemies, vehicles, turrets, and security cameras by aiming at them with your weapon or binoculars, after which you'll always be able to see them through walls and as icons on your map. And when you get caught, the game gives you a pretty generous slow-mo period so you can try to quietly take out whoever spotted you before they raise an alarm. Combine this stuff with other modern third-person amenities like a proper dash and responsive aim-and-shoot control and Ground Zeroes starts to feel like a really damn playable stealth game.

That main story won't take you long even your first time through, although if you aim for an S rank, you'll have to play pretty meticulously without getting spotted. But I found it highly replayable, going through it four times and having a pretty different experience, sneaking around different parts of the base and having different emergent guard encounters, each time. Ground Zeroes makes it feel like the game designers really get how to put an interesting stealth-based open world together. As a good counterbalance to the brevity of the main story, there's also a truly respectable amount of side content that opens up after you finish your mission. There are a handful of alternate operations set in the same base that each give you a brief story setup, different objectives, and a different time of day that refreshes the visual style of the environment, setting it apart from the main story's rainy nighttime motif. The game is also rife with collectibles and tracks a lot of real-time challenges like headshot distance, two-wheel driving time, and how fast you can tag every enemy in the base. If all you want to do is see that main story once, $30 is asking way too much. But factoring in all that side content will easily get you at least a good six or eight hours out of Ground Zeroes.

This package also acts as a great showcase for the new Fox Engine, and an indication of what the new consoles can actually do. The PS4 version looks absolutely fantastic, running at a solid 60 frames per second with some great lighting effects coming from the base's various searchlights and other light sources. (The inclusion of everyone's favorite canvas for lighting effects, wet pavement, certainly helps.) The game is no slouch on the Xbox One, running just as smoothly and with all the same effects, though it isn't as sharp as the PS4 and has an unsightly screen door effect in some of its transparent objects. The lower resolution was pretty obvious to me sitting three feet from the TV on my desk, but in my living room at home the difference was minimal enough to be barely noticeable. Each platform has an exclusive, quirky side mission that ties into various aspects of the Metal Gear lore, and the Xbox's mission is arguably more interesting than the one you get on the PS4. I'd still lean toward the PS4 version for its overall sharper presentation, but you can't really go wrong with either one.

Ground Zeroes is a strange product, appearing like such a bad deal initially but then more than making up for it with side content you can't access until later. But it looks gorgeous and plays great. If this game really is indicative of what The Phantom Pain is going to offer, there are some good reasons to anticipate Snake's next full outing. 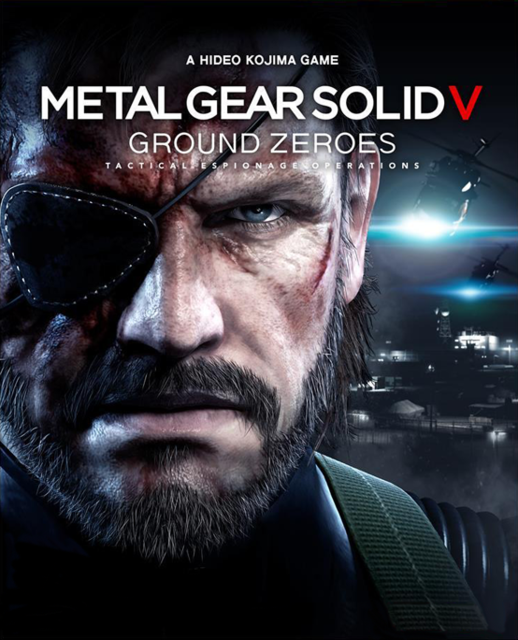