by Brad Shoemaker on August 27, 2010
Share:TwitterFacebookReddit


My history with Metroid goes all the way back to some kid telling me about Justin Bailey on the playground in grade school, which means I've spent over two decades exploring remote alien caverns, hunting down energy tanks, rolling up into a ball to drop bombs, and shooting missiles at Ridley, Kraid, and Mother Brain. (Suddenly I feel very old.) All that is to say that, while I didn't necessarily expect Metroid: Other M to be a great game, I certainly wanted it to be one. And it is really good, when its occasionally clumsy controls aren't getting in the way of your ability to enjoy it. Luckily, those moments occur a lot less frequently than the ones that make this game satisfying in all the same ways those old Metroid games were.

(If the name "Justin Bailey" still pleasurably tweaks the nostalgia center of your brain, just get Other M. It's so rife with Metroid fan service that you won't want to skip it, whatever occasional issues may exist with the gameplay. But more on that later.)

Other M is a Metroid game filtered through the rigorous character-action lens of Tecmo's Team Ninja, but this isn't just Ninja Gaiden with Samus Aran swapped in for Ryu Hayabusa. It's a strange hybrid of 2D and 3D third-person action that you play solely with a bare Wii Remote turned on its side, NES controller-style. You're almost always in fully 3D environments, but a lot of those levels contain invisible paths that cause Samus to, say, run smoothly along a curved hallway while you're simply holding to the right, instead of making you constantly adjust your movement up and to the side. Combine that seamless, gentle guidance with an auto-aim function that makes Samus shoot at any enemies she's vaguely pointing at, and there are times Other M almost feels like a true successor to its hallowed sidescrolling predecessors.

To be honest, a new 2D Metroid (in the style of Shadow Complex) is all I've wanted since the Metroid Prime franchise wrapped up, and it's when Other M strays from that desirable ideal into 3D territory that its control limitations occasionally start to show. The auto-aim isn't perfect when enemies are coming at you from all sides; you'll sometimes find yourself shooting at enemies you don't want to be shooting at, or missing others entirely. And moving around in a 360-degree space with only eight-way control sometimes feels awkward and limiting, as in those areas where there's no invisible path for Samus to follow and you find yourself having to zigzag along clumsily to navigate the environment. The fixed camera perspective means that foreground walls will occasionally get in your face, and while the game is generally good about making these transparent, they can still block your view once in a while when the action heats up.

These problems don't surface often, but they're present often enough to be noticeable. They are however mitigated to an extent by some slick action moves, like an automatic dodge that kicks in pretty much any time you're near a threat, and the ability to jump on top of most larger enemies and blast them up close for a quick, clean kill. These are the times when you can see Team Ninja getting closest to its roots, when you enter vaguely circular rooms and have to survive self-contained encounters with groups of enemies. The developer's legacy of making great action games comes to bear in these intense combat moments. It can be a pretty thrilling action game, when you're acting on instinct and using all of Samus' abilities together to take on large groups of enemies at once. You have to give your instincts over to the way the game works to really play it smoothly; the auto-dodge maneuver, for instance, is usually a better solution than simply jumping out of the way of danger.

This game isn't the revelation that Metroid Prime was, where you sat straight up and went "Holy [expletive of choice], they put Metroid in first-person and made it work." But it does share Prime's first-person view, in this case requiring you to point the Wii Remote at the screen. That gives you precision aiming, but it also immobilizes you, meaning you have to be careful to put some distance between yourself and enemies before you use the first-person mode. This mode generally works fine, and it does lock onto enemies and the relevant background elements required for puzzle-solving, but since you automatically look in the direction the Samus character model is facing, you have to constantly consider your positioning to make sure you don't try to aim at your enemies and wind up pointing into the corner instead, with them closing in behind you. All the combat controls require a great deal of finesse, but then, that's true of most demanding action games. This one certainly is demanding, especially some of the later boss encounters.

Other M takes place directly after Super Metroid, when Samus finds herself wandering the galaxy in search of another bounty to collect but obviously still affected by the death of the baby Metroid that came to regard her as a mother figure in that Super NES classic. She answers a distress call from a derelict research vessel called the Bottle Ship and by chance runs into a commando squad under the direction of Samus' old commanding officer Adam Malkovich, her history with whom the game sets up through occasional flashbacks and a surprising amount of dialogue. This is the first game in the franchise that's really attempted to humanize Samus and surround her with a supporting cast, but for the most part it does so flatly and without much gravity. Samus' voiceover is painfully dull at times, and the game introduces some frailty in her character that struck me as out of place for someone who's exterminated entire planets' worth of awful monsters. There is a legitimate dramatic payoff as events come to a head toward the end, though, especially as the story fleshes out some aspects of, and makes some interesting additions to, the longstanding Metroid mythology. (I don't know if you could say Metroid had much of a "mythology" before, but it does now.)

Actually, that's where Other M really excels: giving fans of Metroid exactly what they want to see. As great as the Prime games were, they veered pretty far afield of the series' core fiction, but by contrast, this game is right on target. I won't give away too many specifics, but if you can think of a common enemy, weapon, or story point from the first three Metroid games, rest assured there's at least some reference to it in here. The game opens with a CG recreation of the climactic finale of Super Metroid. And later on, a character even vocalizes the word " Tourian." Who but diehard Metroid fans even remember what Tourian is? If you have any fondness for the early days of the series, it's kind of thrilling to hear that sort of thing spoken out loud; it's a tantalizingly specific reference that points back to the almost nonexistent narrative aura that surrounded old NES games, when the only thin wisp of storyline came from the paragraph in the front of the instruction booklet. It's fan service, but extremely well implemented fan service. It reminds you of what you loved about Metroid.

Likewise the flow of the game. However well the combat and controls do or don't work at any given time--and they generally do work well--this definitely feels like a Metroid game in pacing and format. It turns out the Bottle Ship is basically a giant floating Holodeck that can simulate any naturalistic environment, which in nuts-and-bolts terms lets the designers give you your lava area, your ice area, a desert, and so on. You move from one sector to the next, amassing your arsenal of ice beams, super missiles, and screw attacks, all of which give you access to new areas and let you find more hidden missile tanks and other optional bonuses hidden within the environment.

A great deal of care went into the environmental puzzles in Other M, requiring you to use first-person often to look around a room when you hit a dead end, looking for loose panels to bomb or finding a hidden morph tunnel, or enough room to use your speed booster to plow through a wall. Of course, you need to gain access to all those classic abilities before you can use them to advance. There's a silly story contrivance here where Samus actually goes into the mission already in possession of all this stuff, and Adam merely authorizes her to use it when she needs it, but that's really only in place to avoid yet another, arguably more contrived abilitease scenario. The point is, you're constantly engaging in that timeless interplay between new areas of the game and the new gear necessary to access those areas. It's the formula that drives every great Metroid--and has also been used to great effect in some of my other favorite games, like Arkham Asylum and Symphony of the Night--and Other M nails it.

It may not fully nail every one of its ambitions, but Other M at least gets close on all of them. More importantly, it really feels like an honest-to-goodness Metroid game. Nintendo's stingier than I would like in doling those out, and while I'd probably take whatever I could get with the "Metroid" name on it at this point, I'm more than satisfied with the way this one turned out.
Brad Shoemaker on Google+
Load Comments 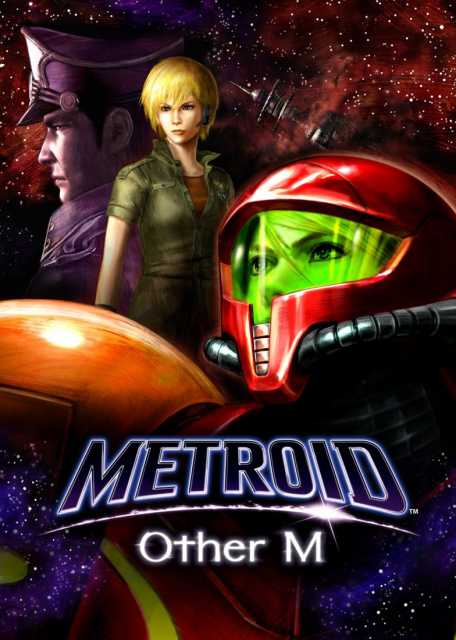 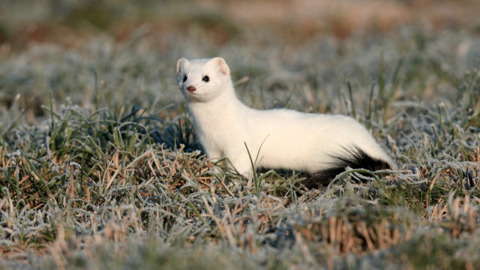