by Alex Navarro on December 11, 2013
Share:TwitterFacebookReddit

It's strange to think back how long it's been since EA Sports' NBA Live franchise actually meant something. Live hasn't been a very good basketball simulation for close to a decade, but there were enough entries in the early 2000s that more or less justified the franchise's continued existence and kept the NBA licensing game competitive, especially with then-and-current top dog 2K Sports' NBA 2K series. Then things started going downhill, and a few years back, EA tried to reboot the franchise as NBA Elite with an all-new engine and all the expected trimmings. It was a disaster. EA cancelled the title just days before it was expected to hit store shelves. A few copies did slip out into the wild, and the resulting YouTube videos showcased what looked to be the nadir of an already downtrodden franchise, a game so distressingly broken that EA would rather take a bath on scrapping what it had rather than dare to let the public see what horrors it had wrought.

How mortifying was the NBA Elite experience? Bad enough that it's taken EA three years to try the NBA thing again. Originally it was supposed to be two, but then another year went by before the company was able to finally conjure up NBA Live 14. With so much time between the Elite boondoggle and now, you'd hope that EA would have been able to come up with at least one revelatory feature, one thing that would make it stand out from its oft-praised competitor. Instead, NBA Live 14 is a game that feels tentative at every turn, a game that feels preoccupied with mere functionality, versus anything even resembling innovation. The core tenets, strategies, and mechanics of the game of basketball are all represented here in thoroughly unspectacular fashion. It has the skeletal structures of modes you'd expect in a modern sports game, but none of the depth, detail, or excitement necessary to make them fun. It's as flat and flavorless a representation of professional basketball as I can ever remember seeing.

This is apparent from the moment you boot up NBA Live 14 and jump into a game. From the opening tip-off, Live's malformed player models, clunky animations, and peculiarly suspect frame rate (especially on the PS4 version) all immediately gather up to greet you and let you know you've made an unfortunate purchase. Even if you discount the astoundingly good player models in NBA 2K14, NBA Live 14 doesn't look like it was developed for new console hardware. When you do factor in the competition, NBA Live 14 looks downright tragic. Few faces seem to resemble their real-life counterparts, and most players have this stiff, gangly look to them that gives them an altogether unnerving quality.

The one big, new-ish feature EA has touted for this game is its BounceTek system, essentially a buzzword for its right-stick-based dribbling system. Strangely, the game has no useful tutorial to explain how this system works. The only tutorial, actually, is a short, baffling afterthought of a video that just shows you that it has three tiers of complexity, without ever actually demonstrating how to best take advantage of said complexities. That BounceTek system actually does work reasonably well (once you research how it actually works, then learn the appropriate timing), but the fact that I had to wander into EA's official blog to get any useful info on how it works is kind of ridiculous.

While you might be able to get the hang of BounceTek's timing, a bigger issue is that everything else in NBA Live 14 constantly feels a step behind your reaction time. In-game animations are programmed so haphazardly that it constantly feels like the game is lagging behind whatever you've just asked it to do. Want to try to trip up a defender by playing around with the right-analog stick dribbling, change direction, then try to cut through to the paint on a layup? You can do that, but you basically have to wait for each movement to complete before putting in the next move, which takes considerably longer than one would expect. You have to be careful about it too, otherwise you'll probably accidentally make your guy do about seven other things you didn't intend because you hit the buttons over and over again wondering why the game wasn't responding to your presses.

This isn't just an issue of spamming commands and the game not responding, but more a matter of having to constantly wait for the game to catch up to the pace on the court. Did you just swipe the ball out of an offensive player's hand, and would you like to run up and grab it and take it down the lane for a fast break? Terrific, first you'll have to wait for both players to finish their peculiarly long "ball just fell out of a player's hand" animation, then watch both players stumble around for a second, then you'll have to try and direct your player's momentum in the direction of the ball, wait a half-second for him to pick it up, then wait another second for him to transition into his dribbling animation, and--oh, whoops! The entire opposing defense already got set at the other end of the court. Too bad! These sorts of momentum killing situations are everywhere in NBA Live 14. Your reaction time will almost always be quicker than what the game is capable of responding to. In a game as quickly paced as basketball, not being able to make effective moves on the fly is straight-up inexcusable.

It's a mess made messier by a host of other small, nagging gameplay issues. Camera problems are prevalent under several different settings, with some instances of the camera just straight up refusing to move back down the court with you until you take a timeout or switch the camera to a different setting entirely. Until you get very good at using the BounceTek to fake defenders out, defending players stick to you like glue, only occasionally leaving an opening if they inexplicably decide to all converge in the paint (leaving multiple open players on the perimeter) or if they just decide to fall over for no identifiable reason whatsoever. Trying to set up pick-and-rolls--or, really, just about anything that doesn't involve you tossing the ball to your biggest guy and hoping he can score in the paint--is a deeply frustrating experience that repeated practice and unending patience never quite manage to improve. You don't get better at NBA Live 14 so much as you just learn how better to exploit it.

There is nothing here to justify learning how to exploit it, mind you. This game is not very much fun in any facet of its execution, and the supporting modes don't make the crappy basketball-playing any better. The game's franchise mode is so bare-bones it might as well have been decomposing in a desert for a century, and the Rising Star mode--essentially the game's answer to NBA 2K's MyCareer mode--is, at best, a sketch of a good idea. Here, you just make your own player using some basic presets, get drafted by a team (whether they actually need a player at your position or not), and then proceed to play a bunch of games while trying to earn good grades for achieving vague objectives. There's no storyline here, nor anything to really keep you interested beyond the notion of just playing a player you created and trying not to suck enough to get decent grades. Mostly, it's just dull, with a dash of the infuriating when your AI teammates suddenly go full-lobotomy and just sit there with the ball, dribbling until the shot clock goes down to almost nothing. You can call for a pass whenever that happens, but it happens so often that you often end up in a situation where you have to constantly prod your team into doing much of anything. Incidentally, this happens in any situation where the game locks you to a single player. It seems like Live's A.I. just isn't programmed to respond intelligently to having to move the ball around itself, as opposed to having player control switch from player-to-player as you pass it.

While these modes are merely dull, online play is straight-up garbage. Lag is constant, making an already unwieldy game that much more infuriating. Every game I played devolved into free-for-alls where all anyone could do was try to throw players toward the paint and hope the animation for a halfway makeable shot would happen. Timing on any other kind of shot is so horrid that you simply can't rely on them. If by some miracle you are able to start draining threes or making free-throws with any consistency, then you are probably some kind of server lag wizard and your powers should be put to use on better games than this one.

I suppose there are some positives worth lauding in NBA Live 14. Its live season mode, which regularly updates the game with challenges based on scenarios taking place during the current NBA season, is well-implemented and seems to be getting updated very quickly. Ultimate Team is about as solid as any other implementation of the concept in EA's other sports titles this year (though it maddeningly lacks the auction feature found in every other game), and I did think the game's broadcast presentation--namely its pre-game and halftime stat overlays and solid (if deeply repetitive) commentary from Mike Breen and Jeff Van Gundy--was pretty good. Unfortunately, these few bright spots aren't nearly enough to make NBA Live 14 appear as anything but a perfunctory, depressing mess. Yes, EA is making basketball games again, and perhaps that's a good thing, given that competition generally pushes developers to do more interesting things than they would otherwise. But if NBA Live 14 is any indication, it's going to be a long time before 2K Sports needs to acknowledge, let alone worry about, what EA's up to. 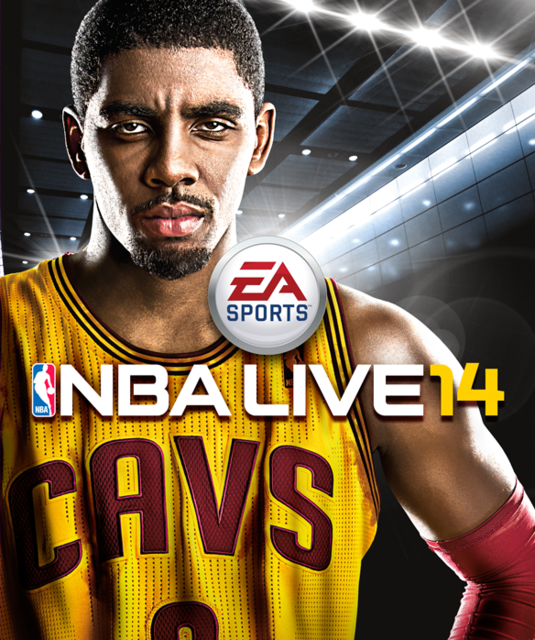