by Jeff Gerstmann on November 24, 2013
Share:TwitterFacebookReddit

There's a fantastic game hiding inside of Need for Speed Rivals, but there aren't enough systems in place to draw that greatness out where it belongs.

You might not have noticed, but there aren't too many "arcade" racing games out there these days. A genre that once flourished has been reduced to a fairly small number of contenders, and with the Burnout franchise seemingly on the shelf, many of the minds behind it have been pumping out quality Need for Speed games for the last handful of years. This year's edition is Need for Speed Rivals, a game that attempts to drag everyone online in a cat-and-mouse, open-world take on a lot of the work that you may have seen in 2010's Need for Speed: Hot Pursuit. Real-life vehicles armed with stun mines, turbo boost, and shockwaves may sound like a great time, and if you're in the exact right situation, it very much is. Unfortunately, the game doesn't do enough to bring players together, resulting in an online game that feels empty, cold, and lifeless.

Unless you explicitly tell the game to keep you offline or connect to a private game, the first thing Rivals does upon firing it up is connect you to as many as five other players, all of whom will be driving around the same world that you are. If you find that they're boring or bad people, you can ditch that game in search of another. But by default, the game is one big online game with career progressions that can benefit from working together... or opposing one another. The game has two separate career paths that you can swap between any time you're not on the road. The racer career gives you races and events where you get away from the cops. The cop career has you busting racers and completing time trials. Each progression works a little differently, too. Racers build multipliers and earn "speed points" while they're out on the road. The longer you stay out, the more you can earn. But if you get busted or wrecked by the cops, you lose all of those unbanked points, making the entire game focus on the risk of losing it all in a flash versus the reward of eking out a few more points. Cops don't lose points--they take points away from the racers they bust. Cops don't have to pay for cars, but they also can't upgrade any of their cars' performance.

While the game is working ideally when all six of the players in the world are doing roughly the same thing, with cop players trying to take out racer players and so on, the open roads in Rivals are packed full of AI drivers on both sides of the law. If you're racing, you can challenge any AI racer you see to a quick race. If you're patrolling, you can hit the sirens any time you see a racer and start a pursuit. It's a large world with very few ways to force players together, though. So more often than not, the servers simply give you six players who all go about their own business as they try to complete events and sets of challenges called "speedlists." If players do happen to come together and end up interacting, everyone involved earns more points. You can also use a GPS to draw a map line to the other players, but since those players are probably still driving while you're trying to catch up to them, it's largely futile. The game would really benefit from some sort of way to force players into a single event. Instead you're left to put on your headset and convince strangers that you should all drive to the far side of the map for a race or something. If you have a set of Need for Speed-loving friends, this might not be such a big deal. But if you don't, the multiplayer side of the game feels like sort of a sham.

No matter how you play, the end results are the same. As you complete speedlists you move through chapters of a "story" on both sides of the career. These are edited-together clips of instant messaging chat and fake YouTube as the racer side of the struggle attempts to gain fame while the cops crack down on things as best they can. Even though there aren't many cutscenes to throw to between events, there's still enough dialogue to make both sides sound like lunatics, with the racer constantly sounding like he's just shy of trading his cars in for guns and forming a proper militia while the cop sounds like he took the job just to crack skulls with a billy club. Either way, the writers should probably seek therapy.

The truly criminal part about Rivals' inability to bring people together is that it's actually a great game. Conceptually, the career advancement makes sense and makes for an interesting struggle between two different-but-relatively-equal sides. The handling is great, allowing you to weave through traffic when necessary while also letting you just tap the brakes and make minor adjustments to touch off huge, glorious drifts around hairpin turns. It also looks nice, with a frame rate that might not be as smooth as you want out of a racing game, but at least it's stable across PC and next-generation platforms. That said, the notion that the PC version is locked at 30 frames-per-second is especially ridiculous. Even still, considering its higher resolution options, it can be the best-looking version of the game, with the PlayStation 4 behind it. The Xbox One version is roughly on par, but parts of it look a little grimy when compared to the PS4 version. All versions have substantial load times when you enter or exit the world, which can happen pretty frequently, depending on how often you need to change cars, pick a new speedlist, or just escape the cops for a bit.

Rivals feels like it's on the cusp of greatness. The pieces are all there--the handling is exciting, the soundtrack is solid, and the systems that surround the multiplayer help build meaningful battles between racer and cop. But with just six players driving around the entire world and no good way to pull those players together for some true multiplayer activities, those pieces go absolutely nowhere, leaving behind an empty world that might as well not even be online at all. It's a real shame. 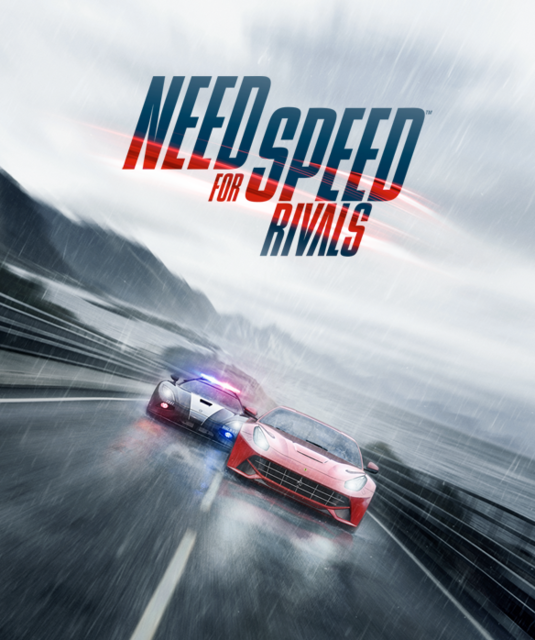