by Alex Navarro on March 23, 2012
Share:TwitterFacebookReddit

Ninja Gaiden 3 is little more than a shadow of the games that came before it.

Ninja Gaiden 3 is a sequel that tosses aside nearly every single thing you might have liked about its predecessors. It's ill-conceived from top to bottom, seemingly completely unaware of what it was that made Ninja Gaiden interesting to begin with. Namely, its stiff challenge, deep and brutal combo system, and overwhelming sensation of ninja bad-assery. Instead of any of these things, Ninja Gaiden 3 offers up an experience that practically holds your hand from beginning to end. In place of truly thrilling moments of action, it's rife with brain-dead button mashing and enough haphazard quick time events to make Asura's Wrath blush.

I don't really know what would inspire Team Ninja to head in this direction. Certainly the loss of series creator Tomonobu Itagaki must have had some bearing on it, but Ninja Gaiden 3 is such a sharp left turn for the series that you'd almost think nobody who worked on this thing had ever played a game in the series before. Clearly that's not true, as there are any number of fan-service-oriented moments peppered throughout the campaign, but I wouldn't be surprised if most diehard fans never saw them, due to just quitting this thing out of disgust.

The only explanation I can think of for Ninja Gaiden 3's existence is some mandated need to make Ninja Gaiden more accessible than its predecessors. It's certainly that. Where previous games in this series made me feel like the world's worst ninja time and time again, Ninja Gaiden 3 made me feel like pretty much nothing could kill me; because by and large, nothing could. I'm not talking about the easy mode, either. On the normal difficulty, Ninja Gaiden 3 is a total breeze. I died a few times during particularly disorienting boss fights, but those moments were rarities. Mostly, I just cut through the blade fodder in my way for the eight or nine hour duration of the campaign, with only a pitiful amount of resistance in front of me. And when I did find myself getting beat up, it was usually because the attack buttons aren't always as responsive as they should be.

Yes, there is a hard difficulty, and while that does make the enemy AI tougher, it fails to address the fundamental problem with Ninja Gaiden 3: there is just no depth to it. The combat system, long the standard-bearer for action games of this type, has been reduced to a miserable, button-mashy bore. Alternate between the two attack buttons as you please, as it matters not what combination you hit them in. This game is far more Dynasty Warriors than Ninja Gaiden.

Even most of the spells and specialty weapons that made the earlier games so awesome are just altogether missing here. You get one magic spell. One. While I certainly enjoyed watching a giant flaming dragon emerge from my hands and swallow up all the enemies around me, it did, in fact, get old some time before the umpteenth time seeing this. It also makes the combat even easier, since it lays such effective waste to pretty much whatever happens to be standing in the room with you. As for the weapons, remember when Ninja Gaiden used to let you use all sorts of crazy weaponry? That's not the case anymore.

This makes the additional difficulty siphoning steps taken by Team Ninja all the more baffling. Much has been made of the abundance of quick time events spread throughout Ninja Gaiden 3's campaign, and with good reason--they're remarkably dull. Yes, you'll see anti-hero Ryu Hayabusa fly through the air, land on moving helicopters, slash them into exploding debris, and land perfectly on two feet while killing enemies on the ground in the process, but in order to do all of that, you just press a button, or maybe two. One boss fight, in fact, ends with you literally holding down both trigger buttons for like 20 seconds. This might be a lot more tolerable were the underlying combat more fun, but combined with the brainless real-time action, it gives one the impression that Team Ninja intended for this game to be played by those who have never played video games before.

Look, the idea of making Ninja Gaiden more accessible isn't a horrible one. After all, those earlier games could be punishing well beyond reason. The issue here is that Team Ninja went completely in the other direction. Instead of scaling back a little bit here and there to try and ease a new audience in, it just veers straight off a cliff.

It's depressing, because you can see glimmers of good ideas buried within the monotonous gameplay. While the lack of limb severing attacks this time around is a bummer, the game is nonetheless bloody, and full of absolutely brutal looking attacks that become even more so when you slice straight into an enemy, and find yourself mashing buttons to cut through whatever bone your sword happens to run into. It's the one cathartic thing Ninja Gaiden 3 has going for it, but surrounded by so much mediocre stab-'em-up gameplay and outright stupidity, it's nowhere near enough to keep you interested.

Speaking of stupidity, Ninja Gaiden 3 has a plot. Yes, I know. Ninja Gaiden games are always kind of nonsensical and weird, but this one really goes for the gusto in terms of making absolutely no fucking sense whatsoever. It's the kind of stream-of-consciousness nonsense you'd expect to hear blurted out of the mouth of a particularly hyperactive twelve-year-old, full of demon prophecies, evil corporations trying to destroy the world because of reasons, evil alchemists also trying to destroy the world because who the hell knows, and also healthy doses of rather unpleasant misogyny; the kind that goes beyond the usual absurd boob jiggling (of which there is plenty) I might add. Look, Team Ninja is not generally who I look to for thoughtful female character interactions in my video games, but it gets pretty over-the-top here.

What's even worse is that there is an air of self-importance to Ninja Gaiden 3 that is completely unearned. The plot mostly revolves around Ryu moaning over his life as a "murderer," due to a curse put on him that basically makes his arm morph into an increasingly monstrous, blood-red demon...thing, that also gives him special powers. The few times the game actually bothers to do something with all this new-found character pathos, it all but disregards it moments later, when Ryu is cutting dudes to pieces like nothing ever happened. I suppose I shouldn't be surprised. This game can't even keep its core plot on track, much less build upon any narrative ideas that go beyond "STAB THAT DUDE."

Case in point: There is an entire mission section smack dab in the middle of the game where Ryu goes back to his village and then goes and fights a bunch of ninjas because... I guess the designers realized he'd been fighting too many soldiers and genetically-engineered monsters, and not enough ninjas? It's a senseless divergence that is even more maddening when you realize the game never bothers to explain any of it, and in fact seems to forget that it even happened. How the hell are you going to make me fight a skyscraper-sized witch demon for 15 minutes and then just completely forget to explain why?

Maybe I'm trying too hard to find logic where there is none. It certainly doesn't feel like Team Ninja really gave too terribly much of a damn about any of its ideas here. It got them working well enough to be functional (though sometimes camera glitches and unresponsive controls negate that), and looking reasonably good (the game is pretty sharp visually). That's especially true of the game's inexplicable multiplayer component, which allows players to fight each other in arena battles, or take on wave after wave of bad guys with a co-op buddy. You may be shocked to learn that these modes reek of non-effort. They work, but the twitchy camera, combined with the cramped-feeling environments, pretty much kills what little fun there was to be had. If anything, this multiplayer component just seems like an excuse to tack an online pass onto the game.

Maybe those still left at Team Ninja just assumed that the visual splendor of seeing Ryu Hayabusa stab things into oblivion (as well as the occasional side-character boob jiggle) was all players wanted out of a Ninja Gaiden game. The combo system and intense challenge didn't matter so much as the mere visual of Ryu flying around like a unstoppable death machine. This assumption would be incorrect. Ninja Gaiden is great because you feel like you are actually accomplishing something when you best it. You feel like you've actually overcome an obstacle worth overcoming. Sure, there were changes that could have been implemented to perhaps make the game a bit less overwhelmingly aggressive in its hatred of the player's success, such as the legitimately improved checkpoint system and even a few of those quick time events tossed in from time to time. But killing the combat system that made this franchise so enticing, and robbing it of any modicum of challenge was so far beyond what was necessary that it leaves Ninja Gaiden 3 feeling like little more than a stripped-down husk of its former glory. If the previous Ninja Gaiden games were like carefully built, brutally fast hot rods, Ninja Gaiden 3 feels like it should be up on bricks on somebody's lawn. 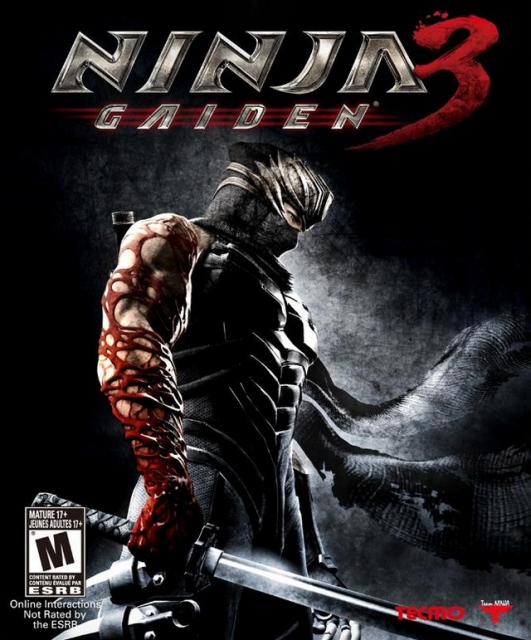