by Brad Shoemaker on June 10, 2009
Share:TwitterFacebookReddit

The range of absurdly destructive combat powers stops just short of the kitchen sink in this wild open-world superhero game from Radical Entertainment.


Radical Entertainment surprised a lot of people on the last generation of consoles with The Incredible Hulk: Ultimate Destruction, an over-the-top open-world take on Marvel's green-skinned beast that let you do things like hurl city buses directly into helicopters. Now Radical is back on modern hardware with Prototype, which is basically the same game as Ultimate Destruction with an original (still comic book-like) storyline and a startling number of new combat abilities bolted onto the existing framework. Radical almost went too far with its kitchen-sink approach to combat design, but the gameplay here is satisfying and broad enough that you can have plenty of fun with it even without mastering the nuances of every last combo and attack.

You can soar over the Manhattan skyline and hoist tanks over your head in this game, so it's tempting to stick Prototype in the "superhero" category. But there's really nothing heroic about the protagonist Alex Mercer. He's patient zero at the center of a horrendous, engineered viral outbreak that's turned most of New York City into a quarantined hellhole. Post-infection, every district is occupied by hideous monsters or the military trying to quell them--and unfortunately, both sides are out for your head. Luckily, the infection has turned you into a one-man bio-army capable of bashing, slashing, and demolishing your way through just about any obstacle.

Mercer is on a quest to find out who inflicted this curse on him--and then exact vengeance--and he doesn't care who he hurts in the process. No shades of moral gray here; you'll unavoidably (almost gleefully) massacre hundreds of civilians and military personnel with your newfound powers as you follow the trail of evidence and approach the slightly convoluted truth of what brought about all this madness. The storyline is a little disjointed and the cutscenes a bit clumsy--and both of them intrude on the action more frequently than I would have liked--but they do a decent enough job of moving you from mission to mission, where the game's real value is.

Name a type of gameplay, and odds are Prototype has it covered. There's combo-based melee. Lock-on shooting. Vehicular combat. Urban free-running. Disguises and stealth. You'd expect a genetic superman like Mercer to be able to do just about anything, but the game almost--almost--collapses under the sheer volume of options available to you during combat. The upgrades screen includes dozens of abilities spread across numerous pages, and not only did I get nowhere close to unlocking them all during my first playthrough, but I didn't even think to use all of the powers and moves I did get access to. The number of button combinations you'd need to remember and bust out on the fly to utilize every last ability is too overwhelming for them all to be useful concurrently while you're in the thick of the game's often dizzying action.

The good news is that you don't really need to use every last ability to enjoy Prototype's outrageous combat, since the game does a good job of making the various styles of gameplay blend together so you can easily pull off a lot of cool, flashy combos. You might glide over a battalion of troops, ground-slam into their midst, grab a dropped rocket launcher, leap a hundred feet into the air, and fire it multiple times at a tank before hitting the ground, then grabbing the burning husk of that tank over your head and flinging it into a group of soldiers. Or you could run straight up the face of a skyscraper, jump kick a helicopter, then remove the pilots from their seats and take control of the chopper to lay waste to a group of mutated monsters before hitting the ground and unleashing your tentacle-like mutant appendages on the survivors in a series of whirling combos. The game doesn't nail any one area of the combat as well as it could have if the developer had focused the game's scope more tightly, but it's hard not to be impressed by the sheer range and audacity of things Mercer can do, and the wild scenarios these powers can create.

That's all once you get past the slightly daunting learning curve, that is--and even then, the game will throw you a curveball here and there. Prepare to be frustrated from time to time when the mission difficulty amps up to insane levels and you feel it's you against the entire world all of a sudden. There are ways to mitigate the onslaught, things like consuming enemies for health and unleashing last-ditch "devastator" moves, but from time to time you'll likely feel like you missed grabbing an essential weapon or making a critical jump because of some overly long animation or camera-angle quirk. In general, you'll need to master all the ins and outs of the high-flying movement and various survival techniques to get through the tougher missions without throwing your controller at a wall. You might end up doing that anyway, but when you do get good at juggling all your abilities, the combat is quite rewarding and hard to resist coming back to even when it gets a little abusive.

Outside Prototype's 30 story missions, there's a good number of side activities to engage in that will net you experience points to buy more upgrades with. The optional missions mostly focus on arbitrary challenges like "kill a bunch of people with this specific power in three minutes" or "use your glide powers to land in the middle of this target." In other words, they don't tie into the storyline or add any color to the game world, though you do have a good couple hundred people who make up the "web of intrigue" that you can track down. By killing them and absorbing their memories, you can fill in brief video vignettes that fill in small bits of the events that led up to the current outbreak. I wish Radical had put more effort into making the game's version of New York feel livelier; the streets are full of screaming citizens and traffic jams ripe for destruction at the appropriate moments, but otherwise there's not a lot of personality hiding between the game's generic-looking skyscrapers.

Prototype is really all about player empowerment, ramping up the number and intensity of larger-than-life superhero abilities consistently as you go. If you've ever harbored fantasies about soaring over skyscrapers and going on destructive urban rampages involving wantonly thrown automobiles--and who among us hasn't, really--odds are you'll find a lot to like about this game.
Brad Shoemaker on Google+
Load Comments 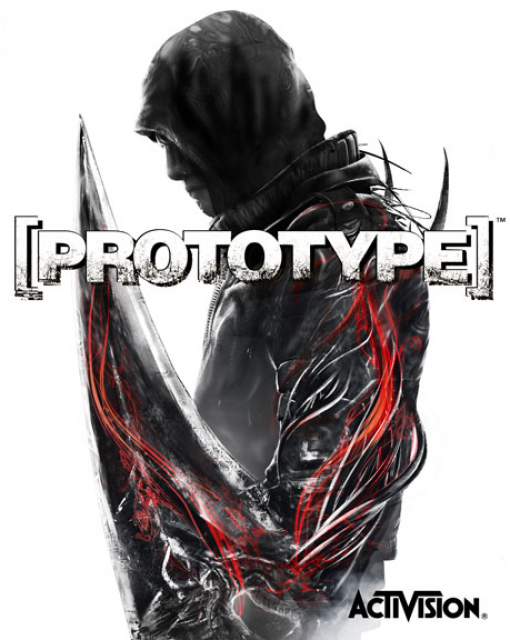