by Jeff Gerstmann on April 1, 2016
Share:TwitterFacebookReddit

Quantum Break is an ambitious experience, but neither the video game nor the live-action sides of this time travel story come together in a satisfactory way.

Quantum Break is an ambitious mix of video game and broadcast television, where each act of action game is followed up by a big chunk of full-motion video shaped like a TV show in size and scope. Things you do during the game can make an impact on the episodes of the live-action show, which is a neat trick. The catch is that neither end of Remedy's latest project is especially great, leaving you with a lackluster third-person shooter that takes 20-minute breaks to serve you up a basic cable TV show that's hard to watch for a variety of reasons. It's a fantastically cool idea that simply doesn't pan out.

The game opens with you, Jack Joyce, returning to your hometown to assist a friend, Paul Serene, with a time travel project, one that your brother is also working on. Things go awry and your friend is sent bumping around in time, where he gets some wild ideas about an apocalyptic event yet to happen and ends up in the past, with enough time to change things around in an attempt to save the universe from said apocalyptic event. Joyce, for his part, gets a set of time abilities, which you use in combat as you battle the probably evil Monarch Corporation. The game twists and turns along the way, as time travel tales often do, folding back in on itself to give you new context for past (or is it future!?!?!?!?) events. The particulars of the story aren't especially noteworthy, but as someone who will end up having at least some appreciation for a time travel story, regardless of its quality, I... ended up having some appreciation for the way Quantum Break's situation plays out.

While Joyce may be the protagonist of the video game side of Quantum Break, the end of each chunk of action spins down into a decision gate where you briefly take control of Paul Serene and make one choice about how to proceed. This means you play as the protagonist and also decide how the game's antagonist responds to the threat that Joyce poses to his plans. These are binary choices and the game gives you a brief window into what each of the two decisions might mean for the next section. The game gives you a Telltale-like percentage after each choice, letting you see both how your Xbox Live friends chose to go and how the player base at large went. You won't make very many choices like this over the course of the game, and while each choice feels impactful in the moment, they often play out around characters that don't feel core to the plot. I didn't like playing Quantum Break enough to want to go back and see how the different choices panned out, but in terms of how it felt the first time through, the paths I chose ended up feeling slight and somewhat transparent, like you could see where different things might be stitched in or ripped out, depending on how you go.

After you make that choice, it's time to sit back and watch some TV. The game breaks up its action with episodes of a show that only focuses on Jack Joyce in the background, instead giving you some back story into characters that feel tertiary to most of the proceedings. Knowing that Monarch's main bodyguard/thug has a baby on the way might give you some insight into his character, but not enough to actually feel like that's meaningful information, especially with the way his character ended up getting handled in the action portion of the game, where he might as well be yet another faceless thug. The change in focus from the action to the show ends up making both sides of the game harder to follow and tougher to care about. It doesn't help that the show itself has a look, style, and tone to it that makes it feel like the type of action sci-fi show that gets wiped off of basic cable before its first season finishes airing. With few exceptions, the TV side of Quantum Break goes nowhere and fills in gaps that you don't really need to be filled. The important story moments still happen in the video game side of the package, though even those important moments are squandered by the game's ending, which feels thrown together in a "oh wow, we're out of game, we'd better wrap this up" sort of way. It's also worth noting that the TV-like episodes stream over the internet by default, which in my case led to uneven performance, with some episodes hitching up so frequently that the game finally gave up and asked if I wanted to just download the episodes. That's 75GB of hard drive space on the Xbox One, should you choose to do so.

Actually playing Quantum Break means you'll engage in a lot of third-person cover shooting and some ill-conceived platforming. The cover shooting is buoyed by your time abilities, which let you do things like stop time around a group of enemies, shoot a bunch of bullets into a stasis bubble, and watch as it all collapses, forcing a ton of bullets into your enemies all at once. You can run faster than fast, letting you get close for melee takedowns. You can pop a time shield around yourself to block damage and have time to heal. You can... cause a time explosion that... kills enemies? You can flip on time vision to see any objects in the environment that you can pick up and/or read? It feels like the developers just came up with a set of abilities and slapped the word "time" on the front of each one. The gun handling in Quantum Break is pretty underwhelming and the powers at your disposal don't feel as cool as they probably should. In some alternate timeline, this game has abilities that work together and chain off of each other, creating a more satisfying feeling of flow in combat. Instead it's simple cooldown management as each of your powers is just about as good as every other one at taking down one or two enemies at a time. Eventually you'll encounter enemies that aren't affected by those time powers, which means you'll have to fall back to the game's mundane shooting on its own. Remedy has delivered fantastic action games with exciting shooting components in the past, and it's a real shame that Quantum Break doesn't follow in those footsteps.

Puzzles usually take the form of platforming sequences. Perhaps you'll have to rewind time in a localized area to make a bunch of fallen obstacles get out of your way just long enough for you to dash through. Perhaps you'll have to run along a frozen catastrophe in progress and take a very specific path to get through. Either way, the movement in Quantum Break feels like Joyce is trapped underwater. It takes too much to get him moving and turning with the type of precision you'd probably want from an action game. Overall, the gameplay feels like it needs more variety, which makes the TV show side of things frustrating, since it features a car chase and other things that probably would've been more engaging if they were in the video game portion of the product.

On one hand, Quantum Break fits perfectly into Remedy's timeline, representing something grander and more cinematic than the fake TV shows and other ambitious little elements that have worked their way into the studio's past work. But it's probably telling that I was way more excited to watch Quantum Break's fake in-game TV show on various TVs found around the edges of the game than the one that was actually produced and shoved into the middle of the action. There are a lot of sound ideas in the middle of Quantum Break and, hey, if you're a sucker for goofy time travel hijinks this game has that going for it, too. But those ideas are the only things holding this project together. The moment you look past that heady connective tissue, every single one of Quantum Break's individual elements fall flat. 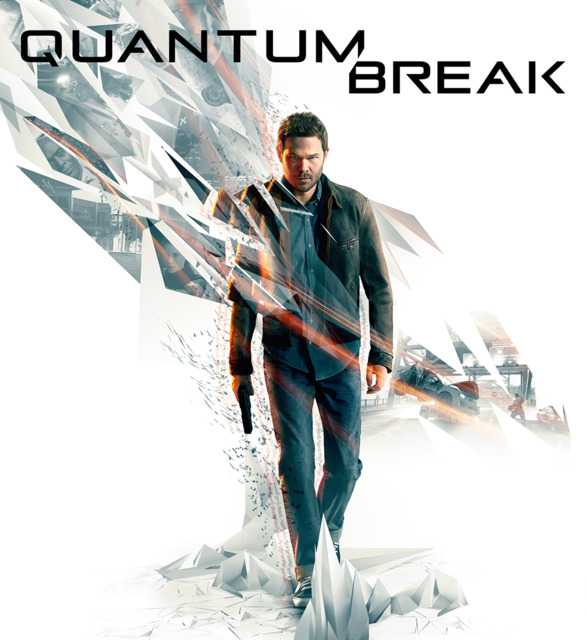