Insomniac reimagines a classic, making it more than a simple movie tie-in.

Remakes and rereleases of classic games have been so numerous in recent years that they’ve become a running joke. Whether it’s an HD shine on Twilight Princess, a remaster of a Resident Evil remake, or one of many trilogies and game collections, the current generation of consoles have no drought of material for those wanting a reason to play old games. Insomniac’s newest offering lies a bit outside of this trend, however. Ratchet & Clank (2016) offers far more than a simple remaster, but also isn’t slavish enough to its film tie-in to make fans of the series feel short-changed. This a fully featured reimagining of the 2002 original, with tweaks and additions that help tie it into the movie. Most importantly, it manages to do this all while feeling like a modern gameplay experience and retaining the chaotic fun the series has been known for all these years.

If you’ve played the original (or the HD Collection version), you’ll notice the initial similarities. Many of the planets from the original make their return, often in the same order and almost always with the same basic visual style. Despite this, many elements within the stages themselves are different. Layouts are sometimes entirely new, and the placement of collectibles (and number of them) is totally different. Rarely did I explore a level and think “oh yeah, I remember this part.” Rather, it conjured up general memories of planet themes as I blasted my way through these stages.

By far, the most obvious upgrades to the original game come in the form of visuals and the weapon progression system. Insomniac takes full advantage of 14 years of graphical advancements and several installments’ worth of memorable weapons, and the end result is a Ratchet & Clank game that never feels like a simple throwback. Visually, it’s one of the most impressive games on the PlayStation 4. Enemies animate beautifully, the environments are gorgeous, and the action is perfectly chaotic with enemies, bolts, and explosions taking up every inch of the screen’s real estate.

With this entry, Insomniac has created somewhat of a “greatest hits” collection of weapons, featuring many favorites that didn’t initially appear until later in the franchise. More importantly, every weapon in the game features a robust leveling system. Having access to favorites like the Groovitron and the Sheepinator in this entry is great, but being able to forge them (and every other weapon) to your liking is even better. By beating the game and starting its version of a new game plus, you can further level each weapon from a maximum of 5 to a maximum of 10, complete with plenty of new upgrades to purchase. Other bells and whistles have also been added, like cheats and visual filters that unlock as you collect hidden gold bolts.

This reimagining of Ratchet & Clank is successful on every front. If you have kids that were just introduced to these characters thanks to the movie, this serves as one of the most effective movie tie-in games out there. If you’re a longtime fan of the series, this entry will bring back fond memories of the original while introducing new elements and featuring all of the solid visuals and controls you’d expect from an action game in 2016. If you’ve never played the series at all, there couldn’t be a better jumping-on point to introduce you to the characters, weapons, and gameplay of Insomniac’s flagship series. The only downside is that it doesn't do anything in particular to push the franchise forward as a whole, opting instead to act as a sort of "greatest hits" of the series' trademarks. Those looking for the next leap forward for the franchise won't get that here, but I'm plenty happy with it serving as a standalone encapsulation of all of the elements that make Ratchet & Clank great. 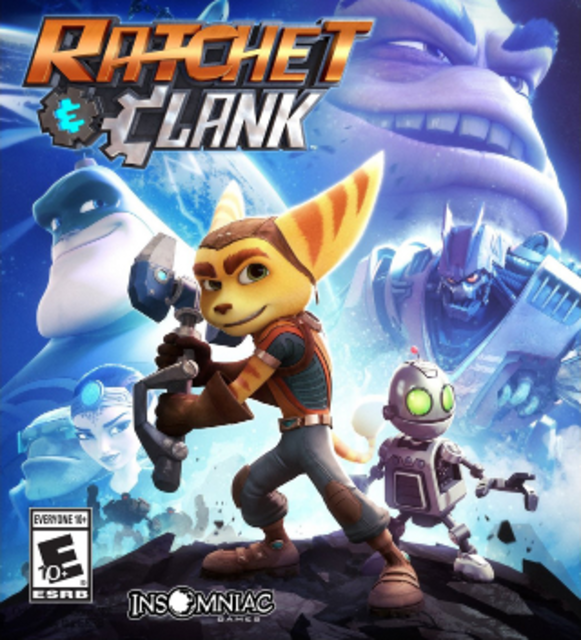