by Jeff Gerstmann on April 3, 2009
Share:TwitterFacebookReddit

Rhythm Heaven's quirky minigames keep you guessing while giving you plenty of things to do and plenty of reasons to keep coming back.

OK, fine, Rhythm Heaven is a simple rhythm game. Yes, when you strip everything away, you're really just tapping or sliding the DS stylus in time to the music. But to lash out at it that way is really missing the point. Rhythm Heaven is a wonderful game that becomes much more than it initially seems via a terrific sense of style and a wide variety of tasks to accomplish.
This is effectively a minigame collection where all the minigames involve rhythm. There's no real story tying anything together, just a big menu where you choose your next game and advance from one task to the next.  The games themselves are usually totally whimsical. The first is a conveyor belt game where you have to launch rods at large nuts in time to the music. Eventually you'll be taking pictures of race cars, playing Ping-Pong, stomping beets out of a garden, fueling up robots, and more... all in time to the music. Each task is short, but it begins with an optional practice session that helpfully teaches you exactly what each game wants out of you. The games are then broken up into tiers that end in a remix game that combines all the other games from that tier into one song.
All of this action takes place on the top screen... or side-screen, actually, as the game is played by holding the DS sideways. The touch screen is basically blank and it doesn't matter where you touch the screen, as long as you touch it. The three actions you'll perform are tapping the screen, holding the stylus on the screen, and flicking the stylus up and off the screen. These different motions are used in different ways, depending on the game. One game puts you in control of a monkey, and you'll tap the screen to make him clap and swipe the stylus up and off the screen to make him jump. A synchronized swimming game has you holding the stylus on the screen to dive and letting off normally to resurface, though sometimes you'll have to swipe to launch up into the air. The game's practice sessions are good about telling you what you'll need to do and which audio cues correspond to the different actions.
There are 30 core games to play before the credits roll, but once you've seen everything once, more tiers and bonuses unlock that feature harder versions of some of the games. Plus, doing well at a game earns you a medal, and your medal count gives you access to various bonus gadgets, like a monster head that doubles as a slot machine, or a little drumming puppet that you can force to play by tapping the screen. These items don't have any real function and aren't really "games," but they're neat to mess around with. You can also get endless versions of some of the games that you can attempt to play for a high score. All of this translates into a game that might not take you very long to "finish," but the quest for medals and more bonuses give the game a healthy amount of replayability.
Of course, the big thing people want to know about any music/rhythm game is if the music itself is any good. It's fine, and a lot of the tracks have very catchy, poppy melodies. But some players who were exposed to the Japanese version of the game may take issue with the localization. Since some of the games use speech to tell you what to do, some of those games have been updated with English lyrics. They're totally fine on their own, though maybe not quite as pleasant-sounding as their Japanese counterparts. Either way, anyone who tries to tell you that Rhythm Heaven has been "ruined" by its translation is being melodramatic and is definitely not your friend.
Rhythm Heaven is a great addition to the DS library that's definitely worth checking out if you've ever liked a WarioWare game. While the style isn't identical, this game definitely shares some of WarioWare's spirit. But a quick word of warning before you run off to order a copy--you will be tapping the screen constantly, and kind of loudly while you play, and that might make the people around you lose it. I swear, the guy on the airplane last night was fidgeting around like he was going to kill me. So... watch out for that. Other than that potential danger, though? Rhythm Heaven is awesome.
Jeff Gerstmann on Google+
Load Comments 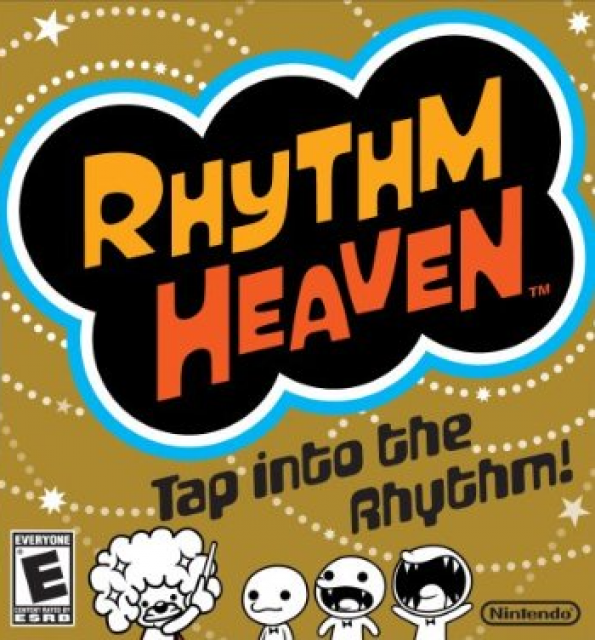