by Jeff Gerstmann on October 16, 2015
Share:TwitterFacebookReddit

Rock Band 4 feels more like a maintenance release than a proper relaunch of this once-popular franchise.

For people in one of a few specific situations, it's fantastic that Rock Band 4 exists. With a great deal of that old downloadable music carrying over from old Rock Band to new, a Rock Band for current platforms means that Rock Band fanatics can start to think about putting away their old consoles and move forward into the now. Rock Band 4 is fantastic when it comes to the basic task of getting a group of people together in the same room and playing Rock Band. It also has some much-needed support for old instruments, allowing people to get up to date without going out and spending hundreds of dollars on new gear (though the new gear feels better than all of my busted-ass Rock Band 2 hardware). Rock Band 4 lets you play Rock Band. And it has a few new gameplay changes. But if you're looking for an actual sequel to Rock Band 3, you'll almost certainly find RB4 to be an incredibly thin offering that only really feels like a full-fledged product if you happen to like the songs that are included on the disc.

I don't really care for most of the songs included on the disc. I won't reprint every single track here, you can go find that list without much trouble. But of the 60+ songs included, I count eight songs that I'm interested in playing. Obviously, that will be a highly personal number for each and every one of you, but the soundtrack, combined with the limited feature set of Rock Band 4 made me wish that Rock Band 4 was offered in a fashion similar to Dance Central Spotlight, which was a low-priced download that came with 10 tracks. At this point, I already own a lot of Rock Band songs. I didn't especially appreciate having these 60 or so tracks specifically forced onto my library.

That said, the DLC process for Rock Band 4 is anything but smooth. A boatload of songs (over 1700) from the previous generation of Rock Band were made available on launch day, and if you already owned those songs previously, you could redownload them for no additional charge. Assuming you could find them. On the Xbox One, this required me to manually scroll through the entire list in search of songs that said "Purchased" next to them instead of "$1.99." Later I discovered that, for whatever reason, some songs that I already owned weren't showing up as "Purchased," forcing me to guess a bit and click the buy button on some songs to see if it was going to try to charge me or say "oh, hey, you already own this!" For a game with this much content in its marketplace, this process is wholly unacceptable. It's also worth noting that, of the songs that made the jump from old consoles to new, the disc exports of previous Rock Band games aren't on that list. So if the bulk of your add-on music comes from that process, you're not going to find those here. Harmonix appears to be working on bringing additional old music to the new catalog, so hopefully that gets done at some point.

The list of modes and options in Rock Band 4 is thin, though since "Quickplay" seems to be the only mode I've really played over the last several years, this isn't the end of the world. But if you happen to be interested in playing online, you should know that this doesn't let you do that. The character creator and band creation options are reduced and the bombastic video sequences that have peppered other Rock Band games don't appear to be here, either. It has something resembling a career mode and a multi-song show mode for cases where you and your band want to keep going without having to bounce back to the song list after every track, but that's about it. The real changes come in the gameplay itself.

Guitar solos have changed, by default, to freestyle solos. Instead of the charted notes that make up the actual solos in the actual songs you're playing, Rock Band 4 replaces all that with, effectively, whatever you want. The game will synthesize a guitar track based on what you play. It'll keep you on-time and in-key, so even flailing away on your plastic instrument will result in something that is at least technically correct. Playing your own solos is fun, but I ran into a few cases where I hit a note and the game took a beat to catch up and actually make noise (probably in an attempt to keep whatever I was playing on-beat). It left me feeling completely disconnected from the experience. Also, even when you're sticking to the notation that's put in place to tell you which parts of the guitar it wants you to use during each part of the freestyle solo, it sounds kind of lame. The guitar tone often doesn't fit with the rest of the song and the whole thing just feels off too often to work. It's fun to noodle around on the guitar and see what happens, but when push came to shove I ended up disabling the freestyle solos and going back to the old, charted solos.

Drums have gone the other way by default, replacing freestyle drum fills with charted fills that you use to activate overdrive. Considering that most people can't pull off a proper-sounding drum fill to save their lives, giving them a little guidance is a smart change. However, it suffers from the same problem as the guitar stuff in that the drum sounds used for the fills don't always fit the drum sounds used in the song you're playing. So it sounds like some sampled, electronic drums just start sounding off a the wrong volume when you enter a drum fill. Vocals have a freestyle option, too, letting you sing harmonies instead of robotically sticking to the way the song was recorded. That's a nice change.

Oh, and unlike the previous game, Rock Band 4 doesn't support the mini-keytar peripheral at all. Again, it's one of those things that isn't the end of the world on its own, but the whole package feels like one of those "death by a thousand cuts" situations.

Rock Band 4 doesn't feel like a grand, triumphant return for rhythm games. It feels more like a minimum viable product than the fourth game in a long-running and popular game franchise. If you're looking for a way to play Rock Band on new consoles, this allows that. And not much else. Stack on the storefront issues that make old DLC hard to import, the lackluster sound of the freestyle guitar solos, and a minimal set of options, and the whole package gets a little hard to recommend to anyone other than diehard fans who just want a way to play the game on current machines. 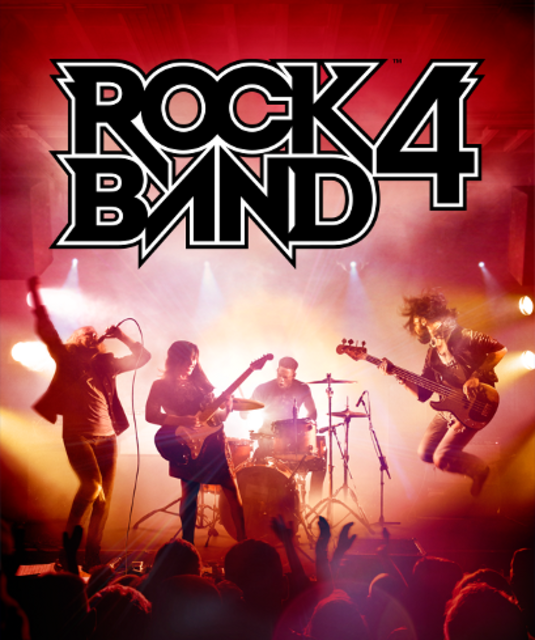