by Brad Shoemaker on November 23, 2013
Share:TwitterFacebookReddit

Ryse leans too heavily on its merely decent combat, but at least it looks really, really nice doing so.

Ryse: Son of Rome is the Xbox One's premiere launch game, in the sense that a console launch game plays like something that could have been made on the previous hardware, if it weren't for the fact that it looks way, way better. It's a simple, straightforward hack-and-slash revenge tale that sends you traipsing through a historically fuzzy version of the Roman Empire, gutting and dismembering hundreds of enemies along the way. The game's core fighting mechanics are solid enough, but the lack of much else to do makes all that combat repetititve as the story wears on. At least it looks really pretty.

You're in the role of Marius Titus, son of a prominent senator and a newly anointed soldier in the Roman army. Well, Marius is actually old and grizzled at Ryse's outset, but after a brief tutorial set during a barbarian sack of the capital city, the game flashes back to the beginning of Marius' career, when his family is murdered unexpectedly by a group of assassins. From there, each chapter jumps from one highlight of Marius' military experience to the next, until you finally catch back up to the present day and the story threads, simple as they are, start weaving together. The game's villains twirl their mustaches a bit too obviously, but it's still easy to get caught up in Marius' burning desire to avenge his family and defend the honor of Rome, possibly because his character model's face has such a convincing grimace every time he slashes an enemy's throat or bangs his sword and shield together. The character performances are adequate to make it worth watching the tale play out, even if it seems obvious where it's going to end up about halfway through.

To get to that ending, you will fight. You will fight a lot. Ryse's arena-like combat, which pits you against anywhere from two to six enemies at a time, must comprise at least 90 percent of the story campaign, so it's a good thing the combat isn't half bad. It's not quite as exacting or varied as something like Arkham Asylum, but the concept is similar. You've got a basic sword slash and a shield bash that will break burlier enemies' guard, a dodge roll, and a block that leaves attacking enemies open to a counter. Managing the combat in larger groups becomes a fairly satisfying exercise in whittling down one specific enemy while dodging and countering other enemies when necessary. Once an enemy is near death, you can start an execution move that makes you hit the sword and shield buttons based on the colors the enemy is flashing during the animation, of which there are dozens.

There's a decent carrot-on-a-stick upgrade system at work in Ryse that makes it appealing to do more than mash your way through the combat. (Actually, you can't really mash at all, since enemies will start dodging your attacks if you use the same kind of attack too long.) Timing your blocks and combo hits precisely will break enemies' guard more readily, and increase your combo multiplier in order to put you into a "burning eagle" mode that makes your regular attacks more powerful. And you can select one of four perks that your executions will feed into: experience gain, health recovery, damage boost, or focus (which lets you slow down time and stun enemies around you for a short period). You can pick which of these categories you want your executions to buff at any time, so while I typically left the XP boost on so I could level faster, it was useful to swap over to health once in a while when I was almost dead. Hitting the attack prompts in an execution turns into a sort of minigame, since the faster and more accurately you hit the required attacks, the bigger the bonus at the end of the execution. Microsoft is selling experience to unlock the various combat upgrades for real money, which is patently absurd, but also hard to get upset about because leaving your XP boost enabled and doing a decent job of pulling off the executions will cause you to level extremely quickly. I had unlocked every character upgrade and almost all of the alternate execution animations by the end of the game, purely by playing it as normal.

Ryse's combat would be an effective component of a broader, more robust game, but unfortunately there's not a lot else here to occupy your attention. You'll occasionally be asked to jump onto a giant crossbow turret and take down enemies from afar, and once in a while you'll join ranks with your soldiers and advance on a position of archers, marching forward in formation until you hunker down behind your shields to withstand the rain of arrows. This looks cool but is extremely simplistic, perhaps owing to Ryse's former incarnation as a Kinect game. A few of the levels have basic branching points where you pick one of two similar paths or decide whether you want to man one of those turrets versus remaining on the ground and brawling it out. There are quite a few very impressive set pieces that have you fighting amidst gigantic battles with a realistically shaking camera and calamity all around you. Those moments are exciting from a cinematic standpoint, though at the end of the day you're mostly just performing the same combat routines in the middle of them. But they do look very impressive.

As a launch game on a new console, looks really are Ryse's biggest selling point. This is arguably the most graphically intense game of the entire launch. The game is absolutely gorgeous in almost all cases, with a level of high-contrast lighting, particle effects, and general fidelity that gives a good early indication of how far developers can take games on these new consoles. Even when the combat starts to wear out its welcome later in the game, seeing each new area and the over-the-top action sequences that occur within them is fairly appealing in a "wow, I haven't seen something look that good in a game before" sort of way. If you're really hungry for more Ryse, there's a two-player co-op mode that recreates many of these sorts of scenarios, and some new ones, in a theatrical arena format, though once the credits had rolled on the story I can't say I was immediately ready to cut down dozens more enemies in the same way I'd just spent the last six or eight hours doing. If you really enjoy the combat, there's a separate character level and discrete equipment to unlock in the multiplayer that should add a few more hours to your time with the game.

If you're going to play Ryse, you'd be best served playing it in smaller bursts rather than trying to tackle all of it at once. What's here is reasonably well produced--and would serve as a sturdy foundation for a sequel, should one ever materialize--but there's not nearly as much depth and variety as you've come to expect from the best games of the last few years on the old consoles. Ryse makes a good showpiece if you've bought into the Xbox One early, but at full price it feels a little thin. 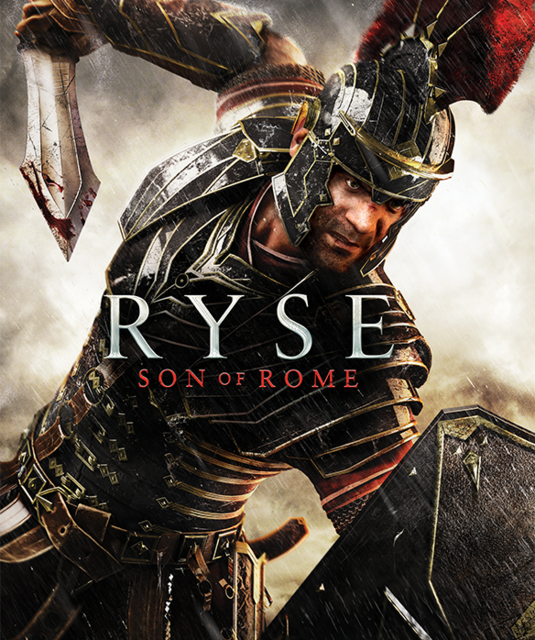