by Jeff Gerstmann on August 17, 2009
Share:TwitterFacebookReddit

Shadow Complex is amazing from start to finish... and after you finish it, you'll probably feel like diving right back in for another run.


Upon completing Shadow Complex--a task that took me close to five hours--the first thing I did was reload my final save so I could go back and collect all of the items I missed. Three hours later, I had cleared the game with 100 percent of the items collected. With that out of the way, I started over on a harder difficulty setting. That's the nature of Chair Entertainment's side-scrolling action-adventure. There's enough to it to probably satisfy people who only like to complete single-player games once, but it's set up in a way that really inspires you to play it again and again.

The game itself is an updated take on the great side-scrolling adventures of the past, like Super Metroid or Castlevania: Symphony of the Night. Much like those games, you're presented with a large world that's sectioned off into areas that can't be accessed without specific items. So the game progresses as you fight your way through an underground facility, collecting new items and getting closer to figuring out what the heck is going on around there.

The reason this facility is such a mystery is because you're not some super-secret mega spy. You're just some dude, enticed to go cave exploring in the Pacific Northwest because of some girl you met the night before. She's immediately captured, leaving you with nothing but a flashlight. As it turns out, you've stumbled upon a base for the Progressive Restoration, some sort of secret terrorist force that's in the final stages planning an attack on San Francisco, with designs to take over the entire country. As it turns out, they've teched the hell up, too, because the facility is churning out big mechanized units and some kind of super armor that you'll slowly piece together over the course of the game. The game's story is only really a factor in a few specific spots, as there's a real focus on the action. You'll only learn about your foes by overhearing conversations between enemy soldiers. It does, however, wrap up just fine at the end, both providing a touch of closure while giving you the impression that this budding conflict is far from over.

Though you won't start with much, by the end of the game you'll amass quite the arsenal. Your weapon will upgrade from a simple pistol to some kind of killer auto- shotgun. You'll get a jet pack that lets you double and triple jump. You'll get grenades, missiles, and a foam gun, each of which is used to open specific passages. The foam gun is cool because you can also use it to incapacitate enemies or attach it to walls to create walkways or platforms.

By default, the map screen in Shadow Complex provides you with a bright blue line that shows you exactly where to go next, along with a line of text detailing what you're supposed to be doing next. Playing this way makes the game feel pretty linear, but along the way it's easy to get curious about what's off in some other direction and start exploring. Exploring every little corner of the map is what gets you a ton of additional items. Most of it's just extra ammo capacity for your secondary weapons, but health tanks and armor upgrades become pretty vital, especially on the higher difficulty settings. You'll also find gold bars (which unlock a special little something if you get them all) and pass-key components that... well, it should suffice to say that every item in the game serves a pretty meaningful purpose.

Unlike most other games of this sort, Shadow Complex utilizes the right stick for analog aiming. This lets you pick off head shots from a distance, nail guys from behind cover, and really makes the combat satisfying. The melee attacks, which cut away to up-close animations of enemies getting jacked, are also a lot of fun. You'll encounter a few larger enemies along the way, too. While most of them aren't involved enough to be considered full-on boss battles, things like spider-like walkers or little two-legged mechs get their own lifebars and take a bit more work to bring down. I found that just hammering on the grenade button until everything around you is dead is a good way to go for most of these bigger fights.

Fighting enemies also has another benefit--you earn experience points as you go, both for destroying enemies and simply exploring the facility. You'll also earn an experience bonus for behaving in a more tactical manner, like getting headshots or using melee attacks. Every time you gain a level, you either earn a quick statistical boost, but every 10 levels you get something bigger, like a health increase, or infinite ammo for one of your secondary weapons, or something like that. The highest level is 50, and that's not a number that you're likely to hit on your first playthrough, but your level carries through from one session to the next. I finished the game at level 23, and after playing for another eight or so hours, I'm now in the mid-30s. Higher difficulty levels get your more experience, too, giving you a reason to pump things up to one of the harder settings.

If you're looking to get away from the campaign, there are a series of challenge rooms to play through, as well. Each has its own leaderboard, letting you compete against friends for the best score. There are also leaderboards for things like melee attacks and head shots. Sort of like Burnout Paradise or Shatter, Shadow Complex gives you leaderboard updates on the fly, so when you pass a friend's headshot count, a little pop-up lets you know. Seeing that pop-up made me go on an all-melee killing spree for an hour or so, just to distance myself from the pack. It's a terrific implementation of what's an otherwise standard feature in today's games.

Visually, the only time Shadow Complex reminds you that it's not a full retail product is in some of the cutscenes. Specifically, when your lady friend is shown up close, her face... doesn't look so great. You'll also occasionally see that trademark Unreal Engine 3 graphical quirk, where the low-res graphics load in and sit there for awhile before being replaced with the detailed visuals. But all in all, the game looks great. The base is large and detailed, and it makes great use of lighting to help set the mood. There's one spot where you're walking through a room that's lit in red, and you're backlit, so you just see Jason's silhouette walking through a red room. It's pretty striking, and it certainly helps set Shadow Complex apart from the pack when it comes to digitally-distributed console games. The music, also, exists to set the mood. It doesn't get all action hero cheesy on you. Instead, it comes in during meaningful sequences and sort of stays out of your way. One scene where you're swimming through a flooded section of the base triggers a quiet, mostly piano piece that fits incredibly well. There's also a little musical sting that lets you know when you've cleared a room of enemy soldiers, which is handy in cases where you can't see the entire room on-screen at once.

Shadow Complex is an incredibly well-made game that finally grabs the " Metroidvania" subgenre and drags it into the modern era instead of relegating it to a land of remakes or portable games. Players that obsess over speed runs and 100 percent completion will certainly find a lot of replayability, but even players who just want to play a game start to finish and move on will find that the quality of Shadow Complex makes it well worth its $15 price tag.
Jeff Gerstmann on Google+
Load Comments 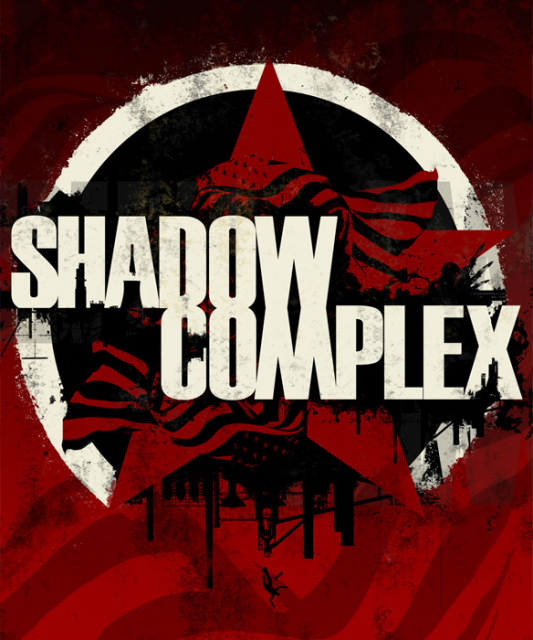