by Jeff Gerstmann on November 14, 2011
Share:TwitterFacebookReddit

After the first couple of hours, I was just about ready to write Super Mario 3D Land off entirely. It's not that it's a poorly made game or anything--it's actually a great-looking, colorful game that controls well and makes good use of its platform's unique 3D abilities. It's just that it was easy to a fault, almost like it was made primarily for people who don't play a lot of video games. Most of my deaths in the first few worlds came from my own carelessness rather than any sort of tricky gameplay. But just as I was starting to get bored, the game started ramping up. So don't be alarmed by its slow start. Between some tricky moments in the later worlds and a whole "second quest" sort of situation that opens up once World 8 is complete, Super Mario 3D Land handily overcomes its early game doldrums and turns into a more engaging set of levels.

Hey guys, spoiler warning over here, but Bowser has kidnapped the Princess again. Crazy, I know. That's the only real impetus you'll get to go traipsing through another set of decidedly Mario-esque levels, but by this point, that's more than enough. The level design is what's truly special. Though you can run in any direction with full analog control, the game works from a set of fixed camera perspectives that, at times, look like the old 2D sidescrollers with a little bit of Z-axis movement in them. Occasionally you'll get a top-down view of the action, which enables the developers to create a quick homage to The Legend of Zelda. And some spots play around with perspective as it relates to the 3DS' 3D abilities by placing platforms in spots that would look easily reachable if your 3D slider is turned all the way down, but when you flip it up to 3D, you'll catch that things aren't quite what they seem. It's worth noting that, in these specific cases, the game has a platform you can stand on that rotates the room a bit so you can see the illusion for what it is--useful if you're unable to process the 3D at all. The levels span the typical assortment of lava levels, fields, underwater zones, and the like, and they bring back enemies and concepts from more than a few different old Mario games. You'll see some Super Mario Galaxy in here, but you'll also try to hop on top of a flagpole at the end of nearly every level, just like the original Super Mario Bros. did.

The optional-but-not-really-optional goal for each level is, once again, to collect three star coins along the way. Some of these are plainly visible and easily accessible. Others are stashed away behind secret walls that you might only find if you're really paying attention or running behind objects in the world as you search through every little area you can think of. Later on, they just start to get devious. I've always been more of a fan of the Super Mario World-style secret exit concept than any of this coin business, but they both serve a similar purpose by getting you to do more than blast through every level as quickly as possible. Some optional levels have coin requirements, and you'll need 100 coins to see the game's first "final level." The second set of eight worlds that opens up afterwards has even higher requirements. At some point, this means you'll probably have to return to earlier levels to mop up some stars you ignored the first time around. If you're a completionist, you'll probably enjoy that aspect of the game. For me, I mostly just wanted to see the exciting new levels and the harder twists on existing levels, so the backtracking was a real momentum-killer.

The game makes the most of a few buttons, using one to jump, another to run and shoot fireballs (or boomerangs... or spin your tanooki tail), and a trigger for butt stomps and crouching. This version of Mario doesn't punch or kick, but he can wall jump or crouch to charge up higher backflip jumps, giving you more than enough mobility to handle your business. The tanooki suit gives you the ability to flip your tail for a gentle glide, which is great for simply drifting over obstacles instead of dealing with them directly. If you run into a level that's too tough for you, a golden tanooki suit will appear at your respawn point, and this makes you invincible to everything other than falling off of a level. Think of this as your "Super Guide" equivalent. It's... kind of useful in a few levels. No shame over here. Look, I used it a few times, just for the review, OK? Stop judging me! Point being, the control is tight in the ways you'd expect from a Mario game.

The game makes good use of the 3D effects both in its level design and with a few little camera tricks that remind you "hey, this is in 3D, remember?" The camera tricks are things like caves that have you heading back into the background of a stage, only to be chased out by a sea monster that's swimming directly at the camera. Fire blasts that pop up out of the lava and launch platforms into the air also look really great, and the 3D provides you with information that isn't conveyed quite as well in 2D. Yup, it's a game that wouldn't be quite as cool anywhere else. The audio is also warm and memorable in that classic Mario way. You'll get a lot of remixes of existing material, and most of it's great. I thought the remix of the "you got a star and dude, you're totally invincible now" music was kind of weak.

Everyone seems to keep asking if this is the game that makes the 3DS worth owning, as if they're waiting for one single game to send them off to the store so they can invest in a new platform. I don't know that I'd go quite that far--the slow start burns up a lot of levels with areas that aren't particularly challenging or effective as tutorial sequences to prepare you for the rest of the game. But if you've already made the investment in a 3DS and you're looking for something--anything--that resembles a must-own game, Super Mario 3D Land is precisely that. 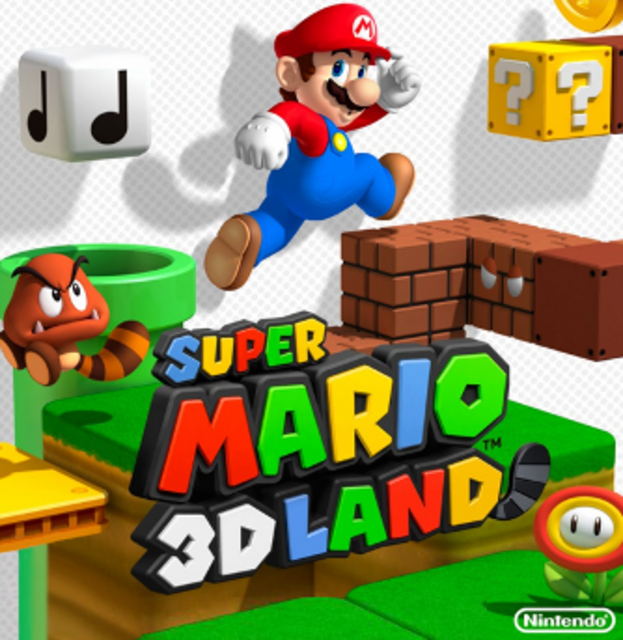