For the first time in the franchise's 15-year history, you can pummel your friends on the go. It comes with some drawbacks, but not enough to get in the way of another chaotic, fun experience.

Smash Bros. has served as a love letter to Nintendo’s fans for 15 years, but the publisher has demonstrated a surprising amount of restraint when it comes to releases in the franchise. This new 3DS entry is only the fourth installment on as many consoles, and its roster and features put it on par with its predecessors in several ways. Shrinking the experience down to a portable console comes with its drawbacks, but Super Smash Bros. for Nintendo 3DS should do a great job of giving fans something to do until its big brother releases on the Wii U.

Much of the hype around any new Smash Bros. is focused on roster reveals, and the new assortment of playable characters is the best yet. Several new characters are welcome additions, and they stand alongside the original crew of twelve and most of the fighters from Melee and Brawl. Little Mac and the Wii Fit Trainer are among my favorites, each armed with an array of speedy melee attacks (Mac’s B-Down counter is an incredibly satisfying method of eliminating opponents). While several leaks ruined many of the unlockable surprises, the secret characters are great choices and feature tons of clever special moves.

Stages are characters in their own right in this series, and the new ones manage to hit the high bar of quality Smash Bros. is known for. Some involve a bit of interactivity, such as the Golden Plains level that offers stat boosts after collecting 100 coins. Pac-Man’s stage even incorporates elements of the original arcade game, making enemies more vulnerable if you collect a power pellet.

One area of downsizing is in the single-player offerings. Whereas Brawl featured the large Subspace Emissary campaign, the new 3DS title offers nothing as ambitious. A new Smash Run mode (which can be played in single- or multiplayer) consists of a five-minute maze that features numerous enemies to conquer en route to a final battle, but without any of the ludicrous cutscenes or progression from Subspace Emissary.

Minigames like the home run contest, Multi-Man Smash, and the Angry Birds-like Target Blast are included, and Classic mode offers the traditional march to Master Hand. This time around, Classic offers branching paths and difficulty levels that offer various chances at trophies, coins, and new moves for Miis and existing characters.

That last reward type is one of the biggest changes to the existing Smash Bros. formula, allowing players to create and tweak alternate versions of their favorite characters. Not a fan of Mario’s standard cape that reflects projectiles? You can unlock and utilize a different cape that electrifies enemies it touches (while omitting its reflection ability). These customization options are great if you want to optimize your favorite characters, but you can turn off custom characters in multiplayer if you’re looking for a more traditional experience.

For all the trophies, stages, characters, and other assorted goodies you can unlock by yourself, Smash Bros. has always been a multiplayer game at heart. The portable nature of the 3DS takes away some of the joy of playing with friends, as the series is best enjoyed on a TV with a traditional controller. Controlling your characters with the 3DS circle pad doesn’t feel quite as responsive as the GameCube analog stick (or even the Wii’s nunchuk), but it’s functional. My main gripe with multiplayer was in its connection issues. Local play works fairly consistently, but I was frequently saddled with lag and connection issues when I tried to take the action online. This same issue was present with Brawl, but part of me hoped that Nintendo would have improved their online offering somewhat with this new entry. Unfortunately, Nintendo’s failure to evolve in terms of online play continues with this high-profile title.

With Super Smash Bros. for 3DS, Nintendo has checked many of the biggest boxes for a sequel. The roster is bigger and better, a large variety of fun stages has been added, and some cool tweaks like character customization make their debut. Spotty online offerings, the drawbacks of being on a portable console, and the lack of a substantial single-player mode hurt the overall experience, but not enough to tarnish the series’ name. If you’re a longtime fan of Nintendo (or just the Smash series in general), there’s plenty here to keep you busy until you can play it in its ideal form on the big screen. 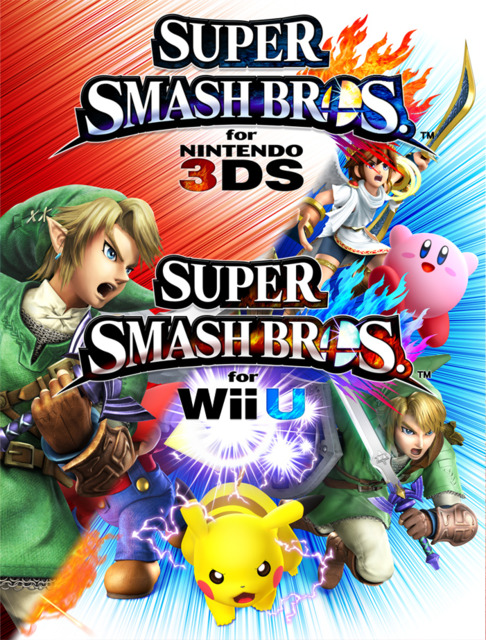