by Jeff Gerstmann on April 26, 2010
Share:TwitterFacebookReddit


If you are still interested in playing Street Fighter IV, it's worth your time and money to upgrade to Super Street Fighter IV, an updated version of the game that adds 10 new characters, new backgrounds, a new announcer, new moves for every character, and a light coat of rebalancing that might only be noticeable if you're extremely serious about fighting games. The online mode is still the star of the show, and the options available for Internet-based fighters have been streamlined in some ways and expanded in others. While you'll probably notice a few spots here and there that could have been better, the game's $40 price tag ends up making SSFIV feel like a terrific value that anyone with even a passing interest in fighting games should be able to get into on some level.

SSFIV even makes some attempts to help lesser players get better by giving you way more opportunities to watch other players fight. The new Endless Battle mode is essentially a better name for "Quarter Match," and it allows up to eight players to get in and fight forever--two players throw down while the rest of the players watch and wait for their turn to fight the winner. The game also has a new "replay channel" option that lets you view other online battles, as well as the ability to save any match you're watching for later viewing. The last 30 of your own fights are even saved automatically, giving you ample time to study or, if you like, save them.

Once you've saved replays, you can invite other players to connect to you and chat while watching replays. However, the whole system lacks a proper search function. So if you're, for example, trying to find the world's greatest E. Honda players and glean a few tips from the way they fight, the best you can do is either sift through a short list of the latest replays and hunt for a Honda icon or pick the "originals" option, which only shows replays that have at least one of the original eight World Warriors in them. There are other channels for the characters that come from the Alpha series, boss characters, and so on. It's a neat idea, but it'd be a lot more useful if you could set some search parameters like "show me all of the Honda matches where Honda beats Sagat" or something like that. With the right tools in place, this could have been an entire Street Fighter-themed social network. Instead, it's a fun curiosity that should have been more useful.

The single-player game hasn't changed much. You can still mash Zangief's lariat over and over again to beat the AI on its hardest difficulty setting, and even if you aren't just spinning your way to free achievements or trophies, it's not the sort of thing you'll want to stick with for any serious length of time. The great news is that, unless you're fiending over achievements, you don't really need to touch the single-player at all, because all of the game's characters are unlocked from the get-go. As you select fighters in any mode, you'll unlock their additional costume colors and taunts. So jumping online with reckless abandon--or at least just limiting your single-player experience to the training and challenge modes--is probably the way to go. All you'll miss are some new rival battle exchanges for the new fighters and some mostly lackluster opening and ending videos.

Aside from the Endless Battle mode, SSFIV also has a team battle option, where two teams of up to four players can fight it out. The winning player stays on to fight the opposing team's next player, leading to potential one-character victory situations where one player runs through an entire team by himself. There are also ranked matches, which have been streamlined to get you into a game more quickly, instead of presenting you with potential choices for opponents, all of whom invariably get matched up with other opponents while you're still staring at the list. The online performance seems to be just fine, as it was in the previous game.

The game's 10 new characters come from all over the Street Fighter universe, and they include two brand-new characters that already feel like a lot more fun than the four new fighters introduced in the previous arcade release. Juri is a lithe little lady with a speedy mid-air dash kick and some ground-based flip kicks that make her fast and fun to use. Hakan is the exact opposite, a big grappler with crazy ultras and the ability to oil himself up, which makes him a more effective fighter for a brief period of time. Figuring out when to apply oil without getting hit is tricky, but Hakan's wild techniques are worth the effort.

The other eight characters represent other eras in Street Fighter history, and include a trio of Street Fighter III fighters. While I'll probably never truly figure out what makes Makoto tick, Dudley and Ibuki are fun inclusions. Guy, Cody, and Adon represent the Alpha series nicely, even if I'll never be able to accept Cody's "bored prisoner" character. The other two New Challengers from Super Street Fighter II, T.Hawk and Dee Jay, round out the cast. Between Hakan and Zangief, I feel like the grappler quota is already well-filled, though Dee Jay's cross-ups are still in effect.

The new characters bring the total up to 35 fighters, which is a healthy number. Each character has been given a light once-over with balancing issues in mind, and every character now has an additional ultra attack. Like Street Fighter III's super art select, you'll pick which ultra you want before heading into battle. Ryu's new second ultra, the Metsu Shoryuken, is really just a big-ass dragon punch... but the visual effects and sound design for it blow away almost everything else in the entire game. It's an amazing move that looks and sounds like the victim's just going to explode or something. There are a couple of other visually striking (and even more extremely useful) new ultras in the game, but Ryu II takes the cake. Most of the others, new and old, pale in comparison.

Other parts of the game's presentation have been redone, as well. There's a new fight announcer, a lot of new (and great) music, and a whole new batch of titles and icons to unlock as you fight. There are some great new backgrounds, too, including a Metro City-themed stage and another that takes place during a solar eclipse. Also, on that particular stage, hippos wander up as the fight continues, and they look on as you pound each other. While the graphics haven't been completely overhauled or anything like that, Super Street Fighter IV is still a great-looking game.

On top of all that, SSFIV comes with a nice, full-color manual that does a respectable job at teaching brand-new players the basics, from what the buttons do to the concept of canceling one move into another. However, there's still a big, tutorial-shaped hole in Street Fighter IV. You're left with the impression that if the challenge mode would just show you what it's asking you to do before you do it, or if there was some even more basic training that would show players how to properly use focus attacks and dash cancels, more introductory players would go on to become better, smarter street fighters. Of course, a fighting game is only fun if you're matched up with like-minded, similarly skilled opposition, and in this respect, the game seems to be able to help you have fun, regardless of your skill level. SSFIV makes last year's fighting game a lot better, and it does it at a less-than-full retail price. Like I said up top, if you've got any interest in fighting games at all, Super Street Fighter IV is a killer deal.
Jeff Gerstmann on Google+
Load Comments 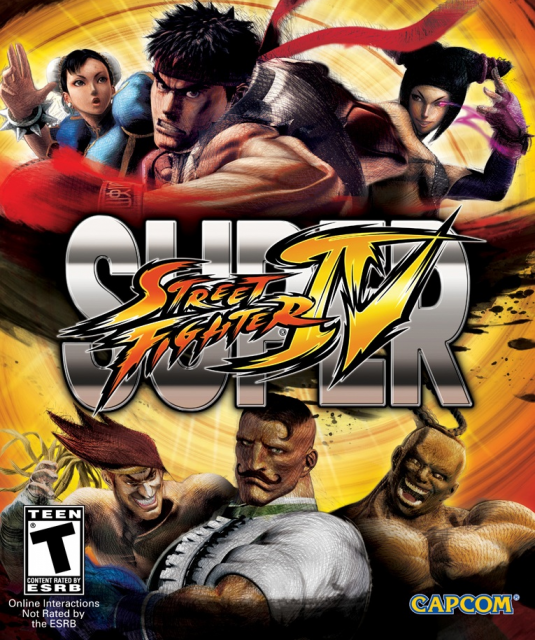 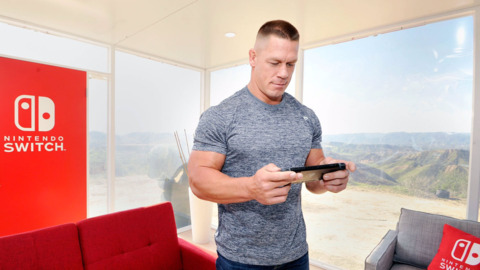