by Alex Navarro on January 22, 2013
Share:TwitterFacebookReddit

Ron Gilbert's lightweight morality play offers up some cleverness and challenge, but never completely coheres into a memorable whole.

At its best, Ron Gilbert and Double Fine Productions' The Cave is an intriguing oddity. It's the closest thing I've seen to a straight-up morality play in a video game, a sort of cautionary tale of greed, lust, hatred, and whatever other deadly sins you can dream up, told through the mechanics of a classic side-scrolling adventure. And at times, that concept actually proves interesting. There are more than a handful of moments in The Cave where the mechanics, the odd storytelling structure, and the game's visual style all cohere into something a little bit wonderful. Unfortunately, it's the other portions of the game you'll be spending more time with, and they're a bit less entertaining.

Built with the skeletal structure of a classic 2D adventure game, The Cave largely eschews that genre's tendency toward larger, overarching narrative, and instead focuses squarely on the bite-sized tales of seven protagonists, each of whom have come to the eponymous cave for fame, fortune, or some other manner of selfish pursuit. You can only pick from three of the available characters--who include, among others, a money-hungry scientist, a jauntily wrathful hillbilly, an aggressively lazy monk, and a pair of creepy, murderous twins--and once you have your team assembled, you'll have to individually navigate them all through the myriad nooks and crannies of the cave.

The Cave employs a story structure that allows its individual character stories to be woven into a larger level progression. Many sections of the game play out every time, regardless of who you choose. But in between those sections are whole levels tailored to specific characters. These are where your team's individual stories of grave robbing, parricide, or timeline altering chicanery play out.

All the while, a narrator eggs you on, pointing out the various character flaws and misdeeds of your misbegotten spelunkers like an omnipresent Rod Serling. In the game's fiction, this voice is The Cave. It is a cave with consciousness, personality, and sarcastic opinions. This is where the bulk of the game's comedy comes from, given that none of the playable characters ever speak. Mostly it's cute, clever stuff, though I can't say it ever elicited more than a few chuckles out of me. More often it's the kind of funny you acknowledge for being funny, rather than the kind you laugh out loud at.

Granted, I'll chalk at least some of that non-laughter up to my concentration on the game's puzzles. Each section of The Cave is replete with traditional adventure game puzzles. Acquiring and combining items is often the key to progression, though which items go where is often obfuscated, as one might expect. Some puzzle sections are unquestionably tougher than others. The knight character, for instance, offers up a mostly breezy level section that only requires a bit of navigational attention be paid. The time traveler, however, jumps between periods in time and offers up the kinds of causality-related puzzles that often lead to people just hating things with time travel in them.

Again, many of these puzzles are clever, challenging little buggers, but not unpleasantly so. Only the time traveler section really goes off the deep end, whereas the other levels often just require some solid critical thinking and understanding that every object and highlighted area is usually there for a reason.

The unfortunate side-effect of The Cave's level designs, however, is that they're often incapable of keeping up with the player's brain. Too many of The Cave's puzzles are solved by repeated backtracking. Which isn't to say that the environments are too huge to quickly run through again and again, but that makes it no less tedious. Especially after you've had your "aha!" moment, and find yourself having to run back and forth several times, including sections where you have to get all three of your characters into just the right place, before you can actually proceed. That last issue is negated somewhat when playing the game's offline-only coop mode (in which the camera still only focuses on one character at a time). But the disconnect in time between realizing the solution and actually bringing the solution to fruition still frequently feels overlong. In this regard, it can be difficult to really get into a rhythm with The Cave.

The game's multiple-playthroughs-required design doesn't necessarily help this problem. While I did have fun going back and checking out the new levels I had access to on my second playthrough, I was less enamored with having to play through the non-character-specific areas I'd already done. And I don't expect I'll be going back for a third go-around, either, due to the odd numbering of characters available. Having to replay two stories really doesn't sound appealing enough to warrant checking out that last one I haven't seen.

Which is a shame, because on my initial play-throughs, I enjoyed large swaths of what The Cave had to offer. It's a sharp-looking game, the voice acting is largely on-point and funny (if occasionally obnoxiously repetitive), and there are at least a few solid hours worth of puzzle-solving to be had here. It's just that those hours don't really add up to a whole lot in the grand scheme of things, ultimately relegating The Cave to an interesting curiosity that sadly doesn't have much sticking power. Its moral finger-wagging never really amounts to more than thematic window dressing, regardless of how you end up finishing the game, and its puzzles are just intriguing enough to keep you interested for the duration. There is most certainly fun to be had in The Cave. I just wish its promise of an eminently replayable adventure ultimately proved truer. 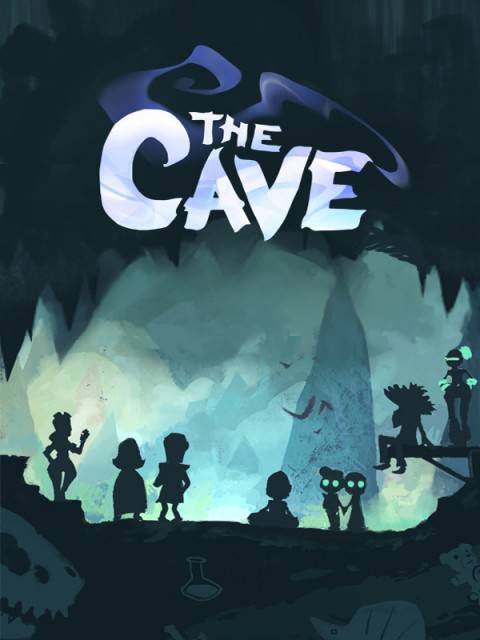